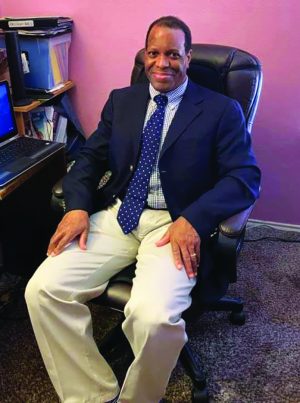 Tony Wallace had three loves: God, his family and nursing.

“He knew heaven was where he was going to go,” said his daughter Sarah Wallace, joined on stage at the Altamesa Church of Christ by her sister, Tiffany Wallace. “Even though we didn’t plan for it to happen this way, he died in the house of the Lord, serving.”

Anton Lamont “Tony” Wallace, 64, was killed Dec. 29 while serving communion at the West Freeway Church of Christ in the Fort Worth suburb of White Settlement.

“Even though the pain of missing him will never go away, I know my mom (Julie Wallace), my sister and our family will get through this,” Tiffany Wallace said. “He made us strong. We were the luckiest people in the world to have him in our lives and to be able to call him Dad, husband, Papa and friend.” 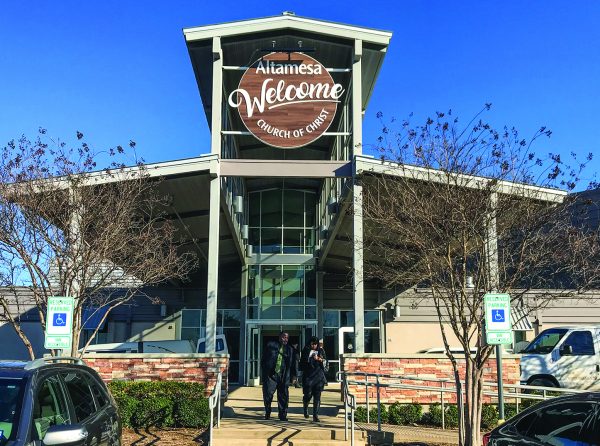 Wallace had three loves, mourners were told: God, his family and nursing.

“Our dad was the most caring person you’d ever meet,” Sarah Wallace said. “Growing up, we used to brag about how our dad was a nurse and a preacher. He saved lives in and outside the church. We bragged about him to everybody because he was such an amazing person, and we were so proud of him.”

The father of two and grandfather of four had worked at Cook Children’s Medical Center and at the Texas Health Harris Methodist Hospital Hemodialysis Unit.

But he wasn’t just a provider of financial support for his family — he was a pillar of faith, minister Jonathan Morrison said in delivering Wallace’s eulogy. 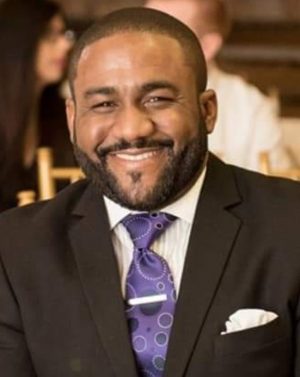 Jonathan Morrison preaches for the Cedar Crest Church of Christ in Dallas.

“While we remember him today as the centerpiece of his family, we can celebrate Tony today because he was at peace in God’s family,” said Morrison, minister for the Cedar Crest Church of Christ in Dallas. “While his life was snatched in a moment of turmoil, I want us to understand that Tony died in peace because he ran his race well.

Wallace was reared in a military family, and his late parents — Sgt. Casper P. and Mildred Ward Wallace — instilled a strong faith in him. The Sixth Avenue church met in a white shotgun building with red carpeting — “an old school church,” Morrison said. Every Sunday, C.P. Wallace would insist on leading “Count Your Blessings,” which Morrison still remembers was No. 33 in the congregation’s gold hymnal.

“There’s no question where Tony got his faith from,” the preacher said.

“While his life was snatched in a moment of turmoil, I want us to understand that Tony died in peace because he ran his race well.”

Raymond Schultz led the congregation in singing “Blessed Be Your Name,” “It Is Well With My Soul,” “Just a Little Talk with Jesus” and “My God and I.”

Only vague references were made at the funeral to the manner in which Wallace died.

“I wanted to avoid the service focusing on his last moments in such a way that it overshadowed or outshined the tremendous life impact Tony had on so many over his lifetime,” Morrison told The Christian Chronicle. “Personally, I wanted his life of good works in Jesus’ name to be the focus.”

MY DADDY “MY EVERYTHING”

‘Kindest man I ever knew’

Wallace wouldn’t want anyone to be sad about his death, fellow nurse Laurie Dirks said.

Another fellow nurse, Dinah Cooke, said that everyone knew Wallace was a Christian by the way he lived his life and served others.

“He was always willing to preach at the local nursing homes and assisted-living facilities,”  Cooke said. “He was the most genuine person and so generous with his time. … Being a nurse just fit him perfectly. He was always serving in his profession, at church and in life. And he embodied the meaning of strength with meekness.

“Tony, you will be remembered for the godly man you were.”

“Tony, you will be remembered for the godly man you were,” she added, “and the dedication you showed for your family and your nursing profession.”

Ron Rutledge, a West Freeway member who helped tend to Wallace after the shooting, said his “kind, compassionate, caring, loving” friend lived a life that always pointed people to Jesus.

“Here lately we’ve been studying for Bible Quiz at LTC,” Rutledge said, referring to the Leadership Training for Christ program. “Guess where Tony was? Sitting in the room, ready to help any of the kids as he studied the same material they were studying.” 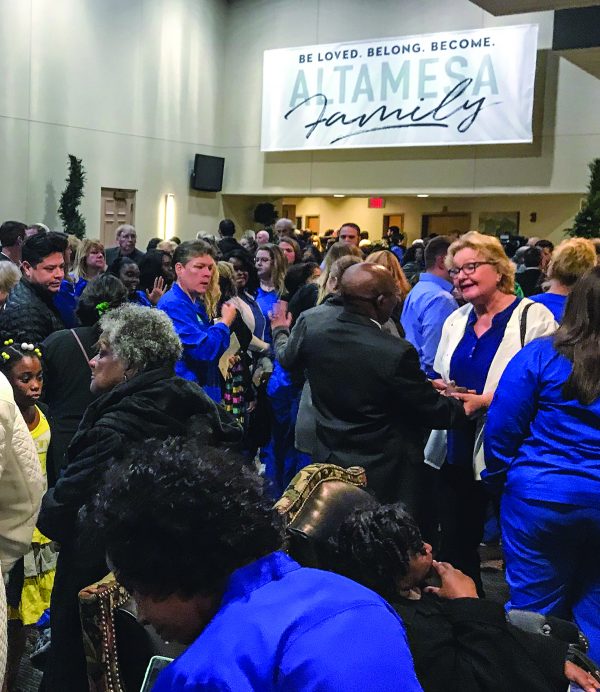 Mourners greet each other in the lobby of the Altamesa Church of Christ in Fort Worth, Texas.

Sarah Wallace’s voice choked with emotion as she shared memories of her father. Tiffany Wallace leaned her head comfortingly on her sister’s shoulder as Sarah Wallace read the statement prepared by the sisters.

“As a little girl growing up, you have many firsts,” Sarah Wallace said. “You have your first kiss, your first dance and your first love. For us girls, that first love was our dad. Of course we loved our mom just as much as our dad, but our dad was our whole world.”

The sisters said they will miss their dad’s corny jokes and his life speeches.

Tony Wallace was one of the shooting victims today. His life was devoted to helping save others. Loved by his family and…

The speeches got longer as the daughters grew older and always included biblical references.

“Right now,” Sarah Wallace said, “I would give just about anything to hear your voice or just to hear you yell at (grandson) Chris one last time for not putting the HDMI cord back in the TV so you could watch sports or Dr. Phil.”

She finished her remarks by reading a poem called “If Only” that was printed on the back of Wallace’s funeral program:

If only we could see the splendor of the land to which our loved ones are called from you and me, we’d understand.

If only we could hear the welcome they receive from old familiar souls so dear, we would not grieve.

If only we could know the reason why they went, we’d smile and wipe away the tears and wait content.

The day which we fear as our last is but the birthday of eternity.