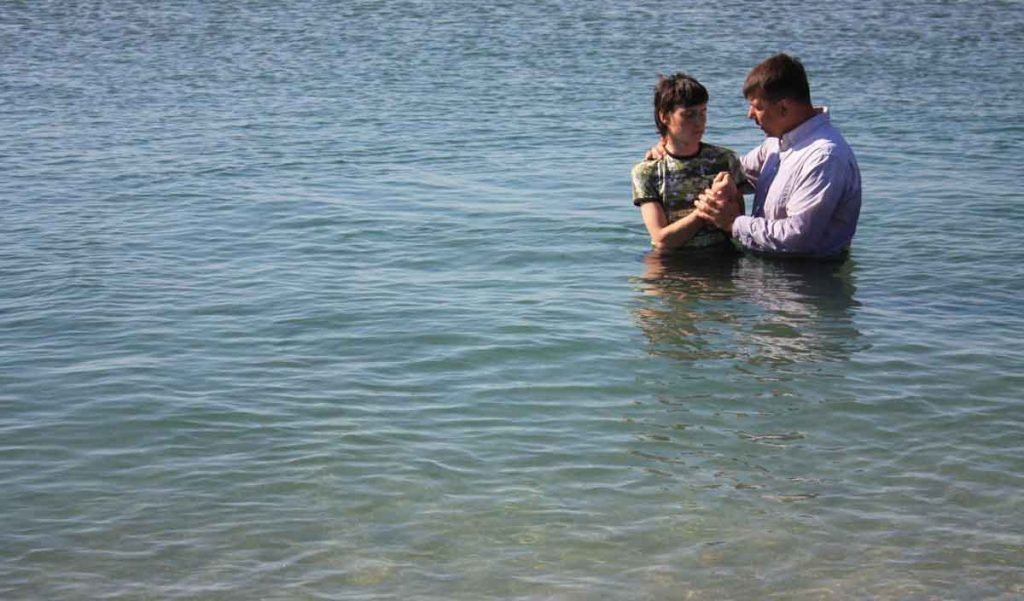 IN UKRAINE AND RUSSIA, ministers ask Christians to abstain from angry words as they pray for peace and reconciliation.

Erik Tryggestad
President and CEO
As tensions flare between Ukraine and Russia, preachers in both countries urge Christians to stay out of the war.
The war of words, that is — taking place online as supporters of each nation fire shots across social media.
“We could use prayers for Christian unity,” said Joel Petty, a minister for Churches of Christ in St. Petersburg, Russia. “On Facebook and other platforms, I am observing some negative back-and-forth between believers in Russia and Ukraine.” 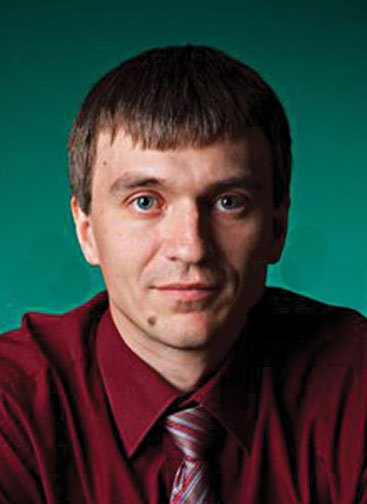 DenisovVasya Denisov, a youth minister in Tomsk, Russia, is using social media in a different way — calling on followers of Christ to put away hate and speak in love.

“Hate destroys the world,” he said in a recent Facebook post, translated from Russian. “Hatred is a weapon of mass destruction in the hands of our enemy. Unfortunately, hatred has penetrated into the hearts of my loved ones.”

One flashpoint of contention between the two former Soviet nations is the ouster of Ukrainian president Viktor Yanukovych. In late 2013, he rejected an economic deal with the European Union and decided instead to strengthen economic ties to Russia.

In late February, thousands of protesters poured into Independence Square in Kiev, Ukraine’s capital, accusing the president of corruption and living in luxury as many of his countrymen suffered in poverty. Clashes between protesters and police resulted in 77 deaths.
The protests forced church members to close the Ukrainian Education Center in Kiev, a facility where students from three nearby universities enjoy cups of tea as they use computers and a free wireless network and peruse a collection of books on Christian living.
About 50 to 100 students use the facility each day, said Vitaly Samodin, who directs the center and conducts English and Bible lessons there. A few of the students took part in the protests before they became violent, he said.
“Most people couldn’t (and many still can’t) hold back their tears, thinking of the people who laid down their lives on the main square of Kyiv,” Samodin said in an email, using the Ukrainian-language spelling of the capital city.

His country’s newly appointed president, Oleksandr Turchynov, is a Baptist preacher. He “has called for all Christians and believers in the country to fast and pray for the peaceful resolution of the problem,” said Samodin, a member of the Nivky Church of Christ in Kiev.
Samodin said he has found comfort in Scripture, including Jesus’ words in Matthew 24, “where he talks about rumors of wars and the need for Christians to keep their faith so that love does not grow cold in their hearts.” 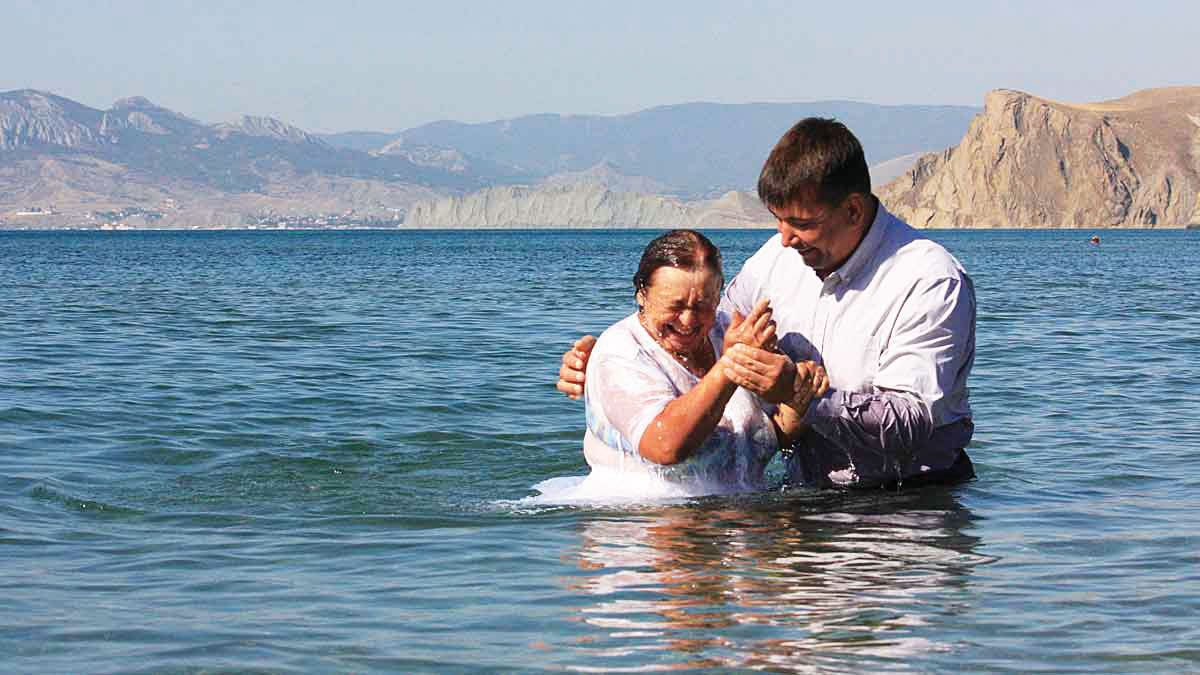 Sasha Prokopchuk baptizes a woman in the Black Sea during a 2011 conference on Ukraine’s Crimean peninsula — where pro-Russian militias recently seized two airports and raised the Russian flag. (PHOTO BY ERIK TRYGGESTAD)
‘OUR LIGHT POURS FORTH’

In the two decades since the fall of the Iron Curtain, Churches of Christ have grown rapidly in Ukraine — especially the Donbas region of the country’s Russian-speaking east.
Sasha Prokopchuk — who once served in the Soviet army and now ministers for a Church of Christ in the eastern Ukrainian city of Donetsk — makes regular trips to Crimea to host a conference for church members and spiritual seekers.
Konstantin Zhigulin, a church member and professional musician in St. Petersburg, led singing at the conference in 2011 and taught the attendees Russian translations of hymns including “Holy, Holy, Holy” and “Shout Hallelujah.” 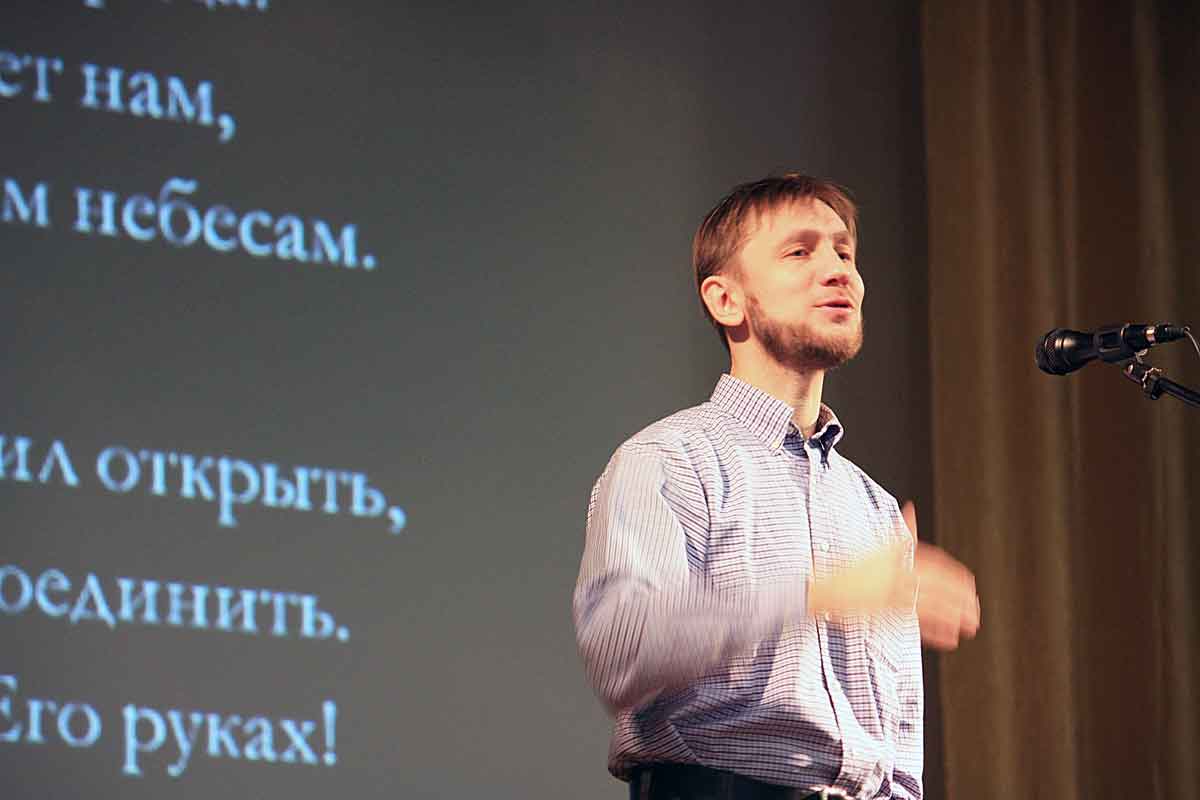 Zhigulin, en route to the U.S. to visit churches in the Northeast with his quartet, Psalom, said he was praying for his Ukrainian brethren.
“In this troublesome time, God’s church is called to be light to this world,” Zhigulin told The Christian Chronicle. “Our light pours forth from the way we carry ourselves in this moment.”
Participants in the Crimea conference received Russian- and Ukrainian-language Bibles and gospel literature from Eastern European Mission, a church-supported ministry that has placed its materials in nearly 14,000 public schools across Ukraine and Russia.
On April 1 the mission launches 31 days of prayer for Ukraine and Russia, ending with the National Day of Prayer May 1.
Founded at the height of the Cold War in 1961, Eastern European Mission used to smuggle Bibles under the Iron Curtain. Its current president, Bill Bundy, said that “the difficulties in Ukraine remind us that EEM began this ministry to deliver Bibles under very harsh circumstances.”
Despite the current tension, school officials in Ukraine continue to request Bible literature, said Bart Rybinski, EEM’s vice president for European operations.
“Also, last week we received a request from a church in Crimea for a large number of Bibles,” he said. “Though they are in the eye of the storm, they continue to share God’s Word with people in their city.”

INSIDE STORY: In troubled Ukraine ‘Christianity is the greatest treasure we have’ 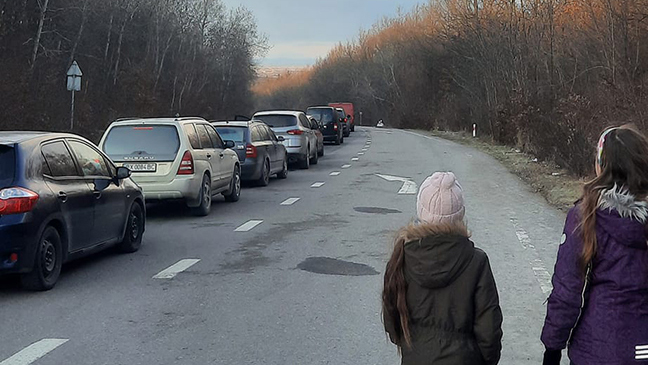 Editorial: What it means to love our enemies

Jesus had a way of saying things that are easy… 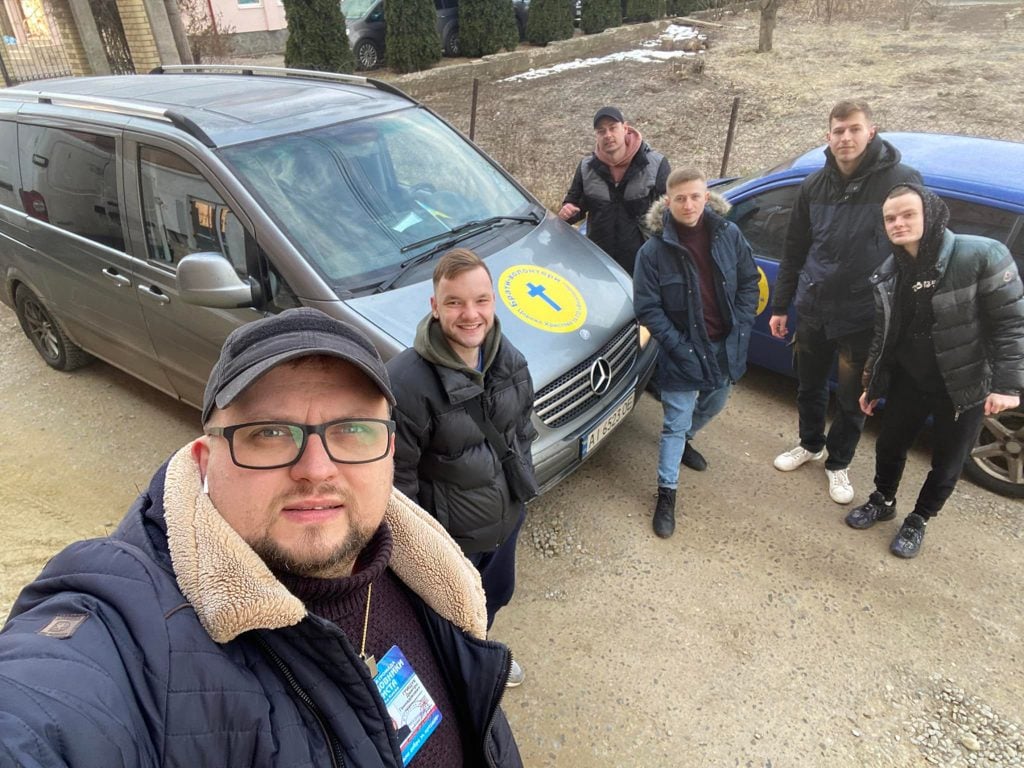