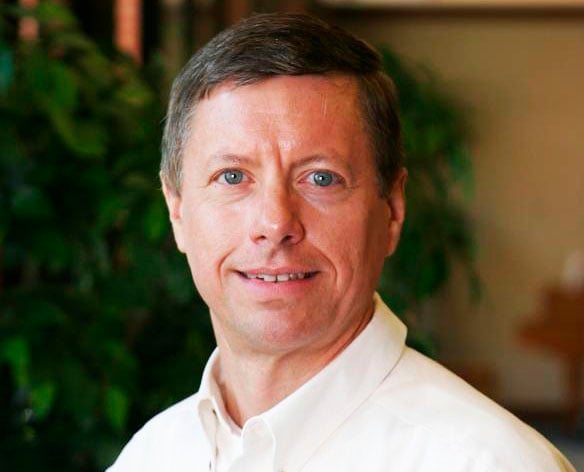 Harold Shank has been named president of Ohio Valley University in Vienna, W.Va.
“They have offered me the position, and I have accepted,” Shank said in an e-mail today. “Most of the details of the transition are undecided.”
OVU, a Christian university in Vienna, W.Va., is associated with Churches of Christ.
Shank, a professor of Old Testament at Oklahoma Christian University in Oklahoma City, was one of two finalists for the presidency announced last month. The other was Michael Moss, dean of the College of Biblical Studies and Behavioral Sciences at OVU.
Here is the full text of an OVU news release on Shank’s appointment:

VIENNA, WV (March 7, 2011) – Dr. Harold Shank will be the next president of Ohio Valley University in Vienna, West Virginia, according to an announcement this week by Dr. Gail Hopkins, Chairman of the OVU Board of Trustees.

Shank and his wife Sally come to OVU after five years at Oklahoma Christian University in Oklahoma City, Oklahoma, where he is Professor of Old Testament. He is a noted author and minister with 32 years of service to the Highland Street Church of Christ in Memphis, Tennessee. Since 1996 Shank has been the national spokesperson for the Christian Child and Family Services Association, and he is the reviews editor for the  Christian Chronicle, a monthly newspaper serving Churches of Christ.

“I’m drawn to the vision of Ohio Valley University,” Dr. Shank reflected. “It’s a dream that includes a solid relationship between the Churches of Christ and a Christian University with a mission to spread the Gospel in the most populous area of our nation.”

“I consider this new role a tremendous opportunity,” Dr. Shank continued. “Ohio Valley University may be one of the best kept secrets in the Churches of Christ.  This university set on a hill overlooking the beautiful mid-Ohio Valley offers high quality academic training immersed in the Christian world view within easy reach of some of the most populated and unreached cities in America.“

“Dr. Shank brings a national reputation to the OVU presidency,” E. Keith Stotts, current president of OVU, observed. “He is well-known as an advocate for children and young people.”

“This university exists to prepare Christian young people for service in the Churches of Christ,” he added. “And as such, I can’t imagine that we could have found a more appropriate leader than Dr. Harold Shank.”

“We have chosen a minister as our president,” Hopkins agreed. “As we look to the next decade at Ohio Valley University, we believe that keeping the church and the school together is important for the future of both.”

“It is very difficult for me to find the right words to adequately express what it has meant to all of us associated with the university to have Keith Stotts at the helm these last two years,” Hopkins noted. “Keith and his administration have provided a solid foundation for what I know will be a bright future under President Shank.”

The OVU Board of Trustees announced in January that it had narrowed the search to two candidates, Shank and Dr. Michael Moss, Dean of the OVU College of Biblical Studies and Behavioral Sciences. Moss came to the university in 2006 after 23 years on the faculty of Lipscomb University in Nashville, Tennessee.

“For our board this was truly a decision among good choices,” Hopkins added. “Dr. Moss is an excellent candidate. We are very grateful that he remains committed to OVU and to the new administration.”

Dr. Harold Shank is a 1972 graduate of Oklahoma Christian with a B.A. in Bible. He received his M.A. and M.A.R. degrees from Harding University Graduate School of Religion. His Ph.D. in Theology is from Marquette University.