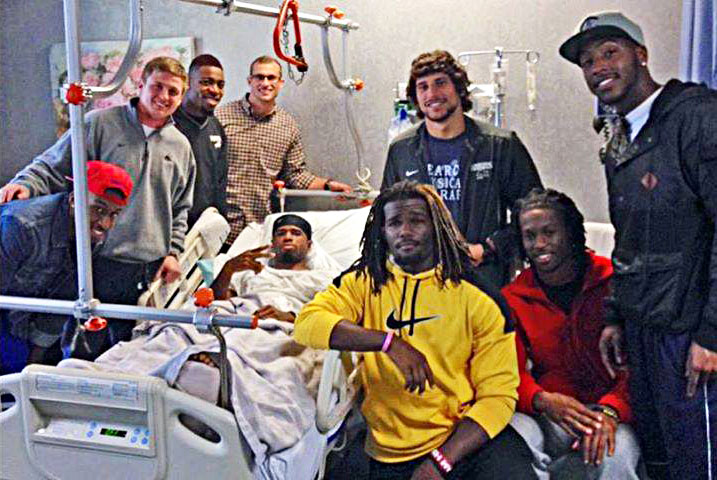 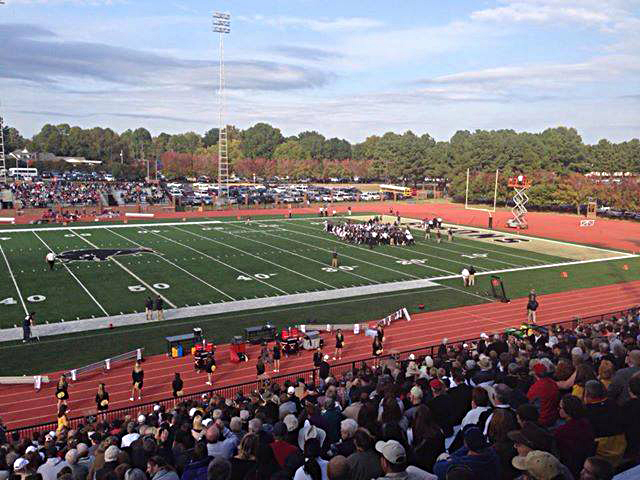 Jordan, a senior All-American, suffered a fractured tibia and fibula when making his third touchdown catch against the Harding Bisons. The Miami native played for Harding’s homecoming opponent, Henderson State University in Arkadelphia, Ark., which went on to win the Oct. 26 game 45-30.

None of that mattered as both teams emptied their sidelines, kneeling in prayer for the injured player. As he was wheeled into a waiting ambulance, Jordan received a standing ovation.

Jordan was transported to White County Medical Center, where he underwent a two-hour procedure to secure his broken tibia with a rod.

“This procedure went well and Jordan has been resting fairly comfortably since the surgery,” writes Troy Mitchell  of Henderson State sports information.

“Jordan has received hundreds of messages through social media,” Mitchell writes. “Teammates, fans, faculty and staff, as well as messages from players from Harding, supporters of the Bisons, and others from around the Great American Conference have sent well-wishes.”

Harding’s involvement in the story doesn’t end there. Players from Harding, a university associated with Churches of Christ, went to the hospital to visit Jordan and offer more prayers on his behalf.

In the parking lot outside the hospital — positioned so that Jordan could see them — Harding students formed a human sign that read “Get Well #1,” referring to Jordan’s uniform number. 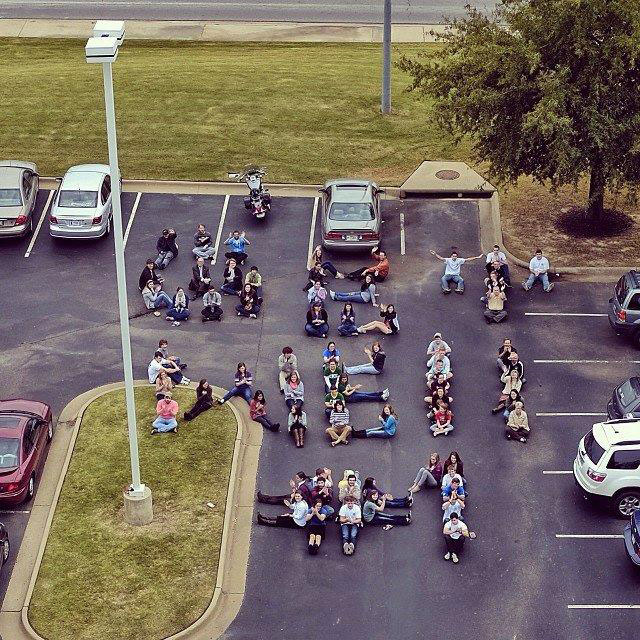