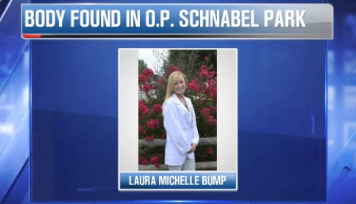 SAN ANTONIO (AP) – Police have arrested a suspect in the slaying of a graduate student whose body was discovered at a San Antonio park on New Year’s Eve.
San Antonio police on Saturday announced the arrest of 29-year-old Christian Ivan Bautista on a murder warrant. The case involves the fatal stabbing of 24-year-old Lauren Bump, who attended Harding University in Searcy, Ark.

Bexar (bayr) County jail records show Bautista was being held on $200,000 bond. No information was immediately available on an attorney for Bautista, who was located Friday during a call about a suspicious person at O.P. Schnabel Park.

KENS5.com in San Antonio reports that a Harding University student’s body was found Tuesday night in a city park:

Her death has been ruled a homicide, the office said Thursday.

The San Antonio Police Department confirmed the body was found at O.P. Schnabel Park, in the 9600 block of Bandera Road, on New Year’s Eve.

The woman’s family identified the victim as 24-year-old Lauren Michelle Bump, a senior at Harding University in Searcy, Ark. Bump graduated from O’Connor High School in 2007.