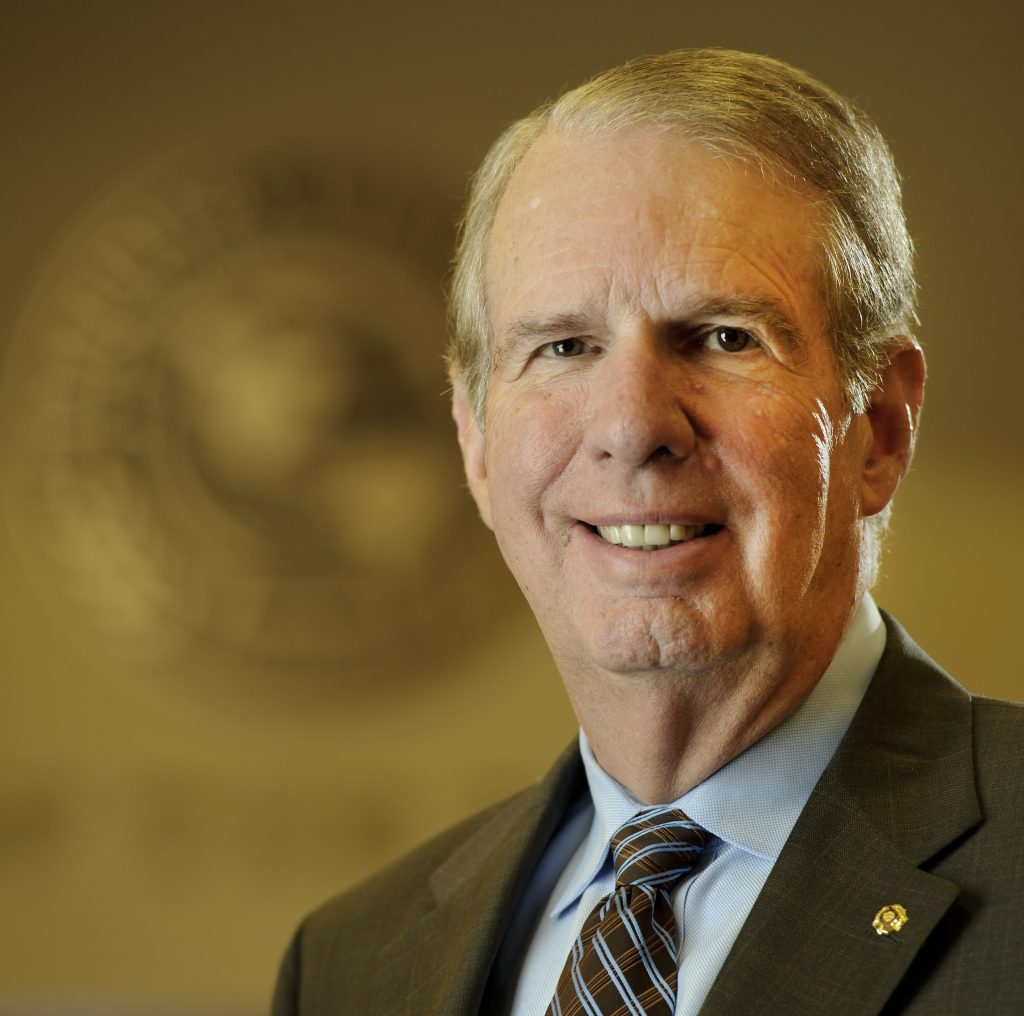 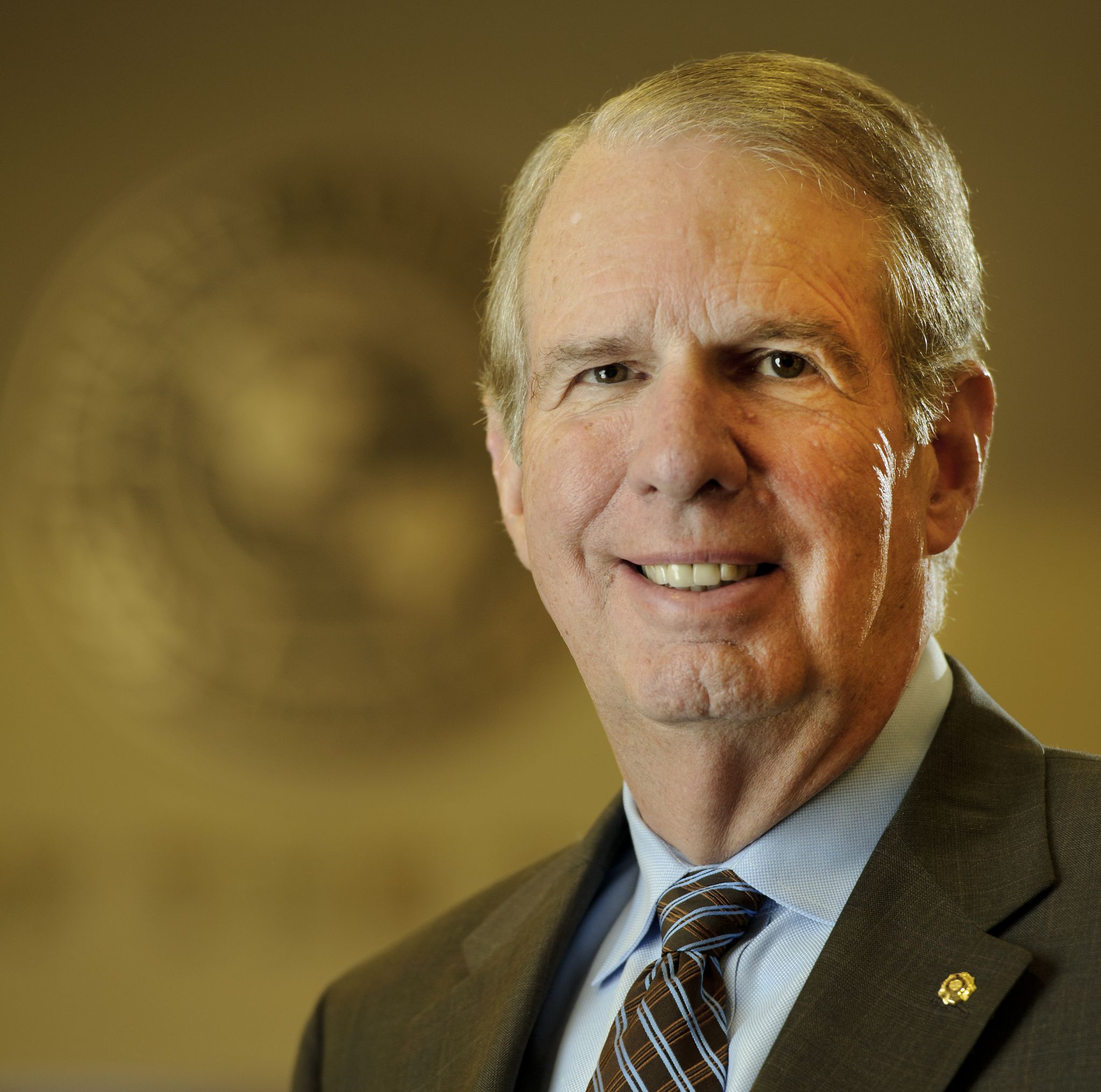 Harding University President David B. Burks announced today that he will retire at the end of the 2012-13 academic year, after 26 years at the helm of the Searcy, Ark., university.
Burks’ decision means three major universities associated with Churches of Christ — Harding, Oklahoma Christian and Lubbock Christian — are in the hunt for new presidents.
More details from a Harding news release:

Burks, 68, officially notified Dr. John O. Simmons, chairman of the university’s Board of Trustees, at the board’s semiannual meeting today on the Searcy campus.
Burks is only the fourth president in Harding’s 87-year history. He assumed the presidency in June 1987.
“In 2006 the board extended my contract and asked me to work until age 70,” Burks said. “It should not come as a surprise to anyone that I am planning to retire from the role of president. I am following the timetable that I have had in mind since 2006.
“By making this announcement now I am giving the Board sufficient time to search for my successor. I will do everything I can to make sure the transition is as smooth as possible.
“Slightly over 19 months remain before my departure, but there is still much to be done including the completion of the university’s current five-year strategic plan. I expect to be working to achieve all of those goals until my last day in office.”
Thus far in Burks’ tenure as president, Harding’s enrollment has grown from 2,997 to 7,155, making it the largest private school in Arkansas. The school has completed capital projects totaling $250 million, and the endowment has grown from $18.7 million to more than $110 million.
During Burks’ administration Harding added international studies programs in Australia, Chile, England, France, Greece and Zambia to go along with its already established program in Florence, Italy. The university developed doctoral programs in education, pharmacy, physical therapy and theology plus master’s degree programs in communication disorders, business and physician assistant.
“The work Dr. Burks does is extraordinary, showing vision and faith and a track record of success and excellence,” said Simmons. “His leadership has continued the work of his predecessors by expanding the University’s degree programs, promoting academic rigor and integrity, improving the fiscal stability of the university, and developing other initiatives to enhance the Harding experience for her students by integrating faith, learning and living.
“The book, Against the Grain, which he edited a few years ago about Harding’s history and mission reflects his leadership legacy. When others were fearful, nearsighted and timid, he has been faithful, visionary and bold. His leadership and management skills are a benchmark any university president would be wise to emulate. Most importantly for the Harding family, he has demonstrated, with the support of the Board, that a faith-based university can and should grow and enhance its impact for good by strengthening the school’s spiritual and Biblical foundations.”
Burks’ career at Harding has spanned more than four decades since joining the faculty in 1967. In addition to teaching accounting in the College of Business, he served as dean of the College for 10 years prior to assuming the presidency.
He holds the baccalaureate degree from Harding (1965), the M.B.A from the University of Texas (1966), and the Ph.D. degree from Florida State University (1974).
During his career Burks has been active in national educational organizations. Most notably has been his leadership on the Higher Learning Commission of the North Central
Association of College and Universities. He served as a commissioner and chairman of the board of the organization.
Following the receipt of Burks’ official notice, Simmons announced the Board’s decision to request that Burks become chancellor of the university. Dr. Clifton L. Ganus Jr., the current chancellor, will become chancellor emeritus when Burks retires in June 2013.
Simmons also announced the appointment of a six-member process committee comprised of members of the Board. Simmons, a Columbia, Tenn., physician, will chair the committee. Other members are J.R. Burcham Jr., of Kennett, Mo., Roy Reaves of Russellville, Ark., Harry B. Risinger Jr., of Millington, Tenn., Rebecca Tubb of Sparta, Tenn., and Robert C. Walker of Decatur, Ala.
Commenting on the search process Simmons said, “The Board and this committee will work initially to refine its processes while listening, focusing and doing its due diligence. We understand the importance of this position and the truly global and eternal impact the president of Harding University has.
“We believe Harding University is a testimony to the providence of God. We believe God has been preparing someone to fill this unique role. It will be the privilege of the committee to allow God to lead us to the person who will continue to build on the legacy of Harding’s four previous presidents — all of whom have been the right person for the right time. We will be in prayer and ask for the prayers of others for the committee and Harding as we proceed with our work.”