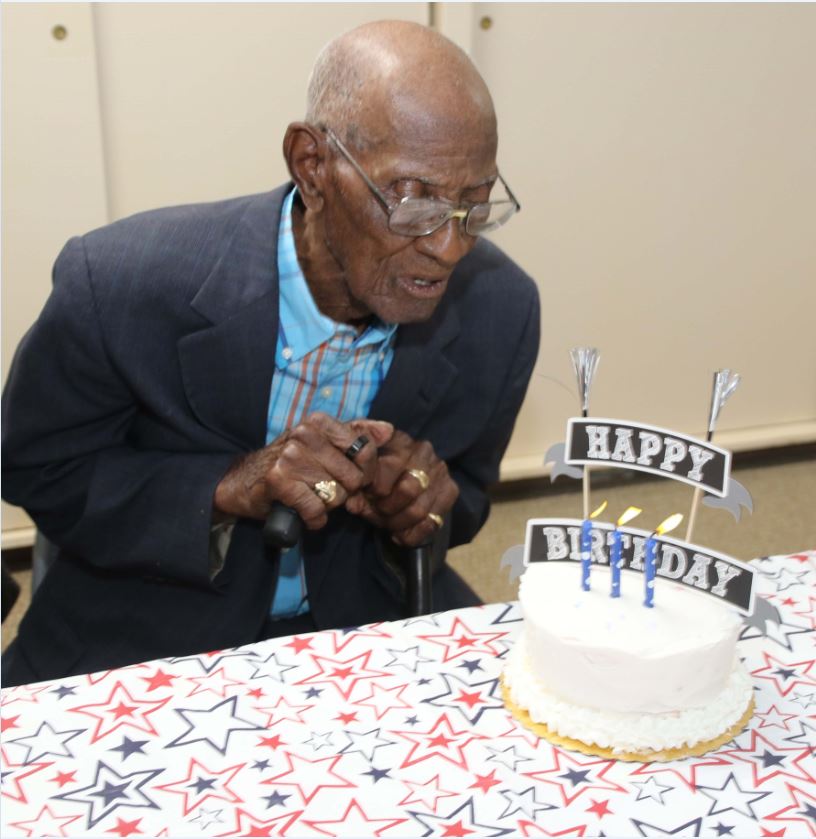 His home congregation, the Church of Christ in Hyde Park, celebrated his birthday on the Sunday following his birthday. A special video presentation included the Gaithers singing “Happy Birthday” to him.

Richard Overton blows out the candles on his cake. (PHOTO PROVIDED BY JAMES TACKETT)

For several years after his baptism, he regularly drove his pickup truck to worship and also continued to mow the lawns of some of his neighbors because, he said, they were too old to do it themselves.