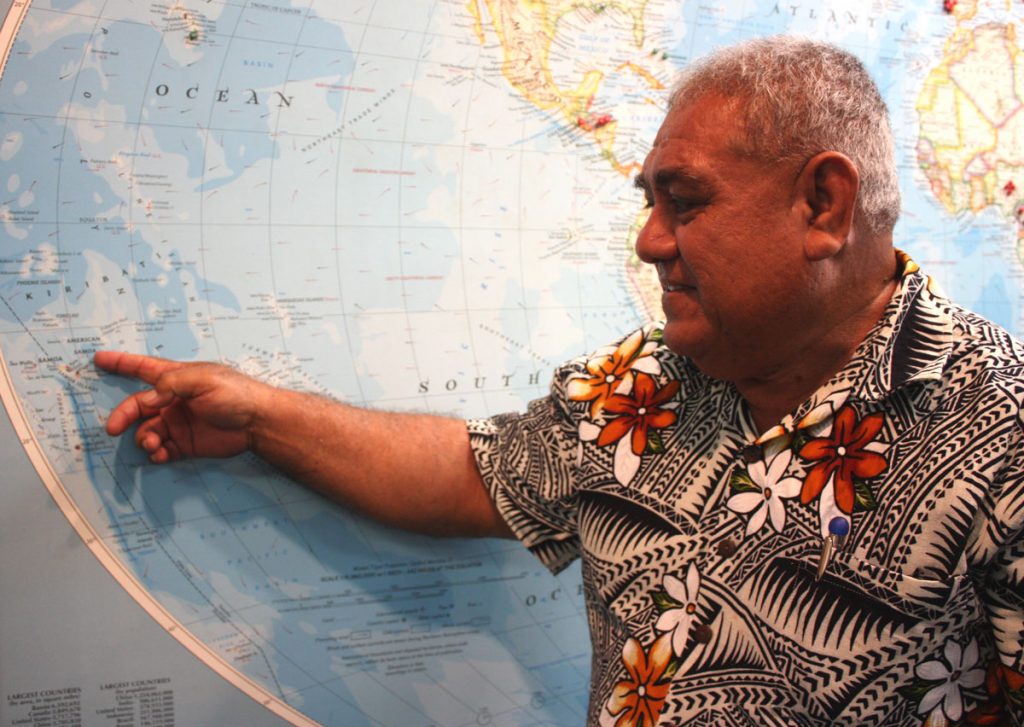 ‘Hammering the pulpit’ in American Samoa 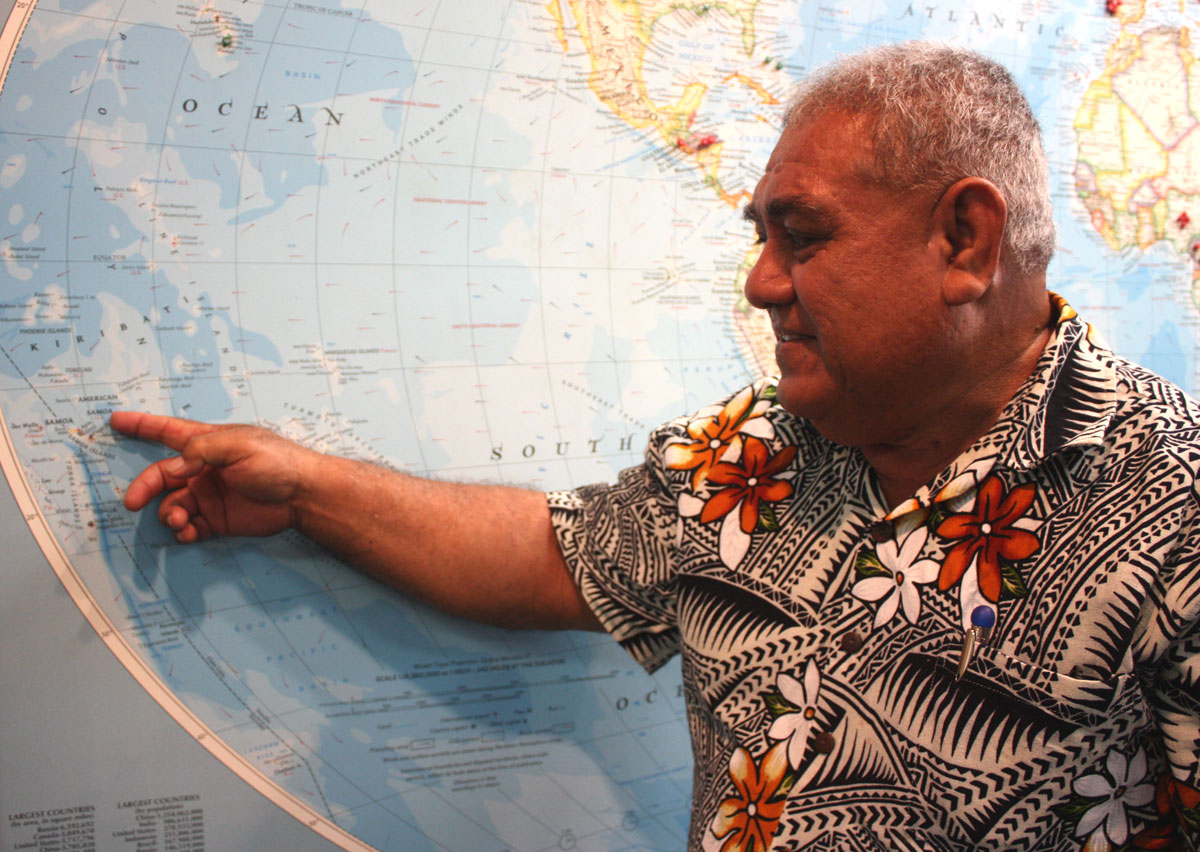 Tia Misa points to American Samoa on a map during a visit to Oklahoma Christian University. (Photo by Erik Tryggestad)

With all the usual activity of our latest print deadline (and the breaking news from Ghana) I didn’t have time to post news of my recent visit with Tia Misa. Tia is a founding member and elder of the Tafuna Church of Christ in American Samoa.
American Samoa is a small group of islands in the South Pacific, home to about 65,000 people. It is an unincorporated territory of the U.S., like Puerto Rico, and the southernmost place on the globe where you can stand on American soil (unless you count U.S. embassies).
Last year American Samoa got its own quarter.
The Tafuna church launched the annual South Pacific Lectures a few years ago. We have run a few other reports on the church’s work over the years (though Bobby and I debate which section of our paper it best fits — Across the Nation or Around the World). 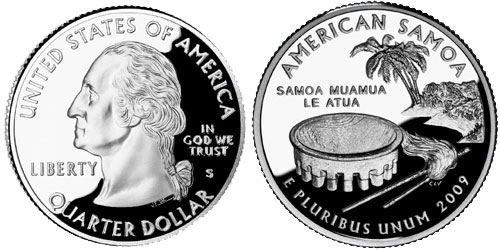 Tia was visiting the “mainland,” as the islanders say, with David and Danna Willis. The couple moved to American Samoa in 2005 to work with the young church. The church averages about 75 people on Sundays and is looking to move out of its rented facility and build on a half-acre of land.
Tia, a retired forester, is a native of the nation of Samoa, a sovereign group of islands west of American Samoa. He has an interesting conversion story. His wife, Pua, introduced him to the church, and he was converted by missionary Robert Martin. But Tia’s father-in-law didn’t think his conversion would stick.
After years of watching Tia attend church, his father-in-law changed his mind and asked to be baptized.
I asked Tia about his dreams for the Tafuna church in the next 10 years. He said that, when the Willises leave, he wants to see young Samoan preachers on fire with evangelistic spirit, “hammering the pulpit for the word of God.”
As a reporter, that’s the kind of quote that makes my heart jump with delight.
We’ll run a feature on Tia and his work sometime soon. And yes, that quote will be in the story.