Marie Francois slept outside, despite an approaching tropical storm, for fear that her home would collapse in aftershocks of Saturday’s earthquake.

Many of her fellow Christians in Haiti did likewise as the death toll from the 7.2-magnitude quake approached 1,300. It was two times stronger than the 7.0 quake that devastated Haiti’s capital, Port-au-Prince, 11 years ago. The Saturday quake struck along the same fault line, 60 miles west of the 2010 quake, on Haiti’s long, southern peninsula. 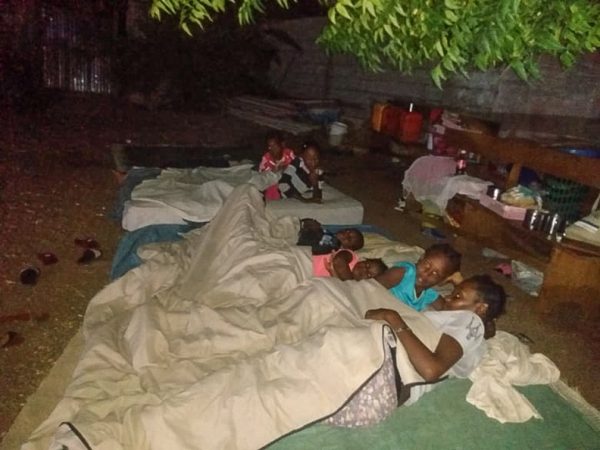 Francois, who lives in Les Cayes on the southern coast of the peninsula, is a former volunteer for Hope for Haiti’s Children, a ministry associated with Churches of Christ that operates orphanages and 10 Christian schools in southern Haiti. Francois spoke with the ministry’s president, Ken Bever.

“She said that people are getting desperate for food and water,” Bever said. “There is no electric power.”

The remote location will complicate relief efforts, as will Tropical Storm Grace, which is expected to drench the affected region early Tuesday.

Bever, a church member in Nashville, Tenn., was in Port-au-Prince working with the churches and schools sponsored by Hope for Haiti’s Children when the quake hit. Now he and ministry coordinators including Jean Elmera are organizing relief. 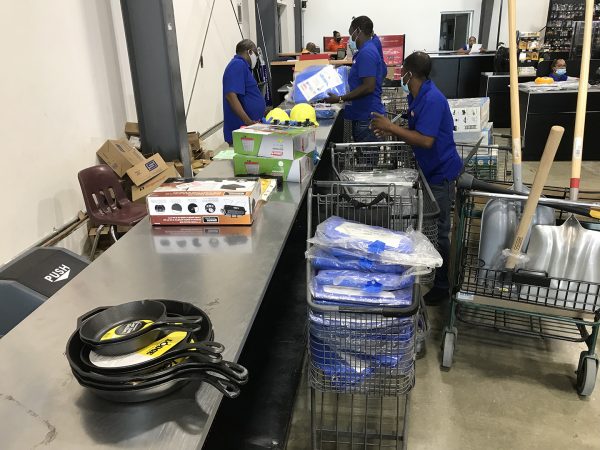 Hope for Haiti’s Children is in contact with seven Churches of Christ in the impacted area, including one in the community of Chambellan, where the ministry helped rebuild a church building and Christian school after Hurricane Matthew in 2016.

“Thankfully, this building was spared,” Bever said, “but there are many homes of members in Chambellan and six other communities in the area which have collapsed.”

The congregation is one of about a dozen Churches of Christ in Haiti’s westernmost department, Grand’Anse, with a combined membership of about 760. So far, no members have been reported among the deaths. 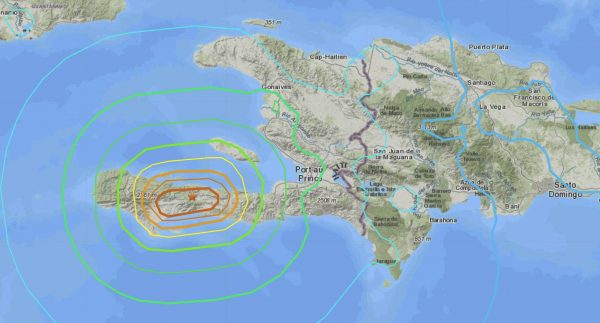 Jean Claubert Belton, a minister in Ganthier, Haiti, is assessing the damage and needs, said Harry Hames, a longtime missionary to Haiti and member of the Flint Church of Christ in Decatur, Ala.

“We started a campaign yesterday to raise $36,000 for the 12 churches to help them and their neighbors,” Hames told the Chronicle on Monday. “We already have about $25,000. God is good.”

Other ministries associated with Churches of Christ, including One Kingdom and Healing Hands International, are responding to the crisis.

“We are grateful to report that all of the HHI staff on the ground in Haiti are safe,” representatives of Healing Hands said in a news release. “As they begin to assess the current conditions and greatest needs of their neighbors, we will mobilize to respond quickly with immediate relief supplies.”

The natural disasters add to the woes of Haiti’s people, still reeling from the July 7 assassination of the country’s president, Jovenel Moïse. 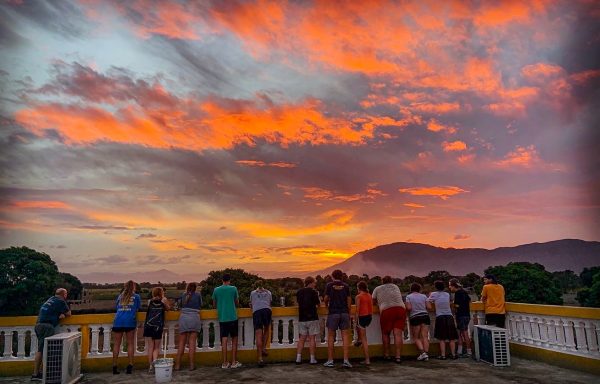 From the roof of the See Him Minisistries facility near Cap-Haïtien, the Tennessee mission team watches the sun set.

A mission team from the Clear Creek Church of Christ in Hixon, Tenn., was in Haiti working with See Him Ministries when the assassination occurred but was able to complete its mission and return home safely. 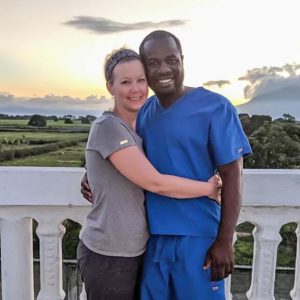 Dr. Luckson Previl, the ministry’s mission director, grew up in Haiti and lived through the 2010 earthquake, which claimed more than 200,000 lives.

When he heard about the Saturday quake, “Once again, I felt hopeless, with many painful memories of the previous earthquake rushing back to me,” he said.

“My heart hurts for these families that are hurting. Please join me in praying for God’s protection over Haiti and love over Haiti. I do not completely understand God’s plan for the people of Haiti, but I have decided to trust in his plans.” 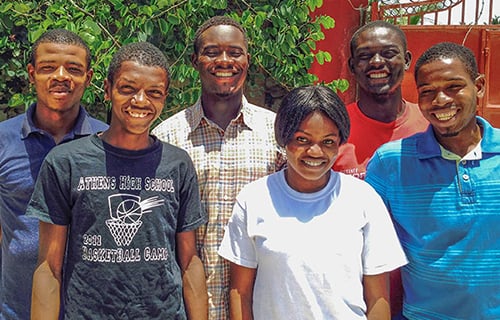 For I was hungry and you gave me something to… 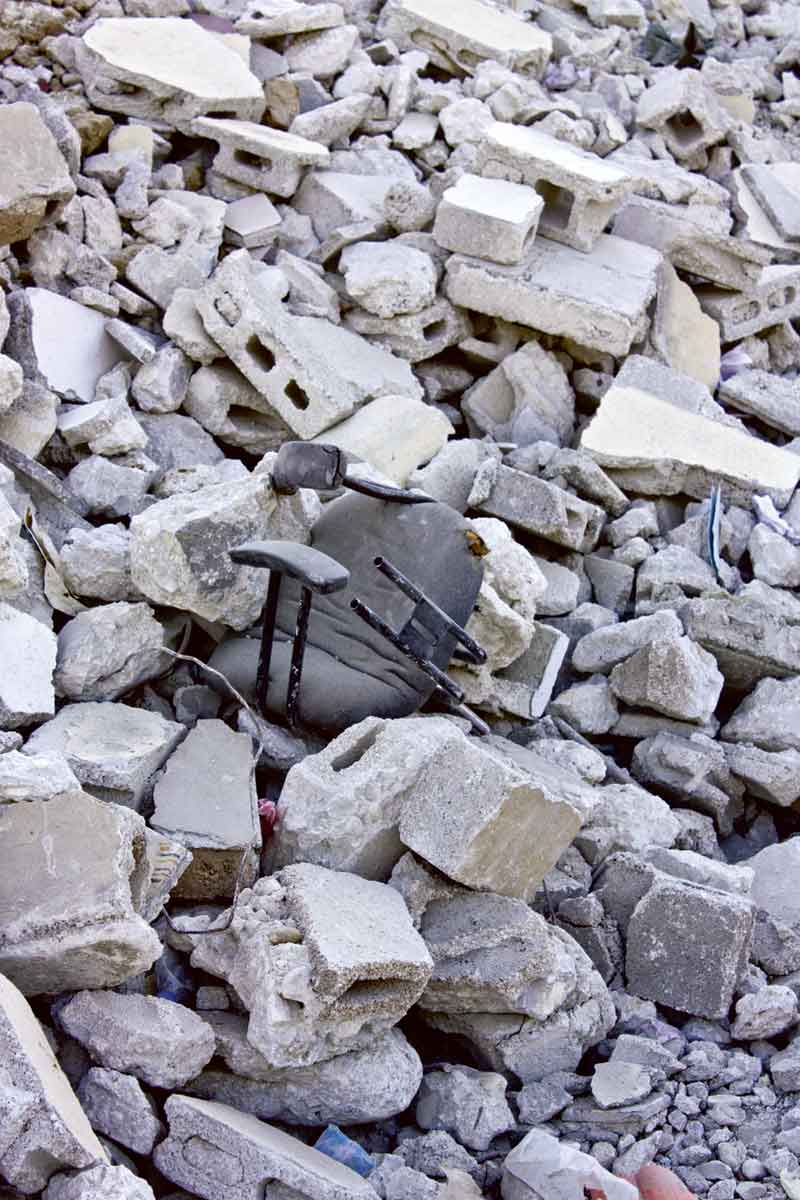 A battered office chair sits among the remains of the…