As a U.S. team of teens and adults serves children, ministry leaders ask Christians to pray for 'godly leaders to rise up to bring an end to this turmoil.'

A presidential assassination in Haiti has shut down airports and raised tensions in the already troubled Caribbean nation.

A 15-member mission team from the Clear Creek Church of Christ in Hixon, Tenn., is safe and secure in Cap-Haïtien, a city in northern Haiti, executive minister Jake Hendrix told The Christian Chronicle.

The team, a mix of teens and adults, is working about 125 miles from the capital, Port-au-Prince, where President Jovenel Moïse died in a middle-of-the-night attack at his home Wednesday. Acting Prime Minister Claude Joseph announced that he is in charge and that the country is now under martial law, the Miami Herald reports.

The mission team is working with See Him Ministries, a church-supported nonprofit that operates a medical clinic, an eye center and a micro-loan program. Dr. Luckson Previl, who grew up in Cap-Haïtien and works as an optometrist in Chattanooga, Tenn., is mission director for the ministry. 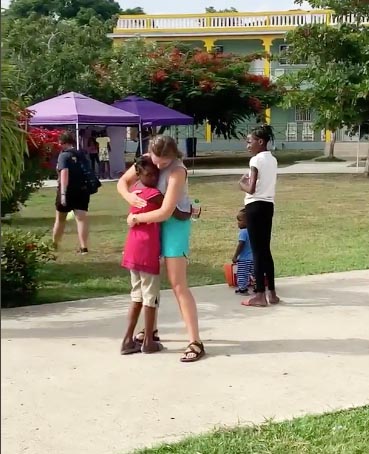 A day after the presidential assassination, a child embraces a team member during a summer camp hosted by See Him Ministries. “This video gives me some peace,” said Dr. Luckson Previl, the ministry’s mission director.

“They are doing an amazing job with the children,” Previl said of the team. As team members keep abreast of the news from Port-au-Prince, they continue their mission — a VBS and summer camp for children — which began July 4. The team is staying in a secure compound operated by the ministry, Previl said, and plans to return to the U.S. as scheduled on Saturday. The physician said that he’s in regular contact with the team and team members’ parents and is impressed by the faith they have expressed in the midst of uncertain times.

“We have a good Christian community supporting us there (in Haiti),” he said. “I’m confident that our people will do whatever they can to keep the team secure and healthy.”

In a report posted Tuesday, just before the assassination, team member Emery Gravitt said he was overwhelmed by the love and encouragement he had received from the Haitians he’s serving.

“The older ones are always looking out for the young kids,” Gravitt said. “Their bond is so strong and they are always happy, even with their circumstances. We play a ton of soccer and the kids love it; that’s all they want to do. I have never seen this kind of happiness before and it’s an unbelievable thing to witness.”

Previl, however, said he feels a pervasive sense of sadness as he considers this latest act of political violence in his homeland — one more chapter in a long history of turmoil and cyclical poverty. 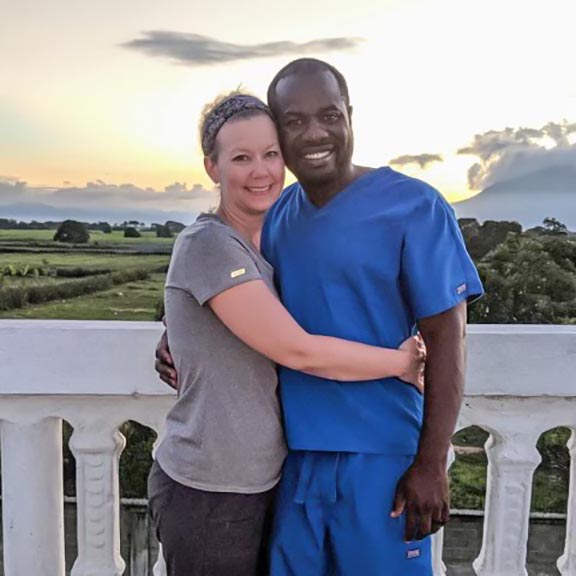 “Frankly, I am frustrated and tired of praying for the same thing over and over with no real answers for Haiti,” Previl told the Chronicle. “This probably is not the most Christian thing to say, but it is the state that I am in right now.”

As he communicates with Haitian workers at See Him Ministries, “I can sense that their hearts are broken,” Previl said, “but they are not about to give up. … My bold prayer is for God to raise among the Haitian people a group of leaders that will lead the country toward restoration.” 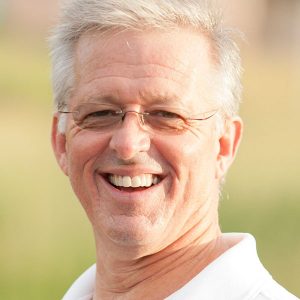 Closer to Port-au-Prince, workers with Live Beyond, a church-supported non-governmental organization that provides healthcare and nutrition, are safe but wary, said Dr. David Vanderpool, a Tennessee trauma surgeon and founder of the ministry. Live Beyond’s facility is about 20 miles east of the capital — a journey that takes more than an hour on Haiti’s roads.

“Many churches and organizations have struggled to care for their people in these trying times,” Vanderpool said. “In the past three years, our organization has had our base manager murdered outside our gates, a second base manager and business manager kidnapped and tortured for five days, dozens of robberies, several staff members’ children kidnapped and the assault of one of our American team members.

“Death and disease seem to stand on every corner, and violence keeps everyone on edge. But as Christians, we fear only one thing. We fear God Almighty. With him on our side, what can man do to us?”

Vanderpool asked Christians worldwide to pray for “the faith and confidence of believers to be strong, the peace of God to permeate Haiti, godly leaders to rise up to bring an end to this turmoil” and for “God to continue to use his church to care for the poor.” 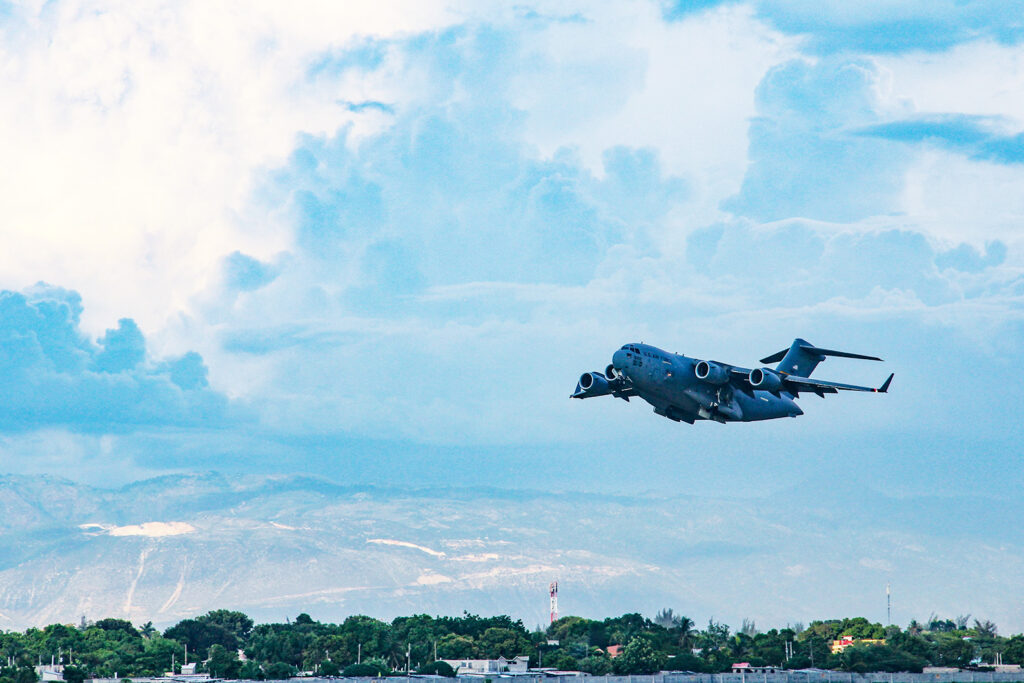 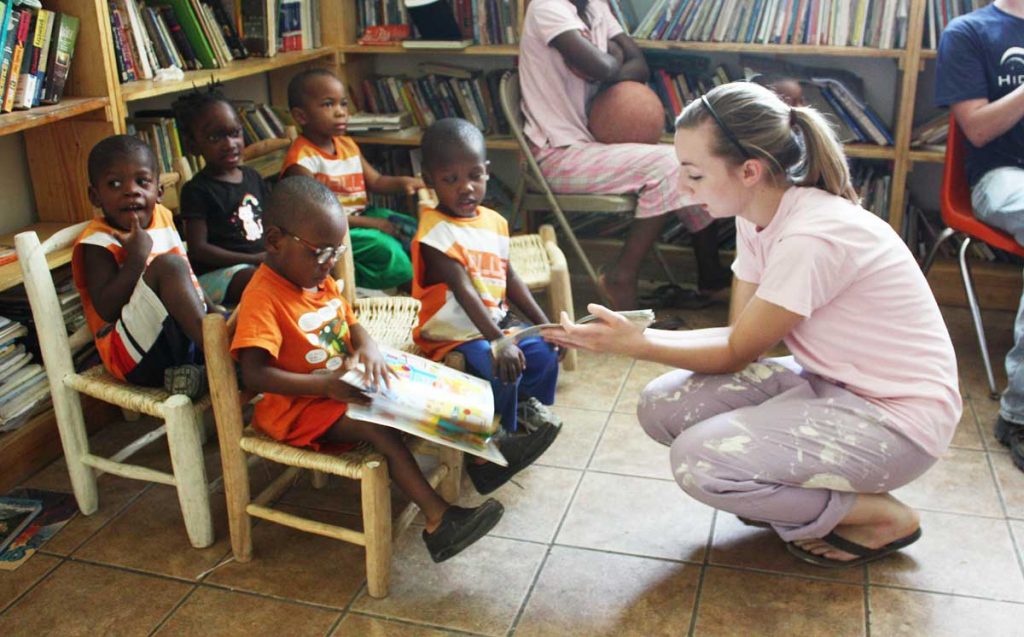 A not-so ‘in-tents’ experience in Haiti

A student from Freed-Hardeman University in Henderson, Tenn., plays with…