OKLAHOMA CITY — In our younger years, my brother, Scott, and I loved watching professional wrestling.

When our dad preached for a small Church of Christ in North Carolina in the late 1970s, we tuned into Mid-Atlantic Championship Wrestling every Saturday. 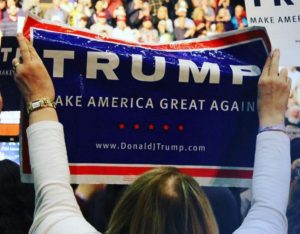 Main story: In the GOP primaries, do politics Trump values and character? Click the image

We didn’t enjoy the actual wrestling — which we were 85 percent certain was fake — so much as the trash talking that stars such as “Nature Boy” Ric Flair, “The Dragon” Ricky Steamboat and Edward “Wahoo” McDaniel did between matches.

It made for highly entertaining theater.

Lately, the race for the Republican presidential nomination sounds a whole lot like the wrestling shows my brother and I watched as kids.

Just days before crucial Super Tuesday voting in which a dozen states — including Oklahoma — will award 595 delegates, Marco “Underdog” Rubio and Donald “My Poll Numbers Are ‘Yuge’” Trump both rallied crowds Friday in downtown Oklahoma City.

Against a backdrop of a giant U.S. flag and red-and-blue lights at the Chevy Bricktown Events Center, the 44-year-old Florida senator portrayed Trump as a “con man.”

A chuckling Rubio said the billionaire businessman asked for a full-length mirror during breaks at Thursday night’s GOP debate in Houston, “maybe because he thought his pants were wet.”

“He thinks the ‘Nuclear Triad’ is some punk band from Europe,” Rubio said of Trump.

At his own rally a few blocks away at the Cox Convention Center — across the street from where the NBA’s Thunder play — Trump mocked Rubio and made fun of how much he sweat at a recent debate.

“Honesty, it was disgusting,” said Trump, who earlier in the day demeaned Rubio as a “lightweight choker” who “looks like a little boy on stage.”

At a podium emblazoned with his catchphrase “Make America Great Again,” Trump resembled a wrestler flexing his biceps as he repeatedly touted his poll numbers.

“I’ve been No. 1 in the polls almost right from the first day,” he bragged to supporters.

Trump’s blustering, no-holds-barred approach seems to resonate with many voters, helping explain his winning streak from New Hampshire to South Carolina to Nevada.

Are we electing a tough guy or a president? 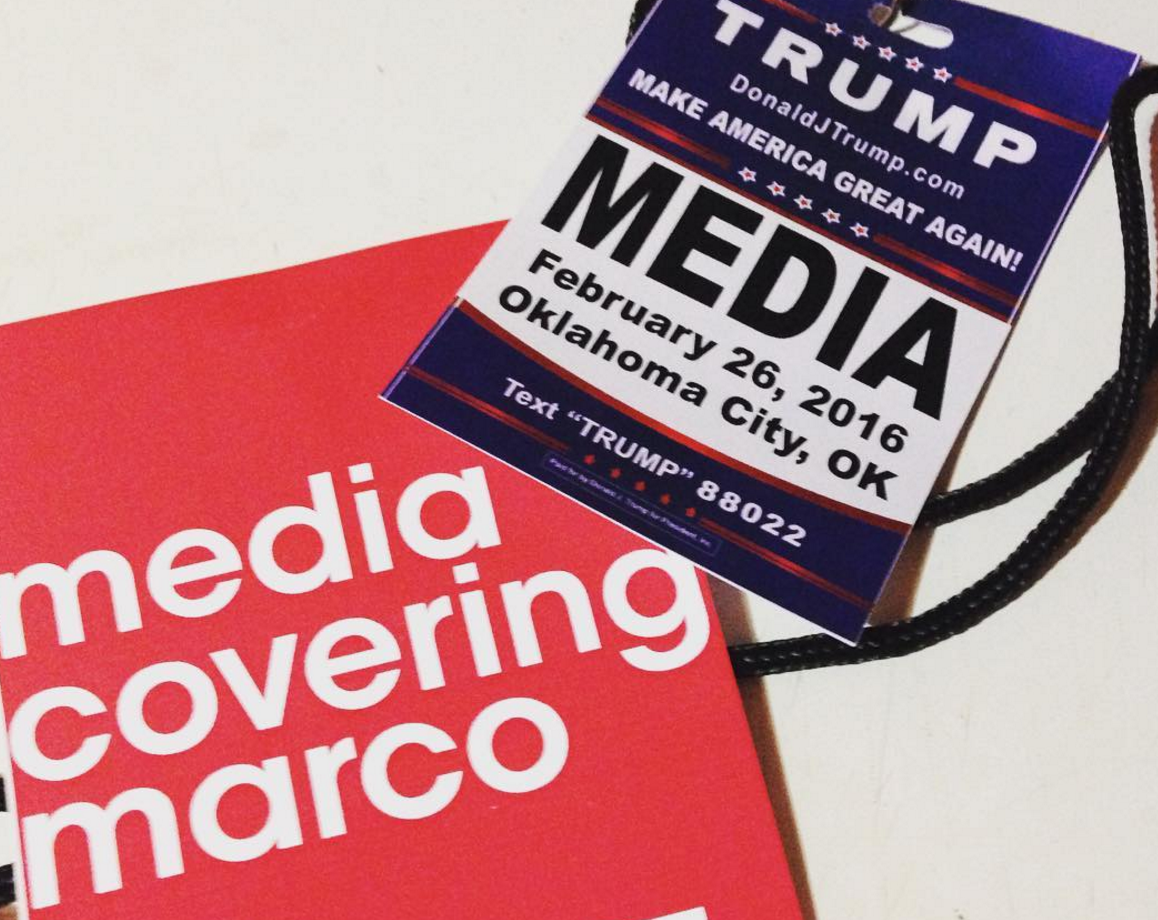 Media credentials from Friday’s rallies in Oklahoma City. (PHOTO BY BOBBY ROSS JR.)“The problem is simple,” John Irby, a member of the Great Oaks Church of Christ in Memphis, Tenn., told me in a Facebook message. “All of them spew ‘mind candy’ without any real or detailed plan.

“It is appalling to look at the ‘issues’ on every candidate’s website and listen to the debate noises,” added Irby, a retired daily newspaper editor who has followed a half-century of presidential politics. “It is a broken record of soundbite after soundbite of what they believe people want to hear, mixed in with personal attacks of each other.”

The question is: Do the personal attacks work?