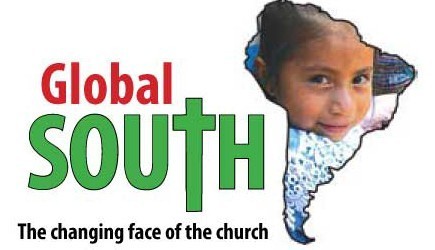 Carla Borja Lowe
American missionaries in Toluca, Mexico, converted me 17 years ago. I was the sixth person baptized in the Church of Christ there, so I got to spend a lot of time with the missionaries and learn from them. I wanted to observe everything they did so I could learn about this new God to whom they had introduced me.
I started bringing friends to church. I wanted them to hear the amazing Word that I never heard of before.
I was 25 then. Three years later, I was looking at my Bible, and I started studying the maps on the back. I knew I wanted to become a missionary, but I just did not know how.
At that moment, God answered my prayers. If Paul — who was not an American and never went to preaching school — was a missionary, why couldn’t I be one, too? He did not have sponsors like our American missionaries.
That was my answer. I decided to save my money and put together my own mission trips to spread the Word of God.
I encouraged two other Mexican girls from our small congregation to join me. We took off to one of the poorest states of Mexico. We painted murals for the children’s classrooms, had a few Bible studies and distributed flyers inviting people to visit the local congregation. They came. It worked!
I went back home knowing that I wanted to be a missionary for the rest of my life. A few months later, two church couples offered to support me in mission work in my own city. I quit my job and began life as a full-time missionary.
I learned the basics of mission work in Toluca. A few years later, I was asked to go to Italy, and the Lord provided the funds for me to go. I was the only Mexican missionary in the whole country. I was busy 24/7. The local church asked me to stay for 15 years, and they offered to support me.
However, in my fifth year, God changed my plans. I married an American and moved to Texas.
Ever since I lived in Italy, I’ve had a dream — to wake up my fellow Mexican Christians to mission work. Three years ago, I started putting a team together. We began with a group of 12 sisters and one brother in Christ. We represented three different congregations. Last year, 40 Christians were involved in this work — representing nine churches in Mexico and the U.S.
The team conducted Vacation Bible Schools in Toluca and Mexico City. The Toluca team involved 80 Christians in the work and served more than 200 children. In Mexico City, the work involved about 50 members of three area congregations. More than 100 children were served. We ran out of space for the children and had to put up a sign reading “no more room.”
I have six requests for similar programs next year. I hope to come up with the funds for a training seminar somewhere in Mexico, so each congregation can send people to be trained and then host the programs themselves.
This fall I plan to take a group of six — one Anglo and five Hispanics — to Romania for three weeks. We will teach English, Spanish and Italian using the Bible. We also will repair the church building, visit orphans and teach Bible studies.
I preach at ladies’ conferences each year and try to recruit people to do mission work. Everywhere I go I find people who are desperate to become missionaries. “I didn’t know I was capable of doing things like this,” some tell me. “I’ve been waiting for a chance like this for many years.”
I used to think that I needed to be raised in a Christian home and go to a preaching school or a Christian university to become a missionary. Many of us still think that way. My goal is to show the Hispanic world that everybody is a missionary.
I am an American citizen now, but my roots will always be Mexican. The question isn’t, “What is the right nationality to do mission work?” Instead, we should ask, “Where is mission work needed?” and “How can we train anybody who wants to go?”
I believe that those of us who have experience doing missions should help churches recruit future missionaries. They don’t need impressive credentials and amazing amounts of experience. They can be like Zaccheus, the fishermen of Galilee or Mary Magdalene.
Everyone needs the chance to be a missionary in his or her own city. Then let the Lord do the rest — like he is doing in my life.
When I was 25, I didn’t know the Bible had Old and New testaments. I am 43 now, and the Lord has taught me how to open the book and guide someone to Christ.
If you want to do likewise, all you need is a pair of sandals and the willingness to go where God leads.