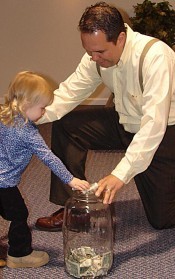 God’s house in a warehouse

At 100 years old, a West Virginia church transforms a bakery into a sanctuary. The congregation celebrates its history as it enjoys a revival.

He says he was a cracked pot, though, when the Lynn Street Church of Christ came calling in 2001.