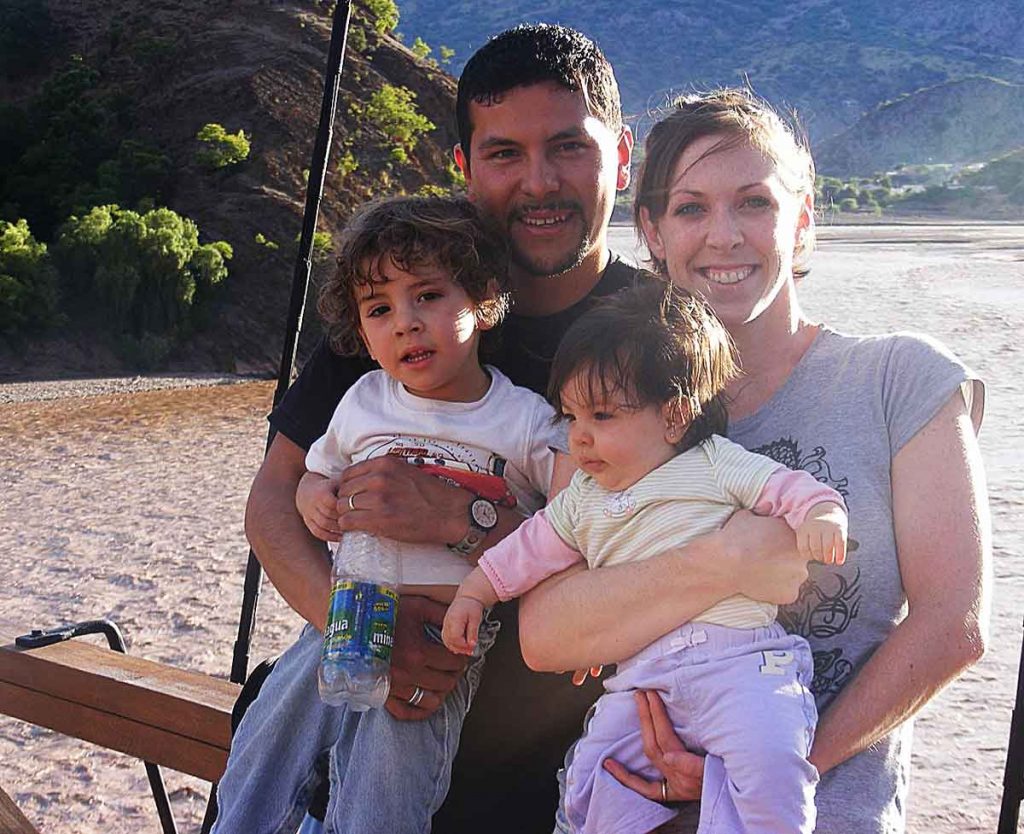 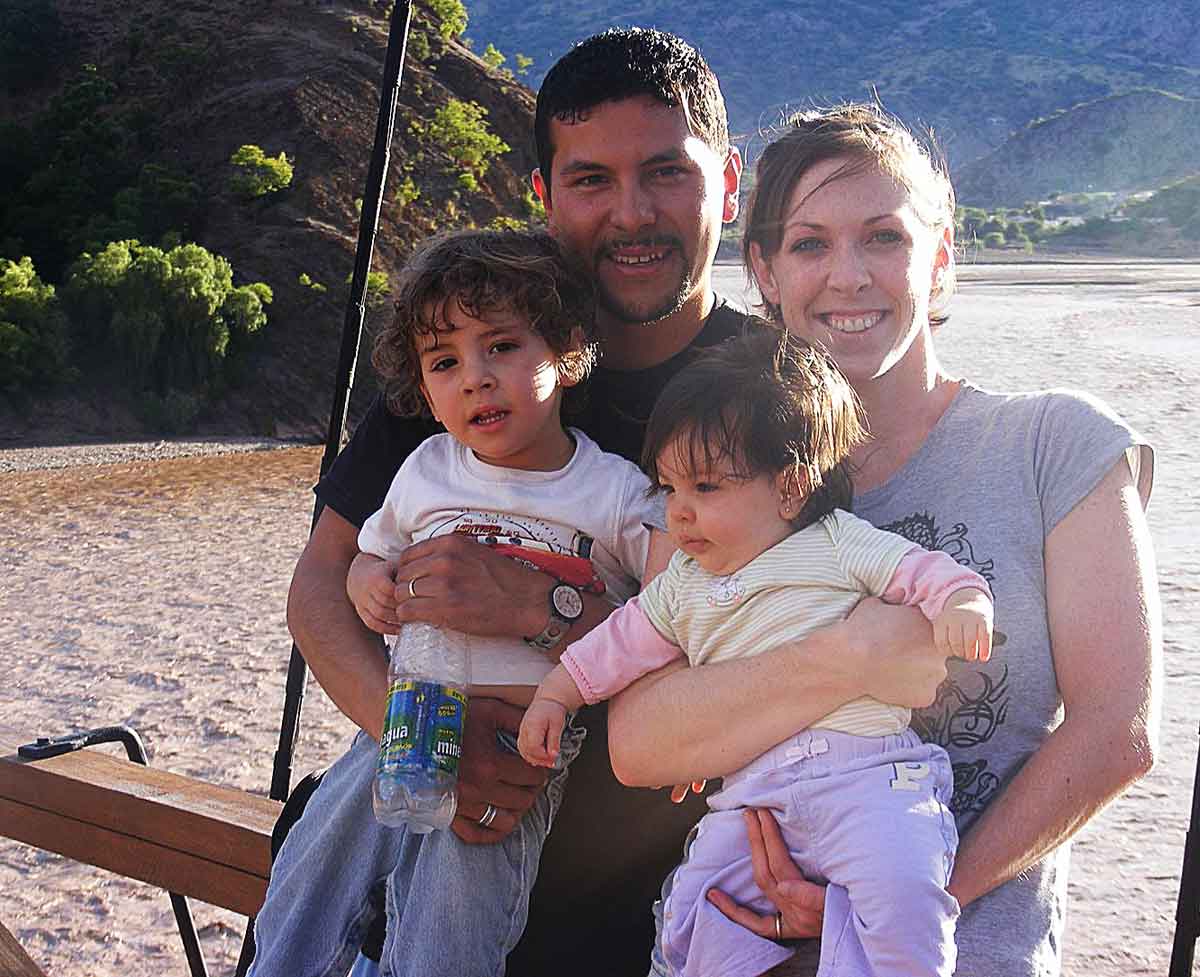 Erik and Jenny Reyes, with children Zion and Mia (photo via sucreteam.blogspot.com)

I got an e-mail from Kent Marcum, a longtime missionary in the South American nation of Ecuador, asking for prayers for his daughter, Jenny Reyes.
Jenny and her husband, Erik, serve on a mission team in Sucre, Bolivia. They have two children — 4-year-old Zion and 2-year-old Mia.
Jenny, 28, was diagnosed recently with Liposarcoma, a malignant tumor in her left leg.
She has worked hard to stay in good physical condition, her father said. “She has even taught body combat exercise classes to young women as part of their outreach to the university students (in Sucre).”
Now Jenny and her family face new challenges — physical and financial. On Dec. 3 she underwent surgery in Austin, Texas, to remove the tumor. She will spend the next two months healing before undergoing radiation and therapy. The surgeon and the anesthesiologist provided their services for free, Erik Reyes said in a recent e-mail.
“I am amazed, just watching how God is working,” Erik Reyes said. “We decided to praise him for every moment that he is leading.”
Despite the savings, the Reyes face high medical bills in the coming months.
“Jenny and Erik are up against a hurdle that will only be passable because of their faith they have in their God,” Kent Marcum said.
Their sponsoring church, the Southgate Church of Christ in San Angelo, Texas, has set up a fund to help. Checks should be made to the church — with “Jenny Reyes Medical Fund” in the “For” line — and sent to:

Jenny’s family has a long history of serving souls in South America. Her parents, Kent and Sharla Marcum, have served as missionaries in Ecuador since 1989. (Read a Views piece Kent wrote for The Christian Chronicle on missions in 2008.) Kent directs the Quito School of Biblical Studies, an associate school of Sunset International Bible Institute in Lubbock, Texas.
I visited the school in 2009 for our “Global South” series. I stayed in nearby Tabacundo, Ecuador, at Camp Bellevue, a church-run camp supported by the Bellevue, Wash., Church of Christ. The Marcums’ other daughter, Jauna Reeger, and her husband, Justin, oversee the camp. Here’s a feature I wrote about their work.
The Marcums’ son and daughter-in-law, Joshua and Julie Marcum, are part of a mission team in Cochabamba, Bolivia. I traveled there in early 2007 for the inaugural service of the Cochabamba Church of Christ. The first official service happened in the middle of a weekend of violent protests, as I reported.
Jenny married Erik, a native of Guadalajara, Mexico, (who shows impeccable taste by the way he spells his first name). She served in Mexico through Sunset’s Adventures in Missions program. The couple helped recruit a team from the Quito School of Biblical Studies to plant churches in Sucre, the constitutional capital of Bolivia. (Bolivia technically has two capitals — Sucre and La Paz — though most maps regard La Paz as the capital.) The team has worked in Sucre for about four years. 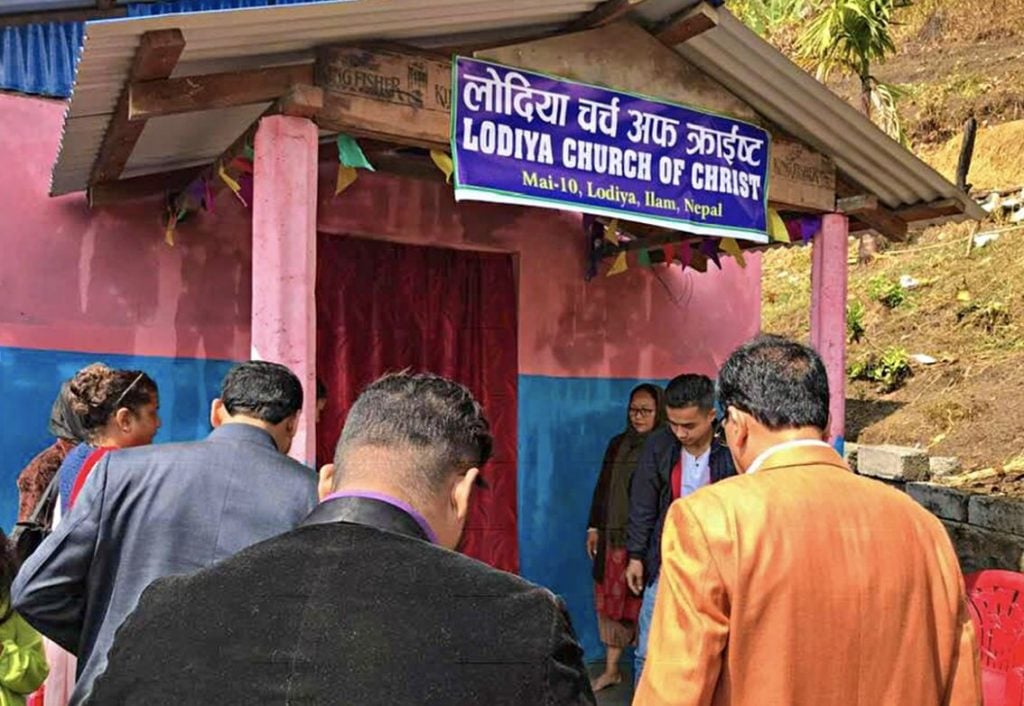 Around the World: New life in Nepal

FEATURED IMAGE (above): Church members from Nepal and India share…