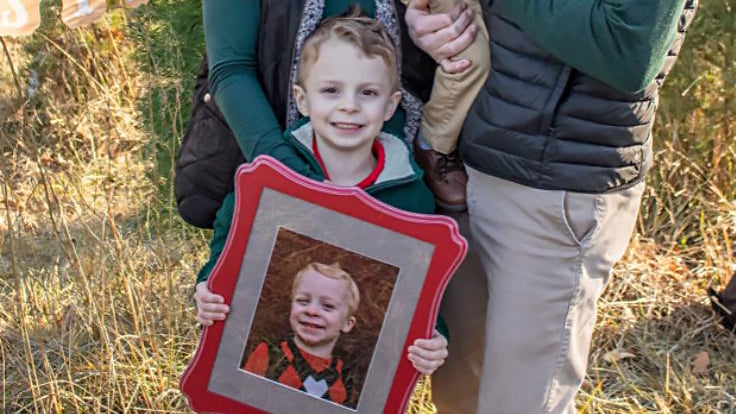 God is near to the brokenhearted

A mother reflects on her relationship with God through her son’s deadly disease. 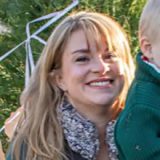 God, are you here?

The Milky Way, the stars and their constellations seemed so vibrant in the wide open night sky. “Are you here?” It was an invitation, not a question. Would His presence join me in our continuous conversation?

Of course God is here. He made this sky and these stars.

A gentle wind blew my hair — and in its light, tender touch, it was as if God was saying, “Speak with me, my precious daughter.”

I laid down on the cold ground, wrapped in the softest, fuzziest blanket I could find from Mom’s living room. I wanted to take in as much of the beautiful night sky as I could. It was breathtaking. I praised God for his creation, and his love for us. Not only did he save us and provide a way for us to have some light in the dark, but I believe he created it for our visual enjoyment, too. I caught sight of a falling star in the Milky Way.

God, thank you for always being with me. 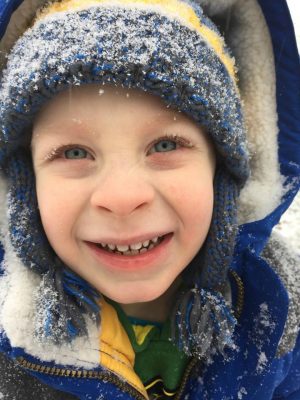 Jackson, my first child, was born Feb. 23, 2011. He was my sweet, little buddy with white blonde hair and light blue eyes. He was an old soul who loved tractors and his little brother.

In February of 2016, Jackson went into cardiac arrest and passed away just five days shy of his fifth birthday. Only four days earlier he had been diagnosed with pulmonary arterial hypertension. The PAH was most likely a secondary disorder caused by a variety of systemic autoimmune disease processes with no known diagnosis. The worst symptom of his unnamed illness was many tiny ulcers that would merge into large lesions inside of Jackson’s mouth. This began when he was about 3 months old.

Multiple childrens’ hospitals consulted on his case, but we were always left without a true, primary disease diagnosis. This was our life with Jackson: researching for answers, advocating for his care, giving him the best care we could and praying on our knees frequently that we were making the best decisions.  A weekly IV treatment at home was successful at eliminating the majority of ulcers for about the last year and a half of his life. This was our story.

I am comforted being around people who knew Jackson. These people know our story and our struggles. Being with people who didn’t know Jackson is harder. How do I have a relationship with someone new, someone who never knew my child, one of the loves of my life? How do you know me if you didn’t know Jackson?

When I think about the rest of our lives and how many new people we will meet, I struggle with the best way to incorporate Jackson into those relationships. I want everyone to know that Jackson was here, that he made such an impact on my life. He made me a mother; he was beautiful and charming.

God is here. He knows. 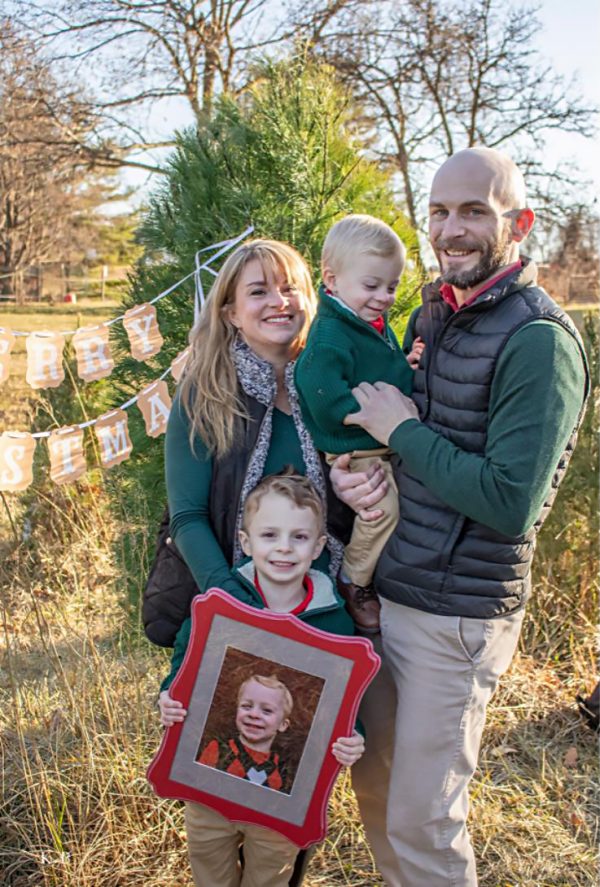 Rachel Hewitt with her husband, Christopher, sons Harrison and Kellan, and Jackson, in the photo frame.

God has always been here. Wherever I go, whatever I’m doing, God knows. God knitted Jackson together in my womb. God was with me as I prayed for strength to push that baby out of my body. He was with me all of the nights that I cried knowing that I would be up a lot with Jackson — those nights when I would tear up and say, “Well God, it’s just you, me and Jackson right now.”

God is still here and he knows, always.

With God, I don’t need words to explain all of the feelings I feel. No one else, no other relationship affords such soothing reassurance and brings the truth to the Scripture, “God is near to the brokenhearted.”

Understanding that God knows, that he is here, has brought me comfort. I do have someone who has been with me all of my life, someone knows everything about Jackson and how he lived. Someone who knows me. I wish I had understood that sooner. I wish I’d understood that with God, I don’t need words to explain all of the feelings I feel. No one else, no other relationship affords such soothing reassurance and brings the truth to the Scripture, “God is near to the brokenhearted.”

God knows and God is here.

RACHEL HEWITT is a member of the Waynesboro Church of Christ in Virginia. She is a graduate of Harding University in Searcy, Ark. 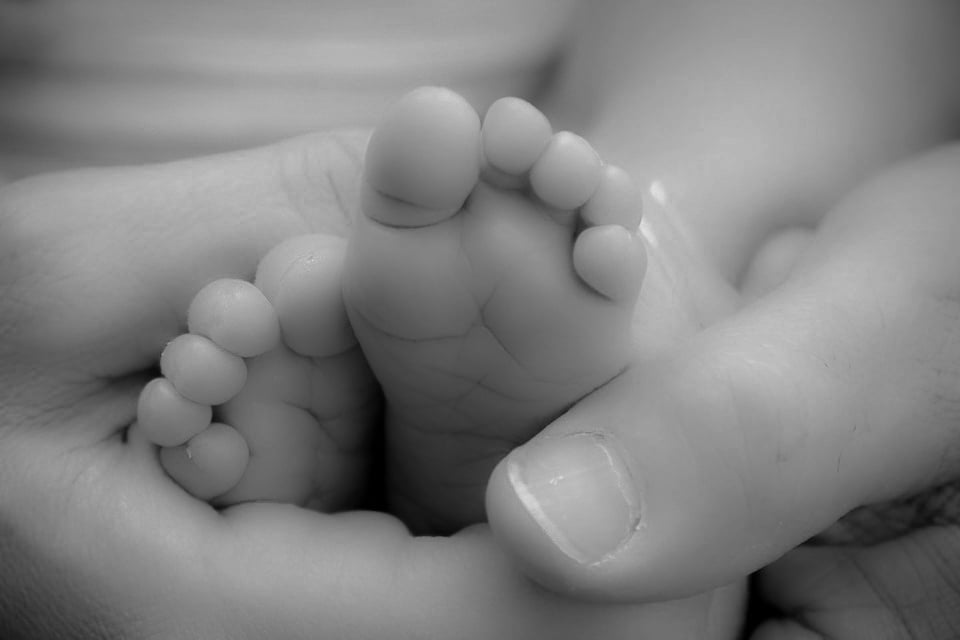 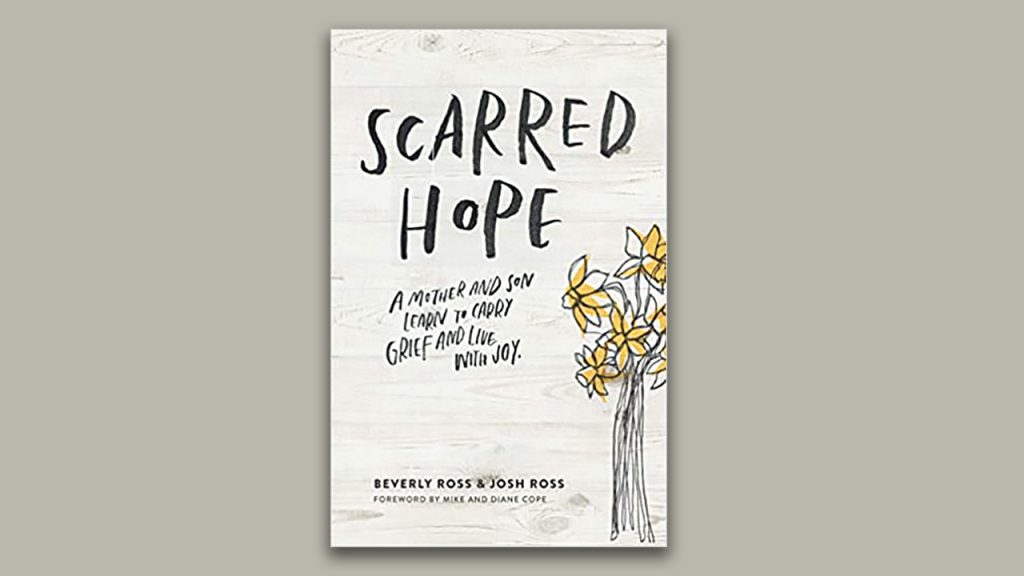 Mother, son share their journey of grief and hope

‘In our culture, we don’t know what to do with…

A jump-started prayer life: Girl’s illness rekindles a fire that should never go out

Not long ago, I asked you to pray for Bella…