A book-burning memorial — and Jesus’ words to the Canaanite woman — teach difficult lessons on how we view those different from us.

On May 10, 1933, a group of National Socialist students marched into Römerberg Square, right in front of Frankfurt city hall and built a massive bonfire of books they considered un-German — works by scientists, communists, philosophers. Books on religion. Books by Jews.

Across Germany, torch-wielding mobs in university towns did the same.

Eighty-five years later, after the horrors of the Holocaust and World War II, the pavement here bears a dark metal circle inscribed with the words of 19th century German-Jewish poet Heinrich Heine, one of the writers banned by the Nazis: “Where they have burned books, they will end in burning human beings.”

After the war, members of Churches of Christ — some of them military — came here and shared Christ with the Germans. One of their first converts was Klaus Goebbels.

His grandson, Christian Derendorf, worships with the Kelkheim Church of Christ and was gracious enough to show me around Frankfurt during a long layover on my way to South Africa.

That dark memorial hung in my mind as I prepared a Missions Sunday sermon for a church in Arkansas recently. 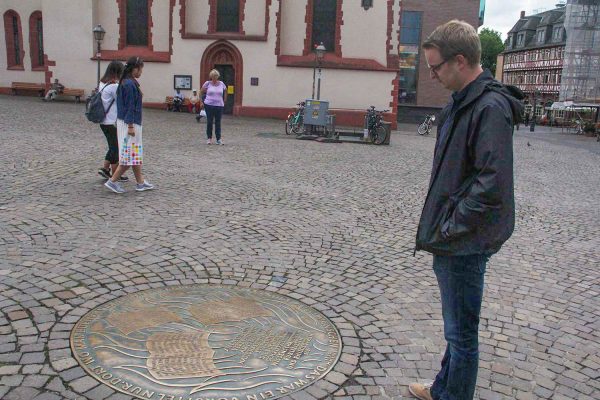 I could’ve listed dozens of reasons for supporting mission work. But I kept thinking of that circle of hate.

I decided to preach on how God uses global missions to change the “other” into “brother.”

Amidst the polarizing noise, very few of us are getting reliable information about who these people are and why they’re coming here.

Take, for example, the migrant caravan at the U.S. border. I hesitate to bring it up because of the charged political climate, but that’s the point.

For some of us, the souls who are wearing out their soles as they walk from Honduras are the “other” — the threat at our doors. They’re law-breakers and drug dealers.

But some of us use the caravan to demonize another “other” — those with legitimate concerns about border security, terrorism, human trafficking. We paint them as cold, ignorant and heartless. They’re not.

Amidst the polarizing noise, very few of us are getting reliable information about who these people are and why they’re coming here.

I was at the U.S./Mexico border just a few months ago, covering a story about the Church of Christ North in Pharr, Texas, and their outreach to Spanish speakers on both sides of the border. Just south of McAllen, in Reynosa, Mexico, I met a Mexican woman named Virginia who had worked in the U.S. illegally and raised four kids there.

Related: At the border, a prayer for ‘forgotten people’

“I know what you think of me,” she said, but she wanted me to know that, when she was in the U.S., she worked hard and didn’t take anything from my government. After all, she added, “Even dogs labor to eat.”

At that moment, Virginia was no longer the “other” to me. She was a real person, and her words reminded me of the Canaanite woman’s response to Jesus in Matthew 15: “Even the dogs eat the crumbs that fall from their master’s table.” 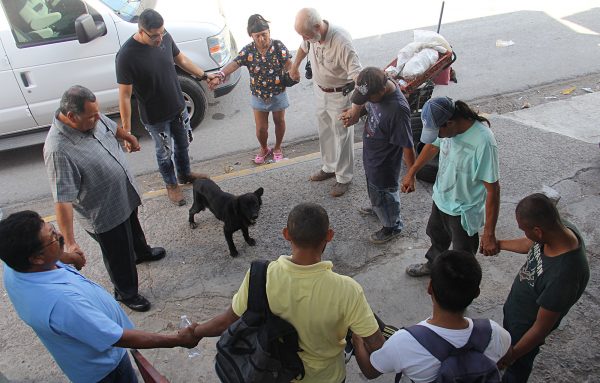 Ministers from Mexico and the U.S. pray for migrant workers in Reynosa, Mexico.

It’s from a story that really disturbs me. You see, this woman (a Canaanite, someone the Jews were warned to stay away from in the Old Testament, an “other”) wants Jesus to cast out a demon from her daughter, but the disciples try to send her away. Finally, Jesus says, “It is not right to take the children’s bread and toss it to the dogs.”

Ouch! That can’t be right, can it?

Biblical scholars have tried, in vain, to water down Jesus’ words. Part of the problem, I think, is that we’re so focused on the woman that we forget the actual audience — the disciples.

These are, after all, the same disciples who, one chapter earlier, tried to send away a multitude that had gathered to hear Jesus. His response: “You give them something to eat.” They did, and he blessed it.

Jesus takes a name spoken in hatred and redefines it.

Oh, and there were 12 baskets — baskets of crumbs — left over.

In the end, Jesus praises the woman’s faith and grants her request. I think he also challenges his disciples to see her as more than an “other.” She’s not just a Canaanite; she’s a fellow recipient of God’s mercy. Jesus takes a name spoken in hatred and redefines it.

(He does this a lot. Remember that other group of people loathed by Jesus’ followers, the Samaritans? What’s the first word that comes to mind when we think of them now?) 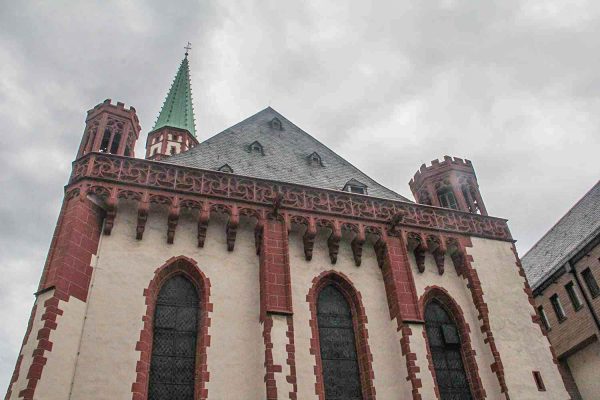 Back in Frankfurt, one of the most striking features of that book-burning memorial is the building next to it — Old Nikolai Church, which dates back to the 1300s. What did the people who worshiped here have to say about what happened in 1933?

Did they sit in silence? Did they participate? Did they later join the Confessing Church, the group associated with Dietrich Bonhoeffer that stood up to the evil of the Nazis?

My tour guide, Christian, visited the U.S. with his wife in 2017 when that white nationalist rally took place in Charlottesville, Va., resulting in the death of a counter-protester.

He couldn’t believe what he saw on TV — young men marching with torches, yelling “Jews will not replace us!” His country still wears the scars of that hatred, even 85 years later.

We can’t allow that again. In 2019, we must not shut out the world and live in fear of the “other.” I pray that God — through our mission work, through whatever means necessary — will help us see his children as they are: brothers all, in need of a Savior. 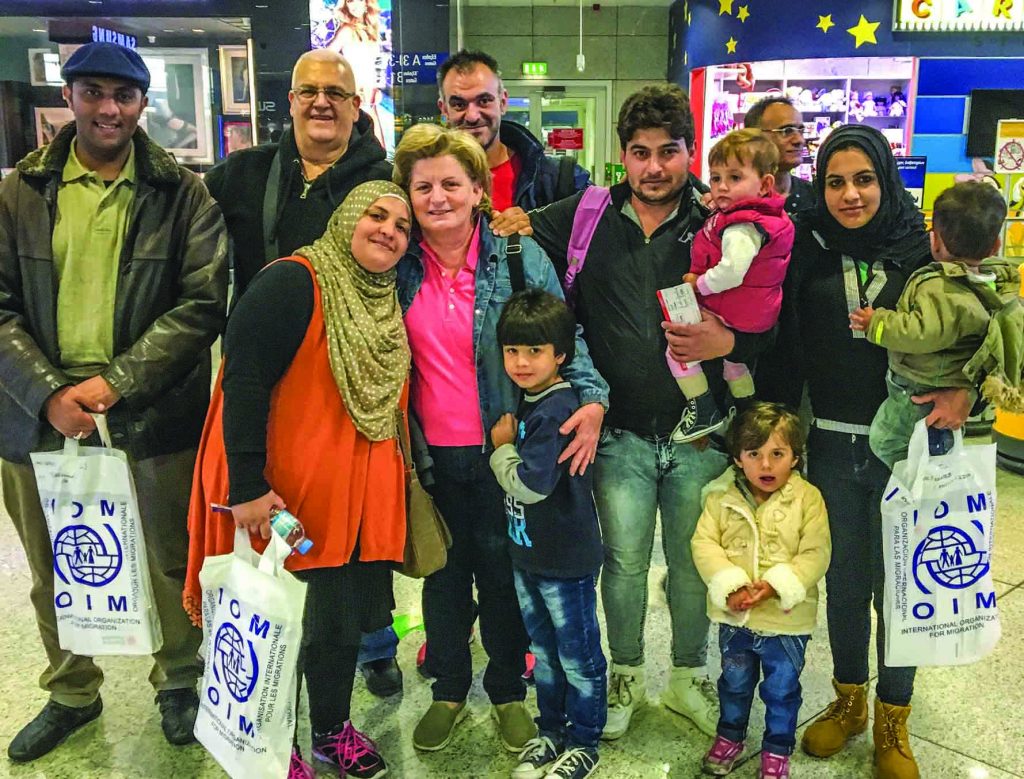