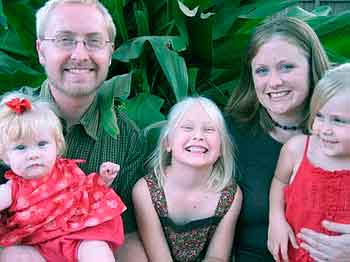 Goat meat, Scripture memorization and a dead duck — just another week in Mozambique

“So what’s it like over there?”
That’s a question Alan and Rachel Howell hear every so often from their friends in America. So, in a recent blog post, the missionaries in Montepuez, Mozambique, detail a week in their lives. Here’s an excerpt:

Saturday – We spent the morning receiving visitors and getting ready for a celebration with some church leaders I have been working with. We bought rice and goat meat and set up a big tent in the backyard, and the guys started arriving around 10 a.m. These 10 church leaders are from six different villages; I studied with them in two different groups based on where they live (Chiure and Chipembe), but we decided that the celebration should be together. These men committed to memorize the book of Titus together, most of them memorizing in Portuguese but some using Makua-Metto or Swahili. We all gathered on our front porch to take turns quoting Titus to each other.

Alan Howell also writes about treks to rural villages — to meet with young congregations and visit the ill. He describes a series of meetings with his fellow church planters.
But my favorite part of the post is Alan’s description of an incident involving a missing duck. (Well, it wasn’t missing. Everyone knew exactly where it went.)

On Thursday morning I had to go to our team’s land to resolve a problem. Our guard dog had sneaked through the bamboo fence and eaten a neighbor’s duck, and the neighbor was upset and wanted to meet with us about it.
One of the guards and I walked over to her house to try and resolve the issue. We visited for a long time, talking about her poor health and then finally settled down to the business of negotiating the price of her duck.
After paying for the duck, she started sharing about how impressed she was with the way the churches we work with handle funerals. An uncle of hers had died earlier this year, and she shared how hard it was on the family when they had to provide a huge meal and money.gif?Action=thumbnail&Width=460&algorithm=proportionalt for the local religious official in order to have a proper burial. She asked us why the churches we worship with don’t require payment and a huge meal for burial services. We talked about how the book of James says that true religion is to care for orphans and widows in their distress, so we see funerals as a time to show love to people who are suffering, not as a time to add to people’s suffering.
She shared that she was interested in following Jesus, but that since her whole family was MusIim it would be difficult. We talked for a while longer and then she asked some questions about spirit possession and whether followers of Jesus could keep doing divination. At the end of our conversation I gave her a copy of the Scriptures we have in Makua-Metto and prayed for her to get well.
Walking back to the land, the guard and I talked about how amazing God is that he can turn something bad and inconvenient, like a dog eating a neighbor’s duck, into an open door for someone to see the Kingdom of God come near.

Read the entire blog piece. Or see the church-planting team’s website for more information about the Mission Among the Makua-Metto. The other team members are Chad and Amy Westerholm and Jeremy and Martha Smith. Martha Smith is the daughter of Fielden and Janet Allison, the longtime missionaries in Africa who gave me a ride from Swaziland to Johannesburg during my reporting trip to southern Africa a few months ago. Here’s the profile I wrote about the Allisons. (And here’s a blog post I wrote about my time with them. Oddly enough, the subject of goat meat came up there, too.) 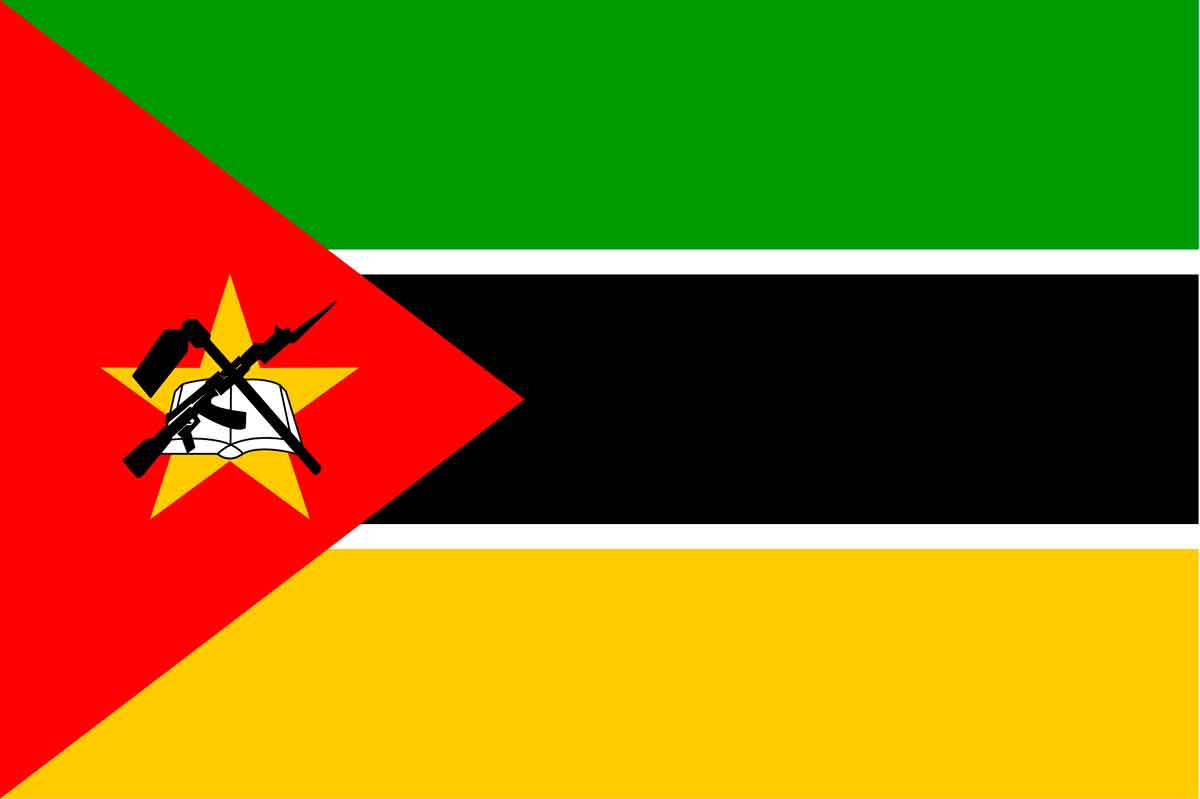 Speaking of rides, I got close to northwestern Mozambique during that reporting trip. While visiting Malawi, Dick Stephens of The Malawi Project drove us from the city of Dedza to Namikango Mission — along a road that straddles the Mozambican border. I could see Mozambique’s flag flying from the border crossing checkpoints just across the road. Mozambique’s flag is pretty distinct. It’s the only flag in the world to bear the image of a modern rifle — the AK-47, a testament to the country’s 16-year civil war.
Do you have any “day in the life” or “week in the life” stories from the mission field? Please let us know. 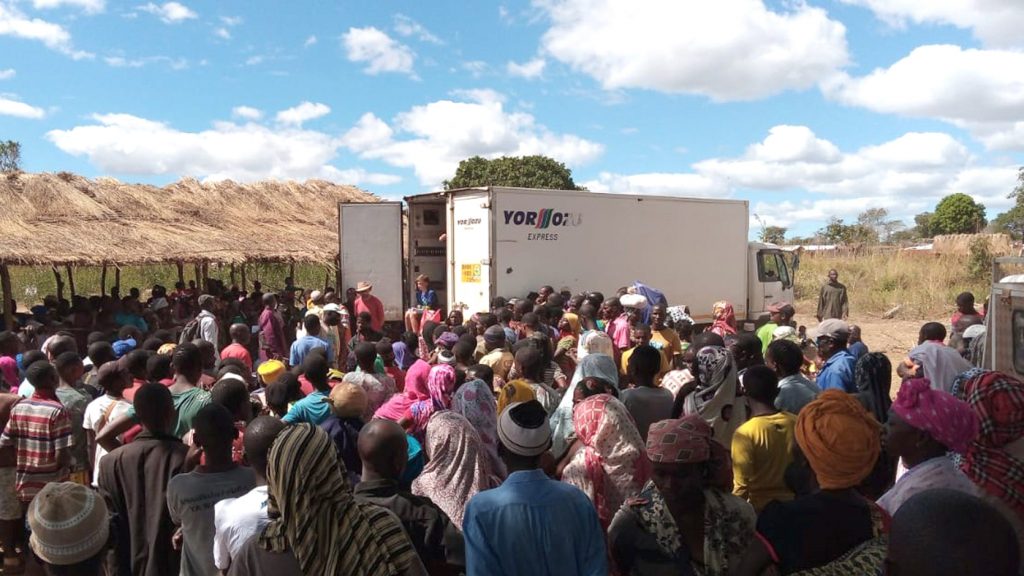 MONTEPUEZ, Mozambique — A Church of Christ in this southern…