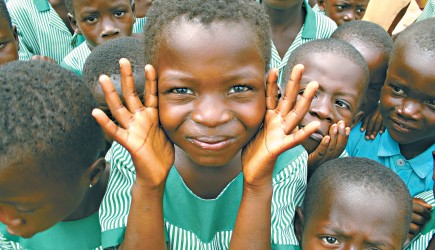 Global South: About this series

Erik Tryggestad
President and CEO
Churches of Christ are changing.
Less than a century ago, most of the members were concentrated in the United States. But after decades of evangelism, the epicenters of church growth have shifted to the Global South — Africa, the Indian subcontinent, Southeast Asia and Latin America.
Increasingly, Christians from these regions are taking the lead in evangelizing their own people and reaching beyond their borders.
The Christian Chronicle launched Global South in 2009 to spotlight the changing face of the church. The series focuses on indigenous-led ministries, including the Makanisa School for the Deaf in Ethiopia.
Other features describe how the changing demographics of faith are transforming Churches of Christ in the U.S. and Europe.
Global South: The changing face of the church
Links to stories in this series
Part 1
The changing face of the church (series introduction, from Ukpom, Nigeria)
South goes North (Africans in Minnesota, from Brooklyn Park, Minn.)
Africa: A century later, church membership tops 1 million (region-by-region feature, from Kumasi, Ghana)
A conversation with Wendell Broom (former missionary to Nigeria, from Abilene, Texas)
The new demographics of faith (editorial)
Part 2
Dream for Christian college materializes (education and Africa, from Accra, Ghana)
He takes notes, shoots photos — and preaches (Inside Story column about Ghanaian church, from Amsterdam)
Christianity’s southward shift demands new history (review of “The New Shape of World Christianity” by Mark A. Noll)
Part 3

A supporting role for U.S. Christians (examples of U.S. missionaries taking on support roles instead of traditional evangelistic roles, from Tabacundo, Ecuador)
In Ecuador, faith reaches new heights (profile of indigenous church, from San Bartolo, Ecuador)
India and the subcontinent: A profile of churches (from New Delhi, India)
A conversation with Mark A. Noll (Christian author and scholar)

In U.S. and Africa, refugee teaches Christ to his people (profile of Sudanese church member, from Oklahoma City)

A conversation with Maria Dutton (church member in Brazil)
Part 7

Mr. Boateng goes to Washington: Believers from Global South worship in D.C. area (from Hyattsville, Md.)
To give hope, it takes a village (profile of Village of Hope, from Gomoa Fetteh, Ghana)
Law school grad: ‘Love lifted me’ from the streets to success (profile of Ghanaian youth helped by Village of Hope, from Edmond, Okla.)
After eight years in Africa, Dr. Ellen Little comes home (profile of missions doctor to Uganda, from Abilene, Texas)
Part 10

‘Listen to what we have to say’ (Vice President of Malawi applauds church members for partnership, from Indianapolis)

The face of Malawi: In a small African nation, Churches of Christ thrive (from Jali, Malawi)

The miracle of Malawi: After a century of dramatic growth, Churches of Christ focus on unity, urban ministry (from Thondwe, Malawi)

A conversation with Howard Norton (pioneering missionary to Brazil)
Part 17

A tale of two church plants: In Brazil, native Christians and U.S. missionaries carry on a legacy of evangelism (from Guarapari, Brazil)
Brazilian church partners in job training (from Vitoria, Brazil)

A nephew’s ‘gift’ leads to transformed lives (from Vitoria, Brazil)
VIEWS: In Africa, foreign support may rob God of his role as sustainer
VOICES: A mingling of the mission-minded (from North Richland Hills, Texas)
EDITORIAL: To reach the majority, we must decrease