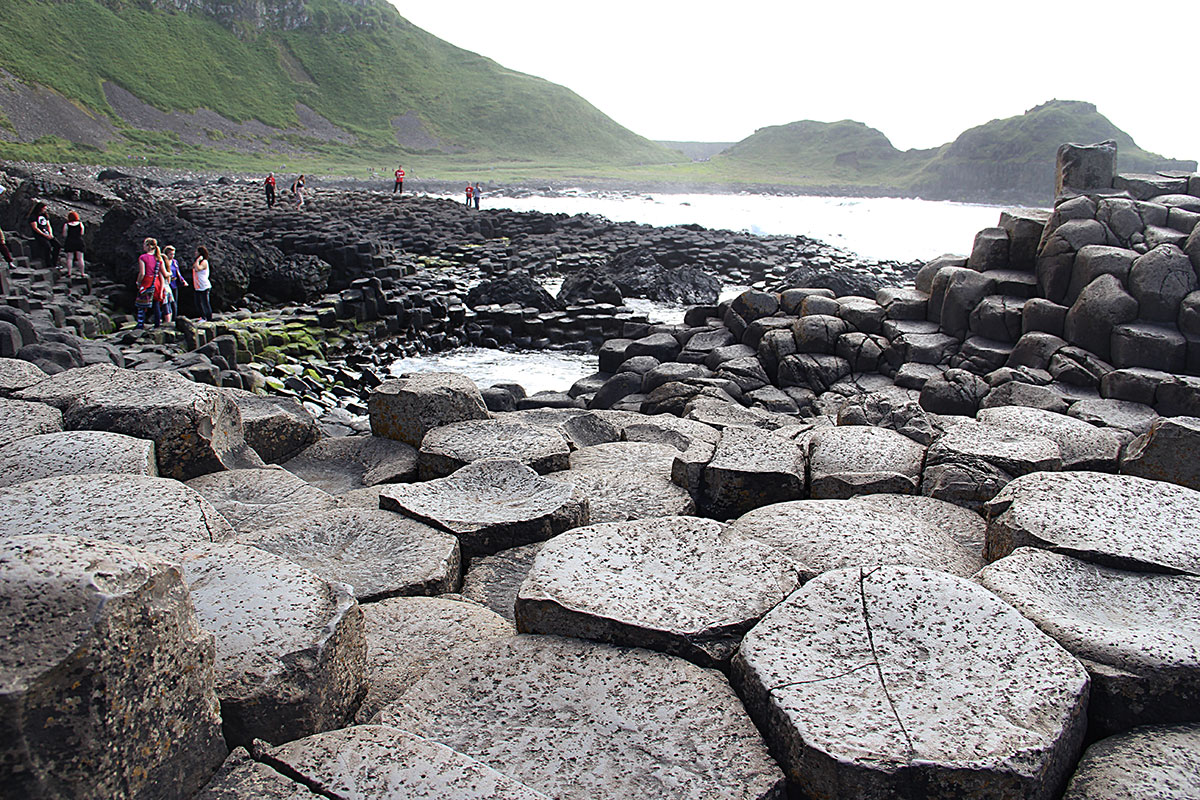 The Giant’s Causeway in Northern Ireland (Photo by Erik Tryggestad)

Sure, geologists will tell you that the interlocking stones that comprise the Giant’s Causeway are nothing more than columns of something called basalt, formed millions of years ago by a volcanic eruption. But the locals here — or at least the guide on my audio tour — will tell you that the stones were put here by an Irish giant, Finn McCool, as he built a bridge to Scotland.
I took a break from reporting this afternoon to view the Causeway, which is just a few miles from the home of Bert Ritchie, minister for the Coleraine Church of Christ. He and his wife are my gracious hosts as I visit Northern Ireland. This morning I worshiped with about 20 members of the congregation. 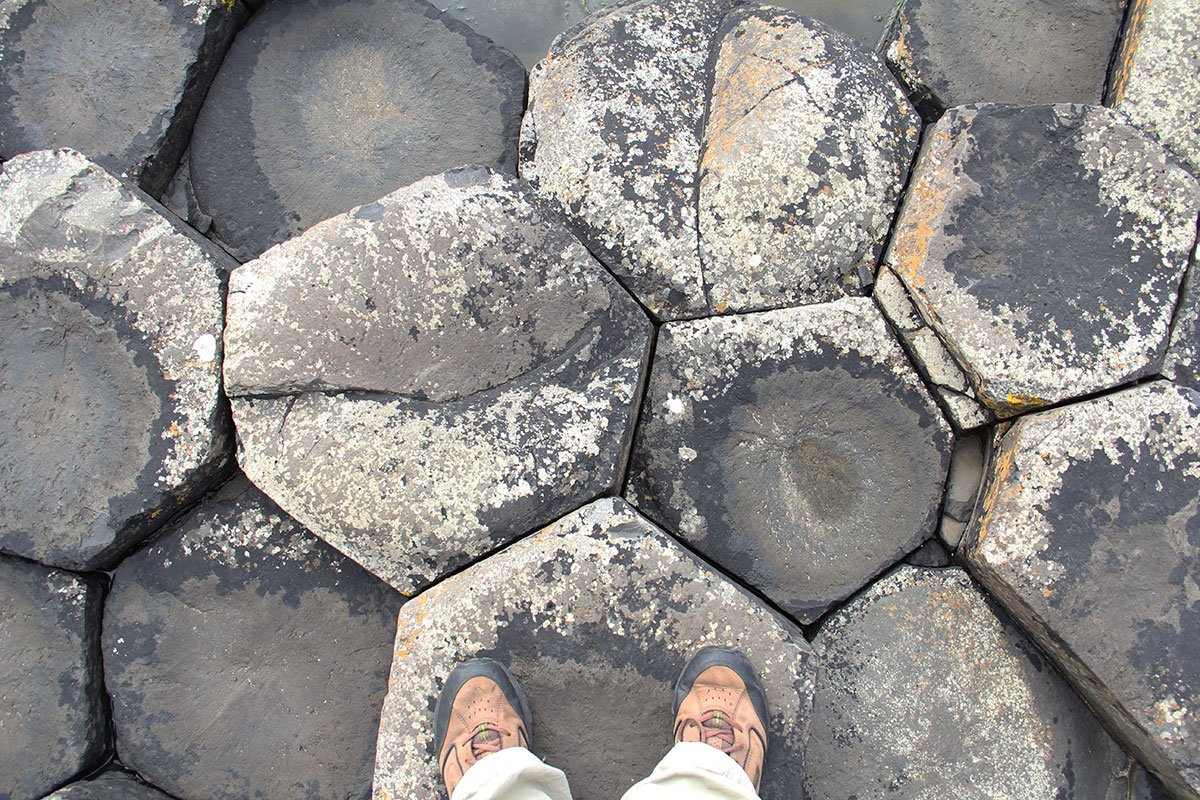 I arranged a stopover here on my way back from Benin in West Africa, where I attended graduation at the Center for Bible Training.
“I have to change planes in Europe anyway, so why not stop there for a few days?” I thought. I try to do that when I can, although it’s much tougher — and pricier — than it should be, working it out with the airlines. This time I got a little creative with the booking. Lord willing, I’ll make it home later this week. 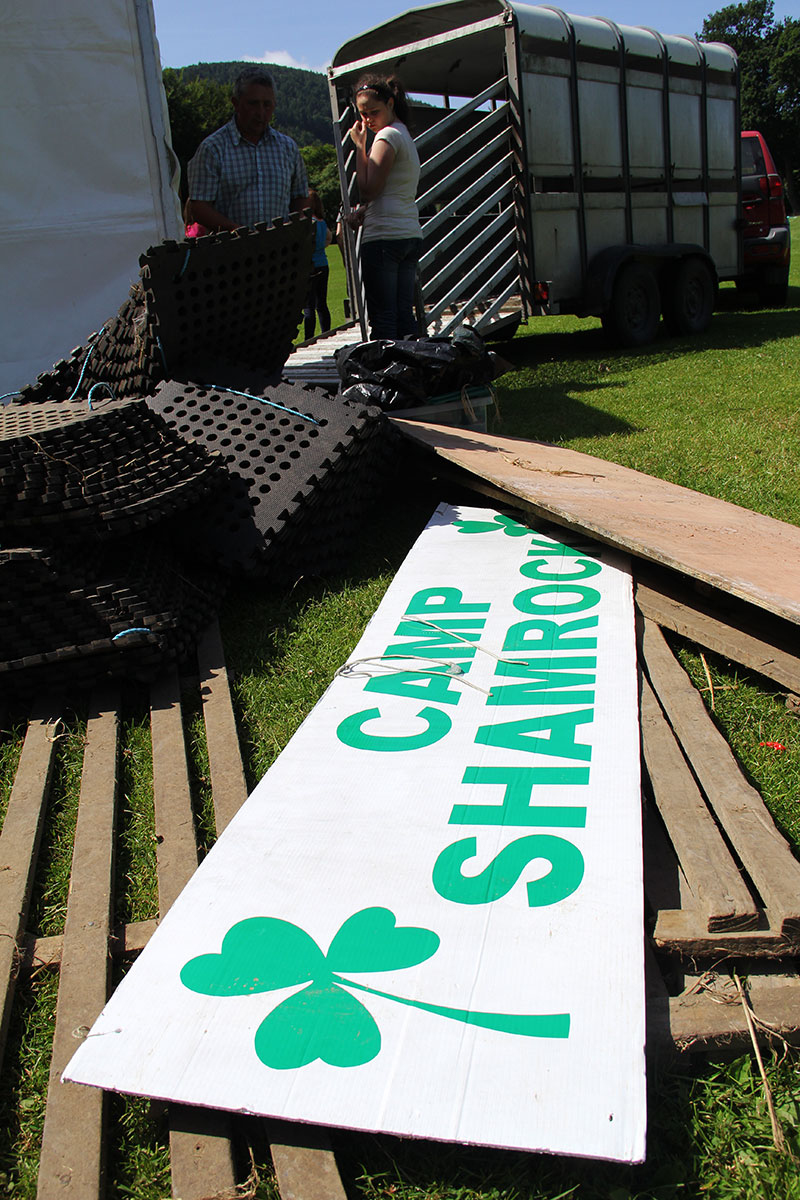 Getting here via London’s Heathrow airport proved more challenging than I expected. There are extra layers of security in traveling to Northern Ireland, which is part of the United Kingdom and the focal point of years of conflict between supporters of the British crown, mostly Protestant, and those of a Catholic background, desiring unification with the Republic of Ireland — south and west of here.
“The Troubles” is a common name for the conflict, which has eased since the signing of the Good Friday Agreement of 1998.
There’s a lot of distrust — generations of it, in fact — to overcome. Ritchie has played a vital role in faith-based reconciliation. (Read our 2006 coverage of his meeting with Sinn Fein president Gerry Adams. He’s also met with the president of Ireland.) This morning members of the Coleraine church told me that Ritchie’s involvement as a peacemaker benefits the church and the people of Northern Ireland.
Camp Shamrock plays a part in that reconciliation. For more than 40 years, church members have hosted the summer youth camp in Newcastle, about two hours south of here. We traveled there yesterday to help with the setup. The boy’s camp starts tomorrow, July 8, and the girl’s camp a week later, July 15.
In the next two weeks, a generation born after the Good Friday Agreement will hike, play soccer and get to know each other. By the time they figure out what their parents believe — religiously and politically — “it’s too late, they’re friends,” Ritchie says.
It takes big faith to think that a little Church of Christ can play a role in such a monumental task — bringing healing to a place that has endured years of terrorism and conflict.
But this is, after all, a land of giants. 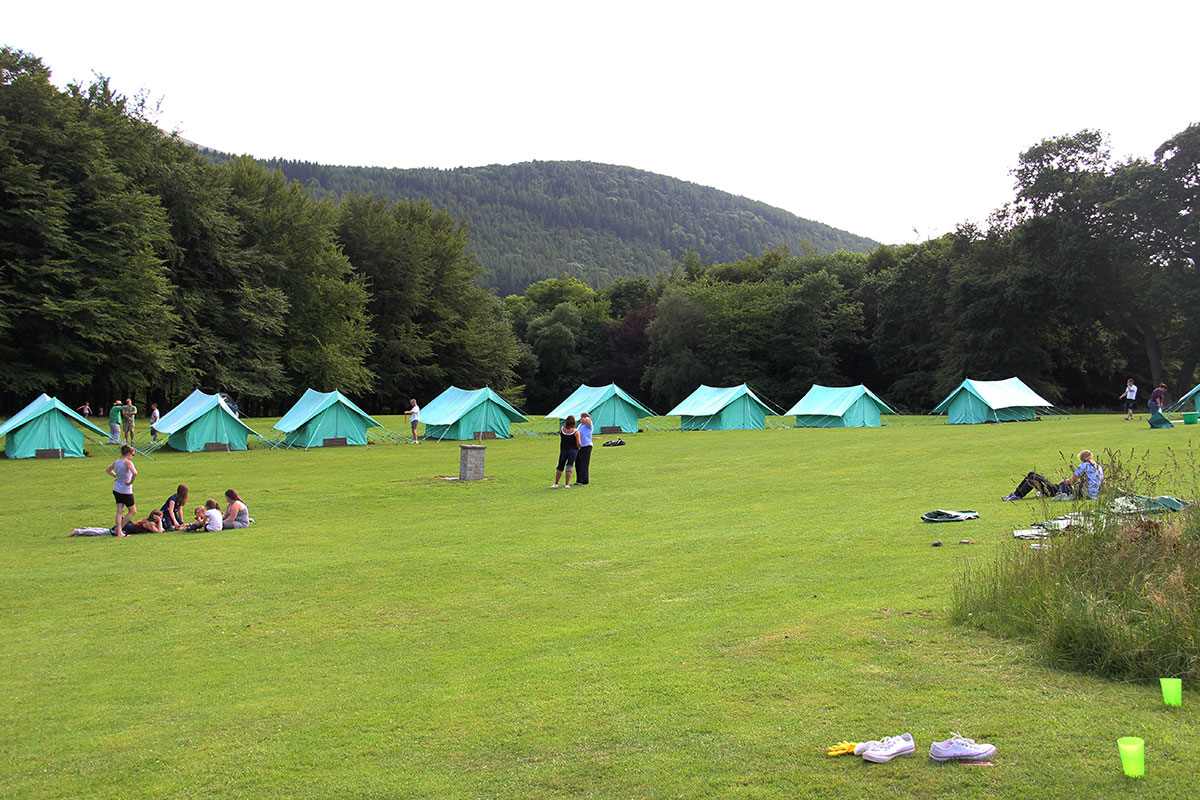 Tents are set up and waiting for campers at Camp Shamrock. (Photo by Erik Tryggestad) 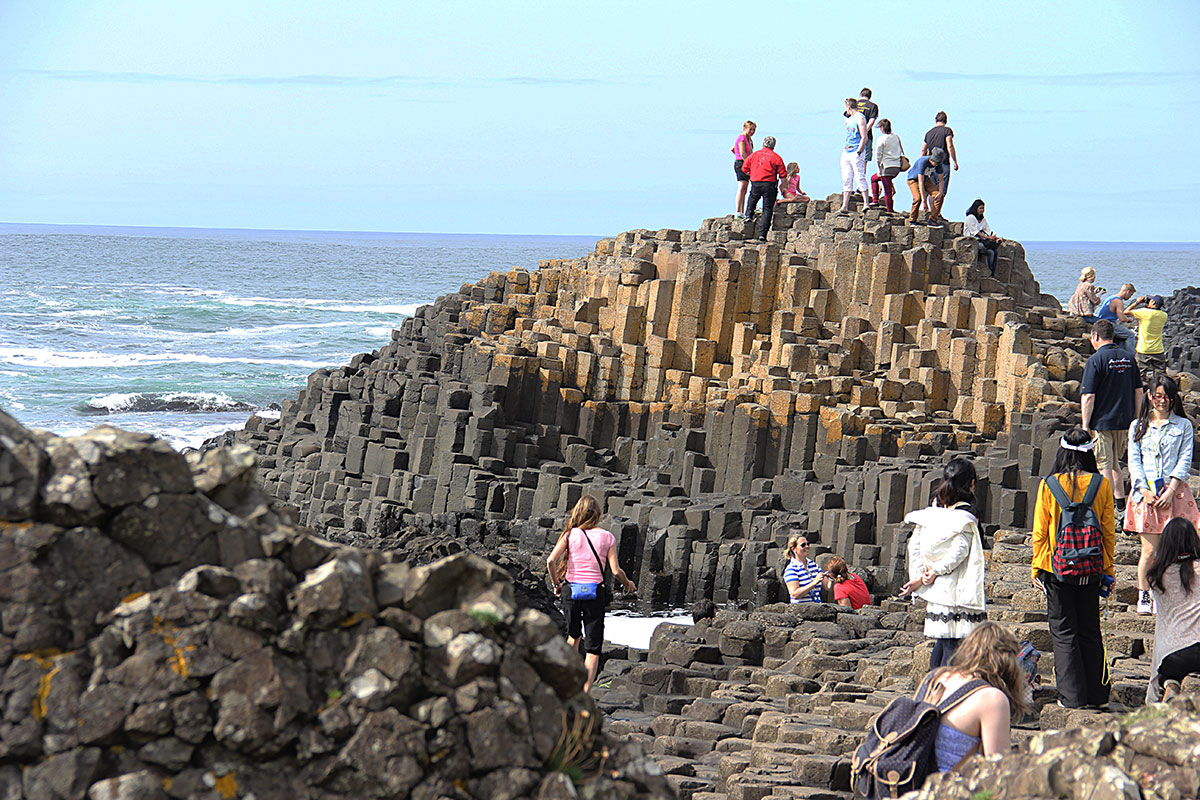 Another view of the Giant’s Causeway (Photo by Erik Tryggestad)