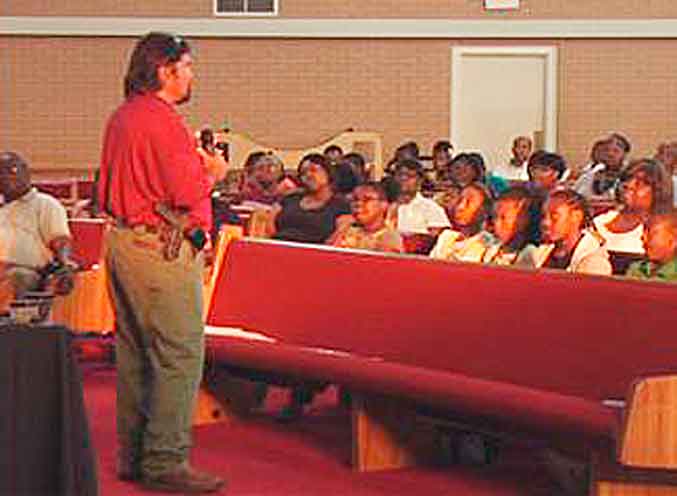 In addition to teaching youngsters about the Bible, the River Road Church of Christ in Albany, Ga., used its Vacation Bible School to warn them about the dangers of drug abuse.
A member of the Albany-Dougherty Drug Unit spoke during the VBS about the consequences of the drug abuse — not only illegal ones, but abuse of prescription drugs as well, WXFL-TV reports.

A member of the Albany-Dougherty Drug Unit speaks at the River Road Church of Christ in Albany, Ga. (Photo via www.mysouthwestga.com)

Antron Patton, VBS Coordinator, says his background as a police officer influenced him to have the Albany Dougherty Drug Unit visit at Vacation Bible School.
“A growing issue in our community with kids seems to be using drugs younger and younger, and we want to make them aware and educate them on the dangers of drugs, hopefully deter them from ever using drugs,” he says. “Drugs actually ruin families’ lives and that affects the church so that’s why I wanted to get the message out to our young people.”