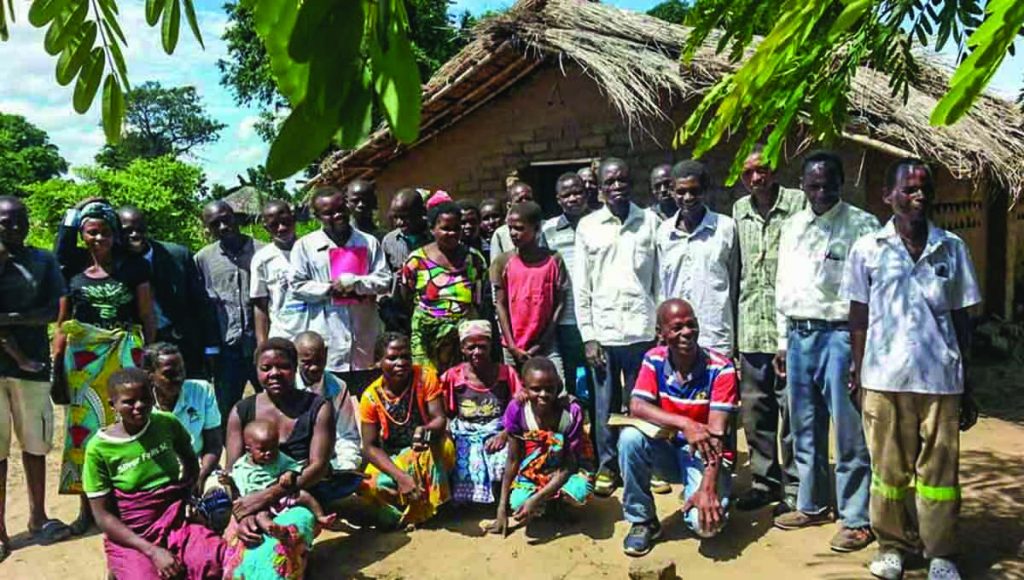 After a devastating cyclone, a newly planted church in southern Africa gets gifts of love from fellow Portuguese-speaking believers.

Now Christians in the Portuguese-speaking nations, separated by more than 4,800 miles, are responding to one of the worst weather disasters ever recorded in the Southern Hemisphere.

Cyclone Idai killed as many as 1,000 people, devastated farmland and drowned livestock as it cut a swath of destruction across southeastern Africa in mid-March. 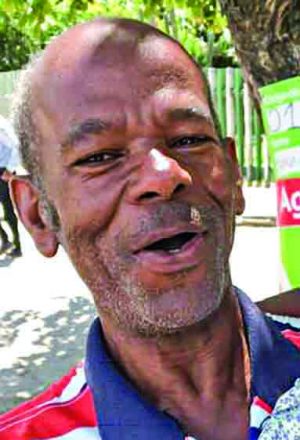 Then the Indian Ocean itself, where church members were baptizing souls into Christ, seemed to rise up and attack.

The storm made landfall just north of Beira with winds near 160 miles per hour. Torrential rains flooded the city of 530,000 souls and damaged nearly 90 percent of its buildings, aid agencies reported.

Pereira and his fellow church members survived the storm and began making plans to help their neighbors recover.

Across the ocean, Brazilian Christians did the same.

“As soon as we heard about the cyclone, we began to think of a way to help them,” said Nilton Contreiras Barretto Jr., a minister in Recife, Brazil.

Working with the Bonocô Church of Christ in Salvador, Brazilian Christians raised 7,000 real (about $1,800) in five days.

In the weeks that followed, churches across Brazil had special contributions to help Christians in Mozambique purchase aid for storm victims.

In Brazil, Churches of Christ date back to 1929, when missionaries from the U.S. planted the first congregations in the state of Pernambuco in the northeast. Now congregations meet across South America’s most populous nation.

Brazilian Christians see plenty of need at their doorsteps. About one-fourth of their country’s population of 209 million souls lives below the poverty line — on about $5.50 per day, according to data from the Brazilian Institute of Geography and Statistics. Many Brazilian churches support benevolence works.

But it was the spiritual poverty they saw in Mozambique — particularly, the lack of Bibles — that led them to help. 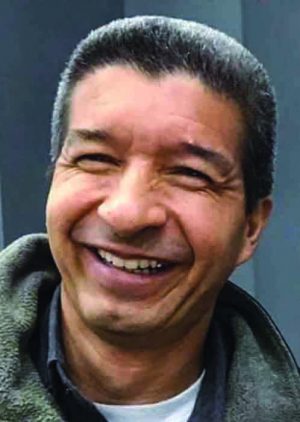 Contreiras, an instructor at EBNESR (a Portuguese acronym meaning “National Bible School to Equip Servants of the King”) traveled to Mozambique in 2012 with Tim Brumfield of Lubbock, Texas-based Sunset International Bible Institute. Brumfield works with Churches of Christ across the Portuguese-speaking world.

Contreiras was distressed to see so many of his brethren without Bibles, “and the few they had were old, with pages missing,” he said.

When he returned to Brazil, he helped launch a campaign to send boxes of Portuguese-language Bibles to Mozambican churches.

(Baretto currently is working with Sunset to develop Portuguese material for the institute’s solar players, self-contained speakers connected to a hard drive that contains a complete, spoken-word Bible and hundreds of hours of Bible lessons.)

In addition to Bibles, Brazilian Christians sent support to Mozambican evangelists. Then, late last year, Brumfield participated in a campaign to plant a congregation in Beira. Six people participated in a course titled “Let the Bible Speak” and were baptized in the Indian Ocean. Mozambican preachers Bartumeio Banqueiro Biasse and Samuel Jacob Waitala elected to stay and work with the young church. 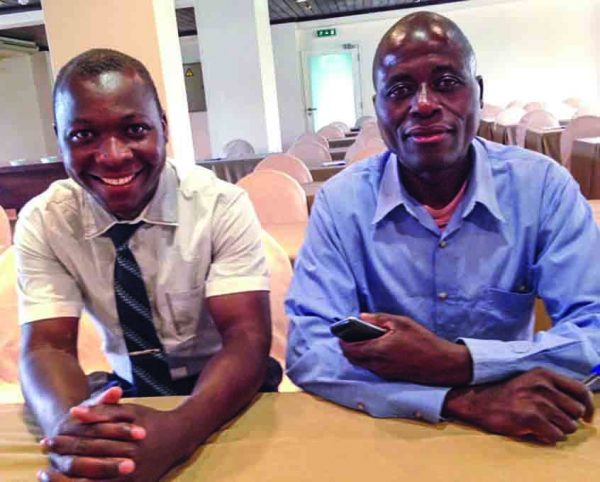 Christians in Salvador sent Pereira to join them. A graduate of EBNESR, he previously served as a missionary in Aracaju, Brazil, supported by the church.

Securing a visa for Pereira was difficult, Brumfield said, but the evangelist got right to work, teaching Bible courses and training the two Mozambican evangelists.

Pereira’s wife, Edilza, and children plan to join him. Three of their children have done ministry training and internships.

Brumfield said he prays that the effort will “demonstrate to our Brazilian brothers that they can send their own as missionaries to highly receptive mission fields where they speak Portuguese. What a beautiful Christian family this is.”

Plans to move the rest of the Pereira family to Mozambique are on hold as the church members respond to the storm.

In a recent message to his Brazilian brethren, Pereira detailed plans to distribute food, medicine, cooking charcoal and mattresses to those in need.

Meanwhile, Christians in his home country continue to collect funds to assist in Mozambique’s long recovery.

In September 2018, students in Beira study a “Let the Bible Speak” course, which resulted in six baptisms and a new Church of Christ. By early April, the new church had 49 souls in attendance for Sunday worship.

“Let’s remember the Macedonians who helped the brothers in Judea in a time of famine,” he added, referencing the apostle Paul’s account from 2 Corinthians 8. “They did it by their own initiative.” 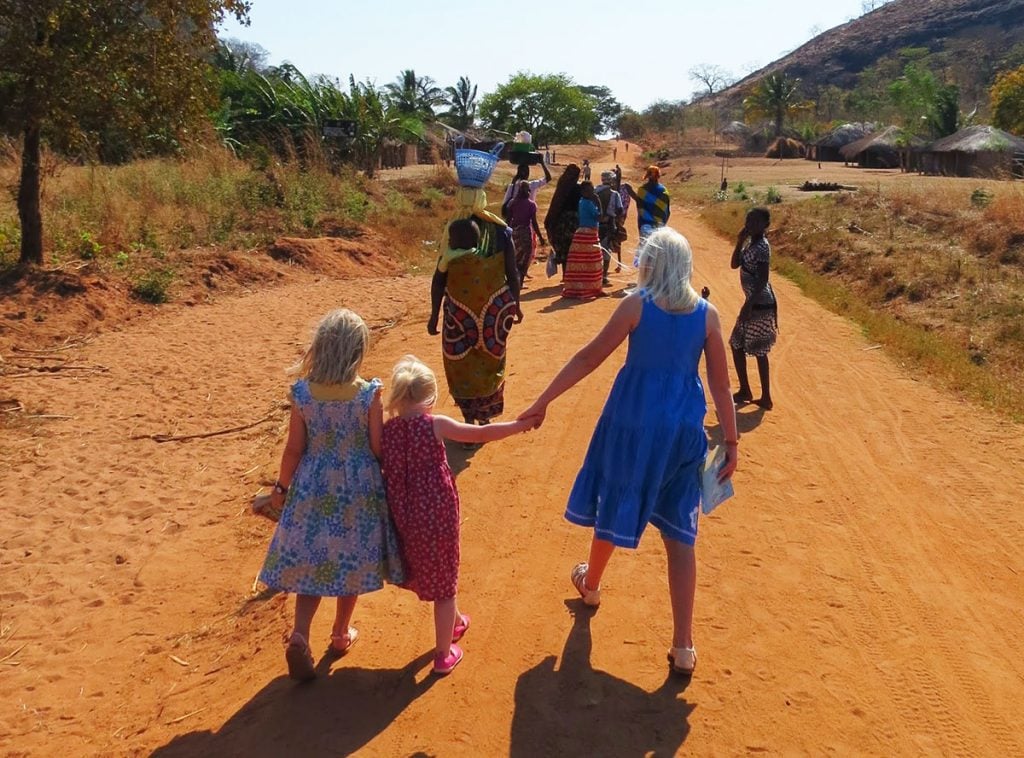 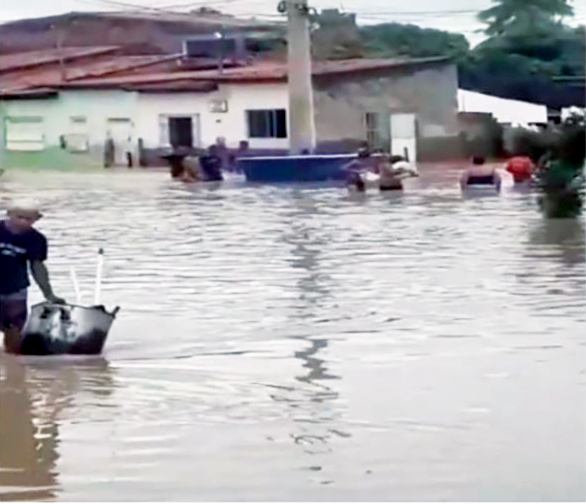