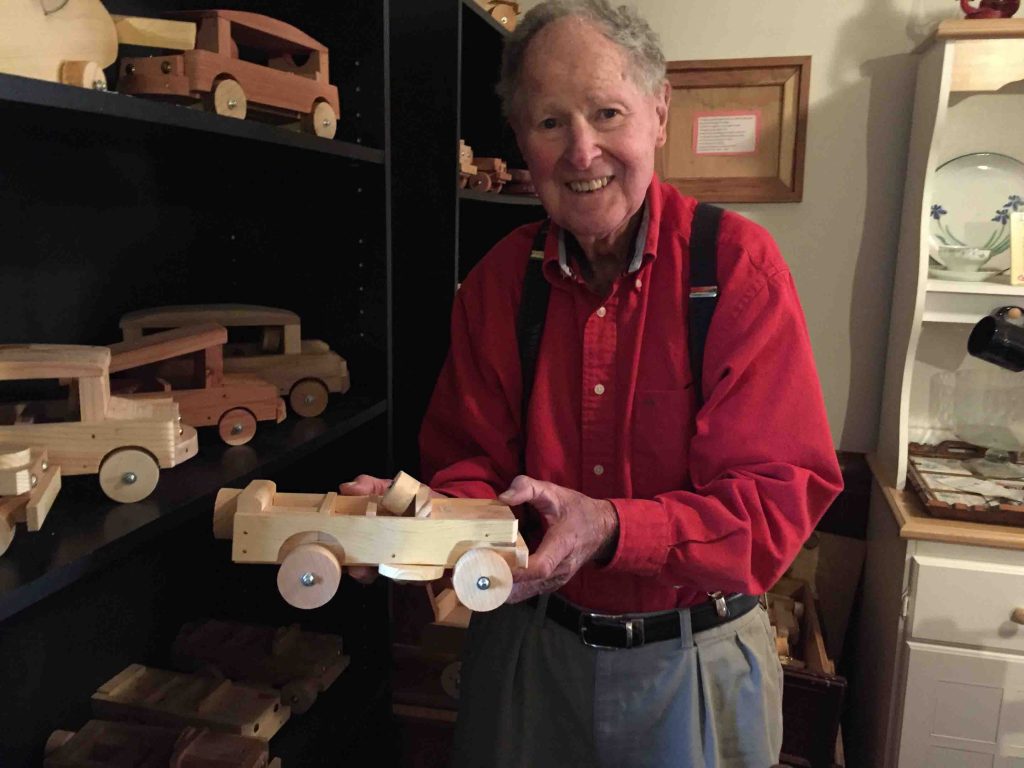 From preacher to toy maker

Chellie Ison
ROSHARON, Texas — For Ernest Raines and his wife — the parents of nine children — Christmas was a tough time financially.

Raines, a member of the First Colony Church of Christ in Sugar Land, Texas, near Houston, tells The Christian Chronicle he started building toys so his children would have gifts on Christmas morning.

“After my wife died, it was my life,” Raines said.

Check out his toys and hear the rest of his story in this video: