After 22 year in Africa, a missionary family shares life lessons, wisdom and their thoughts on the future.

There’s no such thing as a “mission to Africa.” Just ask Marty and Louise Koonce.

The continent of 54 countries is home to more than 1.2 billion souls and more than 2,000 languages. 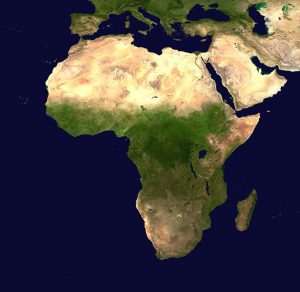 The Koonces, 1990 graduates of Harding University in Searcy, Ark., spent a combined 22 years serving as missionaries in two African nations — each with its distinct people, languages, culture and customs.

In 1997 they joined the church-planting Togo Evangelistic Mission team in the slender West African nation east of Ghana.

In 2008, they moved to the East African nation of Rwanda, where a 1994 genocide claimed more than 800,000 lives. They served as part of the Africa Transformation Network, focusing on discipleship.

This June they began another difficult transition — to life back “home” in the U.S.

The Warrenton Church of Christ in Virginia has dutifully supported their work from the beginning. The Glenwood Church of Christ in Tyler, Texas, became a cosponsor in 2008, and churches in Delaware, Illinois, Colorado, Arkansas, Mississippi and Oklahoma have helped along the way.

The Koonces have four sons: Tucker, Taylor, Tanner and Trevor. After graduating from high school, each moved to the U.S.

Marty Koonce spoke with The Christian Chronicle about his family’s years in Africa and their transition to the U.S.

What attracted you to mission work?

We were attracted to missions by the stories from great missionaries. To hear from them of God impacting entire people groups as well as the deep individual changes brought about through becoming a disciple of Jesus was very compelling.

It was also a blessing for both of us to do short-term missions and experience some of the goodness of service abroad.

How did you first select Togo and then Rwanda?

We were fairly comfortable in our lives in Virginia but through a series of prayerful encounters were encouraged to seek missions in Africa.

The Togolese team was seeking to expand in 1996 and had prayed for us since 1993. After three more months of prayer, we took the next step and joined their team and a year later were on the field in Togo with a seven-year commitment.

Concerning Rwanda, we decided to prayerfully seek other opportunities to serve as our work in Togo was coming to a close. We surveyed Rwanda in 2005, which was 11 years after the genocide that left a million people dead and decimated the nation. After the survey, we were overwhelmed with the need in Rwanda and began discussing the opportunity with our supporters. With their support we moved from Togo to Rwanda in 2008. 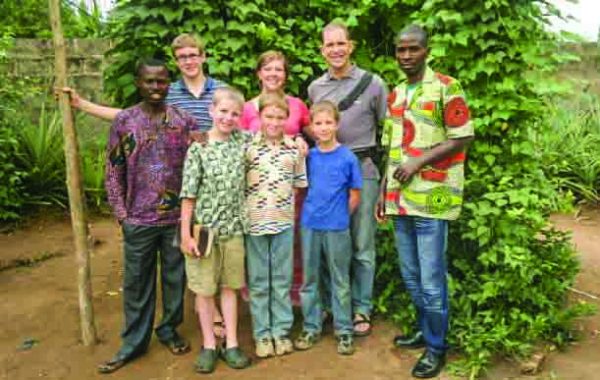 Compare those two cultures and their response to the Gospel.

Togo and Rwanda couldn’t be more different. They are the most opposite of extremes of Sub-Saharan Africa.

The Togolese are gregarious to a fault, somewhat relationally aggressive and very open emotionally. The Rwandans are reserved to the point of being withdrawn, relationally suspicious and are taught to hide their emotions.

In truth, every challenge and sacrifice has been met with blessings from God that really outweighed the difficulties.

Spiritually speaking, the people we worked with in Togo practiced demon possession and openly worshipped idols, having about eight active ones per household. The Rwandans, before the genocide, were considered the most Christian nation in Africa.

In Togo, our focus was church planting and leadership development. In Rwanda our focus was discipleship groups since we were not allowed to work there as we had in Togo.

In Togo we witnessed the failings and fall of voodoo among the Watchi people. The work was slower and more difficult. In Rwanda, we were able to see the impact of Christian discipleship change people into those who truly love each other.

Describe some of the challenges your family faced.

One of the greatest difficulties was leaving our families behind in the U.S. and having them all grow up or grow old without us. Even that, though, has been mitigated by the advancements in communication and travel in the last two decades.

Living daily in different cultures and languages has been challenging. The sicknesses and spiritual darkness we faced in Togo were overwhelming. We would not have survived without a great team, and it was a truly great team of missionaries.

In Rwanda, the greatest difficulty was leaving off the church-planting paradigm for disciple-making, which moved us into a service role. This was difficult on our pride — a good thing, as we could no longer trace the spiritual fruit back to us personally. Ironically, the fruit has been much more bountiful.

In truth, every challenge and sacrifice has been met with blessings from God that really outweighed the difficulties.

Describe the churches you leave behind.

In reality, we will never be able to really leave them, and they were never really ours anyway.

These two truths helped us transition, first from Togo to Rwanda and now from Rwanda back to the U.S. The churches in Togo have now persisted since our departure and have withstood the challenges of the last 11 years without missionaries. They have taken ownership of their faith. Some have disappeared, and some that we thought would surely die have found their faith again and are growing. There have been new churches as well.

Missions in the world is changing, and that means that Christians in the U.S. need to prepare to support those changes.

In Rwanda, the growth has been greater, but less obvious. As we were not allowed to plant churches as we had in Togo, the form of house churches or smaller families of Christ took root and has grown beyond our ability to count them, even spreading into the surrounding countries of Congo, Uganda and Burundi.

What are your plans now?

Our churches have helped us to have a year of transition.

The first six months back will operate as a normal furlough, being filled with church visits and reporting as we formally close out the work and encourage them to continue in missions.

The six months following will be filled with the search for new employment and trying to settle in to life in America after two decades in Africa.

We look forward to reconnecting with our families. We will also attend some reentry transitional training in Oklahoma City and Colorado during the first six months. We were encouraged to retool and prepare in advance for the transition. Since Marty has worked in sports development and leadership for Rwanda and is finishing an MBA and sports management masters, he will look for employment as a university athletic director or a position in professional sports management.

What do Christians in the U.S. need to know about mission work?

Missions in the world is changing, and that means that Christians in the U.S. need to prepare to support those changes.

There has been a wonderful shift of understanding of the Great Commission in Matthew 28 and the differences between making disciples and planting churches. This should be seen as more of a restorative shift to the focus of relationships leading people to Jesus and becoming his disciples.

Those relationships are built through service. We were forced by Rwanda to display objectively measurable socio-economic impact in order for our visas to be granted.

In retrospect, we see that Rwanda didn’t want more churches since many churches were involved in the genocide itself. What they needed and wanted was discipleship to Jesus and families of believers (churches) that make more disciples.