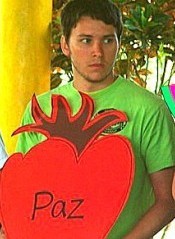 Jud Davis
HENDERSON, Tenn. — Shane Ruiz spent the last day of his spring break mission trip to the Dominican Republic teaching a Vacation Bible School, helping with a photo scavenger hunt and blindfolding children who wanted to whack a pinata.
Later, the 19-year-old Freed-Hardeman University freshman headed for a beach with fellow members of the Sigma Rho social club for some sun, an outdoor dinner and a devotional under the stars.
In a tragic series of events, Ruiz — who was standing in just 3 feet of water, according to witnesses — was grabbed by a violent undertow and pulled by large waves out to sea. Fellow team members and local residents tried for several hours to reach him by boat, but they failed.
In the weeks since, efforts by the U.S. Coast Guard to locate his body have proved futile.
Host missionaries Cory and Laura Beth Lamb, who welcome a group from Freed-Hardeman each spring, worked with authorities at the scene and contacted the Ruiz family. The Lambs, whose work is overseen by the Henderson church, returned to the U.S. recently for a brief furlough to receive counseling and spend time at the university and with relatives.
“We miss Shane so much, and the grief still doesn’t seem to go away,” Laura Beth Lamb wrote on the couple’s blog after Ruiz drowned. “The anguish that we all feel … is almost unbearable.”
Ruiz, a member of the Southaven Church of Christ in Mississippi and a resident of nearby Olive Branch, was memorialized April 6 at his home congregation. The youngest of five children, he was the son of missionaries Joe and Bonnie Ruiz and was born in Taiwan while his parents served there.
“Students from Freed-Hardeman University have always demonstrated a caring spirit for others, just as Shane did by devoting his Spring Break to the well-being of other people,” Freed-Hardeman President Milton Sewell said. “The entire FHU family grieves for the Ruiz family and the loss of Shane.”
In a special chapel service after the mission group returned from the Dominican Republic, students dressed in black and gold — the colors of Ruiz’ social club — as they showed their support for the group, the victim’s family and those who knew him well.
“Shane was the same person at school as he was on the mission field as he was anywhere,” said Craig Owen, a friend of Ruiz and fellow mission team member.
Ruiz, who was supposed to participate in the annual Makin’ Music show with the Sigma Rho social club, was replaced in the show by his brother Michael Ruiz, a graduate of Freed-Hardeman.
“Having Michael … made it easier for the group to come to grips with the fact that we have lost a dear friend,” said student Hannah Risely, a director of Makin’ Music and a friend of Shane. “To see Michael be strong allowed us to be strong and to know that while this was a tragedy, as students, we have to go on while honoring his memory.”
Joe and Bonnie Ruiz traveled to the Dominican Republic after receiving news of Shane’s death, and were accompanied by Mary Phillips, Ruiz’s girlfriend.
In a statement, the family said, “We continue to need your prayers and encouragement through these difficult times and as the search continues for the recovery of Shane’s body. Please pray especially at this time that the waters where Shane was taken from us will be calm so that the search may continue with success.”
A Shane Ruiz Memorial Fund has been established by his parents, under the direction of the elders of the Southaven church, to be used to help needy children and foreign and domestic missions.

Memorial contributions may be made out to the Southaven Church of Christ, earmarked “Shane Ruiz Memorial Fund” and sent to the church at 1483 Brookhaven Drive, Southaven, MS, 38671.