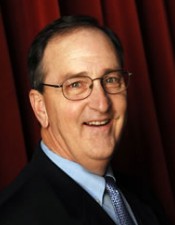 Bobby Ross Jr.
Joe Wiley didn’t attend a Christian university. And he never has worked at one — until now.
Wiley, a native Oklahoma with 34 years of experience in public higher education, has been named president of Freed-Hardeman University in Henderson, Tenn.
“My wife (Glenda) and I had been talking about trying to find a way to couple my experience in higher education with our work in the church, so when the opportunity at Freed-Hardeman came along, it seemed like a natural fit,” said Wiley, 57, president at Rogers State University in Claremore, Okla., since 1999.
Wiley will start his new job April 1, succeeding Milton Sewell. Sewell, president for 18 years, announced last year that he would step down by June 2008. Freed-Hardeman’s board of trustees approved Wiley’s appointment Jan. 11.
Before going to Rogers State, Wiley served as executive vice president and and vice president for academic affairs at Southeastern Oklahoma State University in Durant. During Wiley’s time at Southeastern, Delbert Craddock worked as an elder with him at the Seventh and Beech church.
“He is just very outstanding, likable, friendly,” Craddock, still an elder at Seventh and Beech, told The Christian Chronicle. “I am sure everyone credits with him with having a very high IQ.
“He certainly makes decisions, and he doesn’t mind making one that might not be too favorable with some people,” Craddock added. “He’s the kind of guy that can make a controversial decision and move on.”
Wiley holds a Ph.D. in mathematics from the University of Arkansas and completed a post-doctoral fellowship in computer science at the University of Colorado.
Under his leadership, Rogers State became a four-year institution and has seen its enrollment grow 65 percent since 2000. Wiley has served as Rogers State’s president since 1999.
“We are excited about Dr. Wiley and the expertise he brings to the table,” Mark Castleberry, chairman of the Freed-Hardeman board, said in a prepared statement. “His experience as a successful university president and his academic pedigree are second to none.”
“The selection committee of the board spent many prayerful hours considering the candidates for this position,” said Lynn Patterson, former chairman of the Freed-Hardeman. “We believe God has answered our prayers by bringing us Dr. Wiley. He simply had the most experience of our candidates.
“He has been in the classroom, in administration and has taken a troubled two-year university and made it a four-year, accredited institution in a short amount of time,” Patterson’s statement said. “Everywhere we went to ask about Dr. Wiley, the same characteristic kept coming up, he is a strong leader.”
In 2002, Wiley was awarded the prestigious John L. Blackburn Award for Exemplary Administrative Leadership from the American Association of University Administrators for his role during Rogers State’s transition from a two-year to a four-year institution, according to a Freed-Hardeman news release.
“Our board of trustees has done an excellent job in the selection of our new president,” Sewell said in a statement. “I am very pleased with the selection of Dr. Wiley and look forward to our work together.”
Read a more detailed bio of Wiley by clicking here.