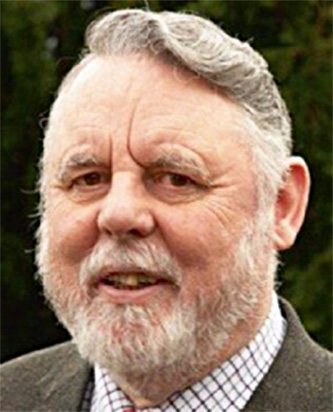 British humanitarian and former Hezbollah hostage Terry Waite has been named scholar-in-residence at Lipscomb University’s Institute for Conflict Management in Nashville, Tenn.
In 1987, while negotiating the release of hostages in Beirut, Lebanon, Waite was himself taken hostage. In captivity for 1,763 days (four years of which were in solitary confinement), he was chained to a wall, often left in darkness, beaten and subjected to mock executions. He was released from captivity in November 1991.
In December 2012, he returned to Beirut to see first-hand the plight of Christian refugees flooding across the Syrian/Lebanese border to escape what has become known as “Arab Spring.” He also went back to confront his captors with a message of reconciliation.
The university, associated with Churches of Christ, reports:

“Dr. Waite will add a new dimension to the work of the institute,” said Steve Joiner, managing director of the Institute for Conflict Management. “With his experience as a negotiator and a world-renowned agent of peace, he is a testament to the power and resilience of the human spirit and has long been devoted to humanitarian causes, intercultural relations and conflict resolution. He has unique experience with stress, loneliness and negotiating under acute pressure that helps him give student a perspective of world affairs founded on open communication, cooperation and a deep understanding of diverse cultures.”
As the Institute for Conflict Management’s first scholar-in-residence, Waite will provide insight, student support and writings for its students and alumni as well as for the community. He will be the featured speaker for a special retreat offered by the institute for its students, supporters and friends in Woodstock, Vt., Sept. 12-14 as well as a seminar in Nashville in spring 2014. Waite will also write articles and commentary for use by the institute in addition to interacting with students throughout the year.
“I am greatly looking forward to visiting Lipscomb University for the ‘scholar-in-residence’ programme,” said Waite, who lives in England. “Much of my life has been spent working as a negotiator in conflict situations throughout the world and during my time there I will examine some of these situations with students. I shall discuss extreme situations where lives have been at stake. I shall do so because it is from such situations that lessons may be learned that are applicable to so called ‘normal’ life. It would be my hope that during our time together there will be plenty of opportunities to question and discuss in details the many points that will be raised.”