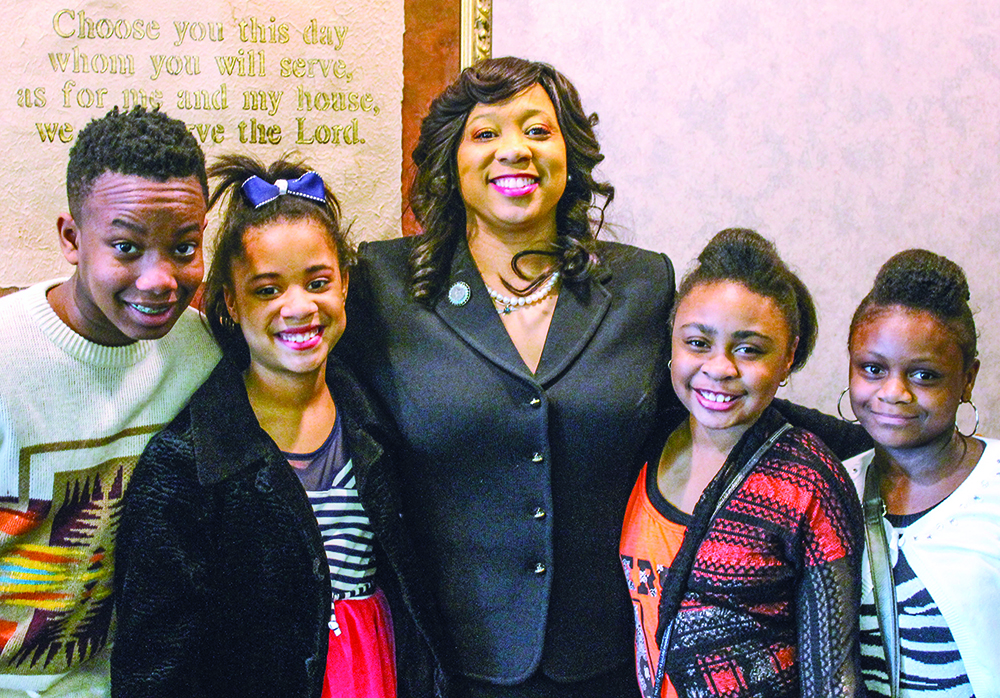 Amid national outrage over a video referencing the N-word and lynchings, a Christian senator seeks to bring healing.

Pittman — the only African-American female among Oklahoma’s 149 legislators — made national headlines when she stood beside an expelled University of Oklahoma fraternity member at a March 25 news conference.

Levi Pettit, who is white, apologized for his role in a racist chant caught on video.


But what brought the respected state senator and the disgraced frat boy to the same stage?
“I can’t promote Christianity or Christ-like values in policy, and then when I have an opportunity to forgive, I don’t,” Pittman, a longtime member of the  Northeast Church of Christ in Oklahoma City, told The Christian Chronicle.
The 44-year-old Democrat recalled the conversion of Saul in the Book of Acts: “He was bold in his persecutions of Christians. But on the road to Damascus, he had a change of heart. He became a prisoner of Christ. He became bold in saving and winning souls.”
With regard to 20-year-old Pettit, she said, “I think this young man has a bright future.” 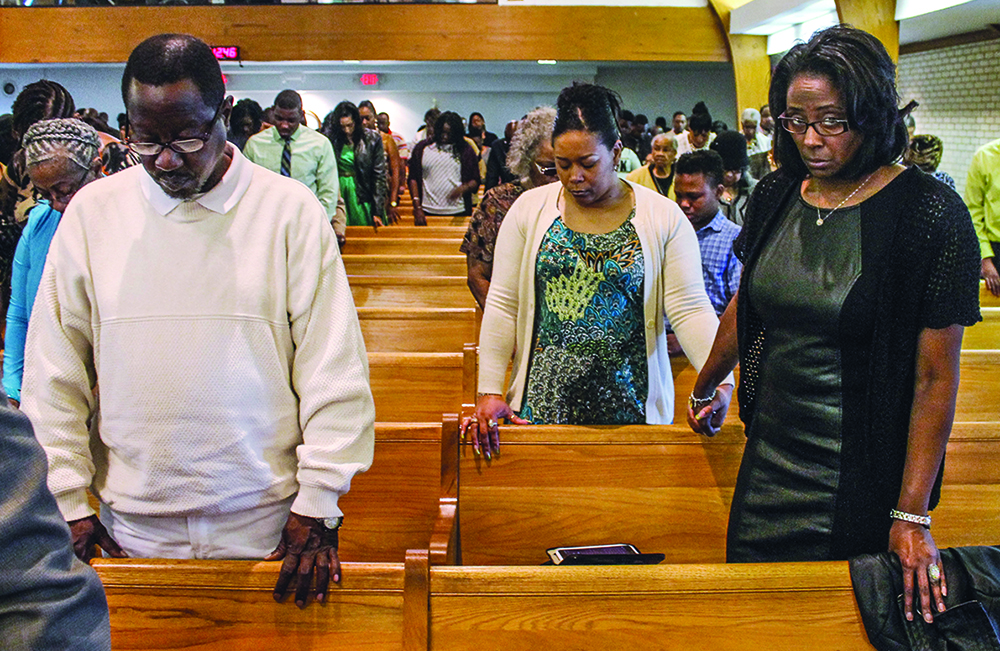 Members of the Northeast Church of Christ in Oklahoma City stand as they pray. Northeast is the home congregation of state Sen. Anastasia Pittman. (PHOTO BY BOBBY ROSS JR.)
• • •

The chant by Sigma Alpha Epsilon fraternity members aboard a chartered bus referenced the N-word and lynchings and sparked national outrage.

After the leaked video went viral, Pittman issued a statement condemning the fraternity’s chant and praising University of Oklahoma President David Boren’s swift response.
The March 9 statement said Boren’s “immediate decision to order all members to vacate the fraternity and call for OU to cut all ties from the national SAE organization … sends a message that such disgraceful behavior will not be tolerated.”
But later, Pettit contacted Pittman and said he wanted to apologize.
Pettit, who is from Dallas, had been baptized in a Church of Christ, the senator said.
“My job as a leader in this state is to find common ground, to utilize my Christian values and my morals in everything I do,” Pittman said of her response to Pettit. “So when he said, ‘I want to apologize to you face to face,’ I fostered an environment where he could do that in a safe place, which is the church.”

Pittman arranged a meeting with Pettit, his parents and Northeast minister Arnelious Crenshaw Jr. in the church conference room. The senator said she wanted Crenshaw there so he could offer words of encouragement and pray. 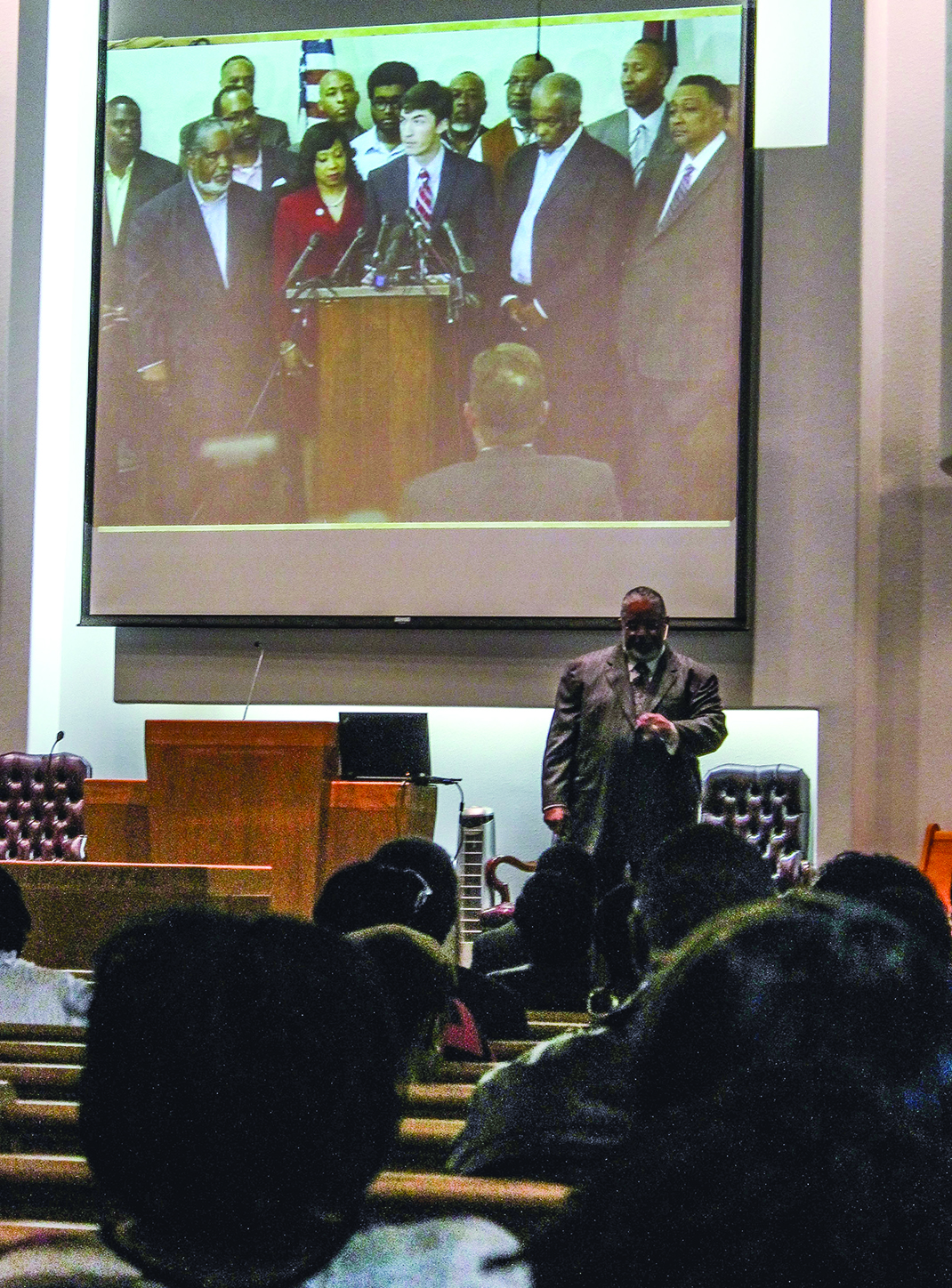 During the meeting, Pittman said she educated Levi Pettit on African-American history and gave him a publication called “The Long Road to Liberty,” about Oklahoma’s black experience.

“I don’t believe that Levi Pettit understood the volume of the history,” Pittman said. “I believe he knew (the chant) was wrong, but I don’t believe he knew the volume of what lynching means or how wounds don’t always heal.”
Pettit’s apology impressed Pittman as sincere, and she told him, “If you really want to make amends, you can’t just apologize to me.”
That advice resulted in Pettit meeting with a larger group of civil rights leaders and pastors at the Fairview Baptist Church in Oklahoma City. After Pettit listened to their stories, the group joined him at a news conference.
“Thank you, Senator Pittman, for inviting me here today — for you are a blessing to me and my mom and dad,” Pettit said in his prepared statement. “I can never thank you enough for the way you have embraced me and opened my eyes to things I had not seen before.
“Let me start by saying that I am sorry … deeply sorry. I am so sorry for the pain I have caused, and I want all of you to know that directly from me. Although not deserved, I ask for your forgiveness.”
• • •

In his March 29 sermon, Crenshaw noted that a newspaper photo of Pettit’s apology had “made some of us infamous.”

“This young man did something very foolish,” the minister told the 200-member congregation. “I wonder if there are any among us who have ever been college freshmen that have not done something foolish.”
Crenshaw’s 70-minute sermon, which drew frequent amens and applause, focused on the Parable of the Lost Sheep in Luke 15 and the “rejoicing in heaven over one sinner who repents.” 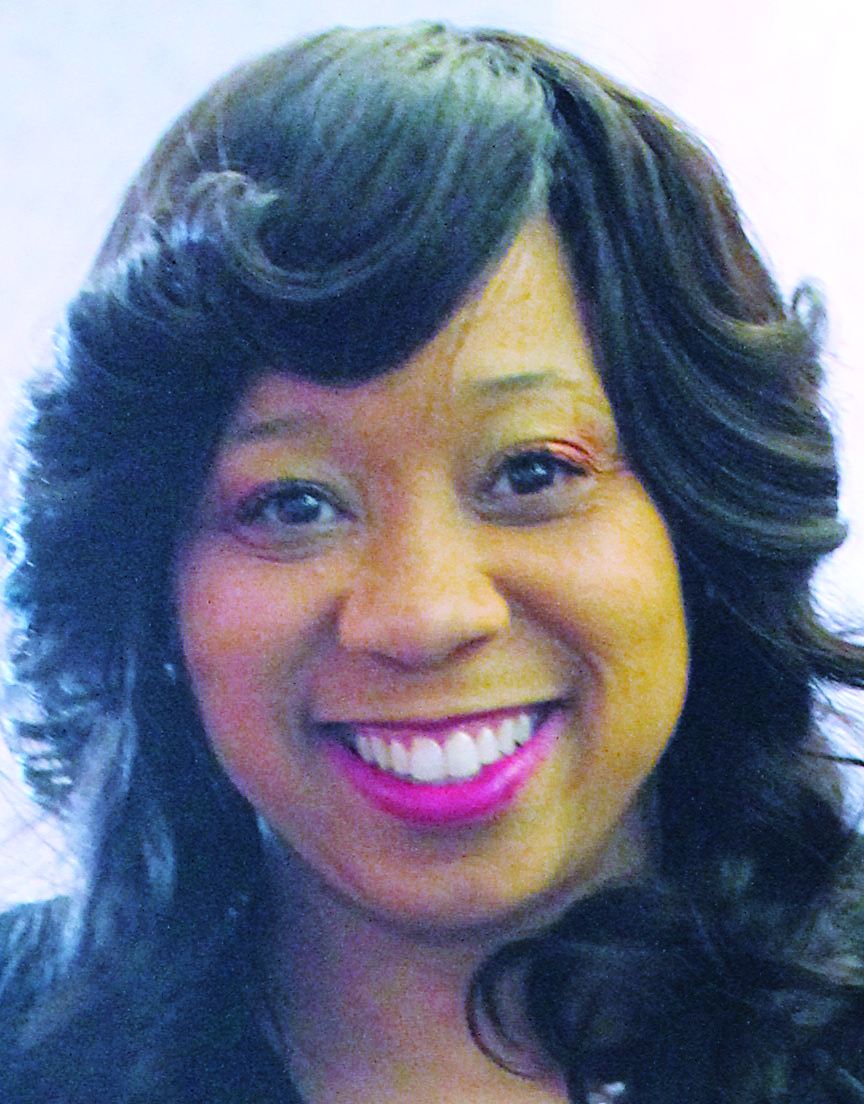 State Sen. Anastasia Pittman“Young people who mess up need to know that God is a God of second chances,” said Crenshaw, noting that Pettit plans to attend the congregation’s previously scheduled April 19 service focused on healing.
Later in the sermon, the preacher proclaimed, “I cannot rid the world of hate and prejudice if I’m full of hate and prejudice.”
Outside of the Northeast church — a predominantly black congregation known for bringing affordable housing to Oklahoma City’s poorest quadrant — the decision to forgive Pettit drew mixed reactions.
A Dallas Morning News editorial praised Pittman for seeing an “opportunity not only to heal him but to help him heal us.”
On the other hand, a flood of nasty comments on social media called the senator an “Uncle Tom” and other derogatory names.
Brushing aside the criticism, Pittman said she thanks God for Pettit’s courage and willingness to admit a mistake.
“If the blood of Jesus will cover all sins, if you believe the Bible is right, then there is no big sin and little sin,” she said. “Forgiveness is for all.”