For love of God, family and baseball: Texas Rangers in the World Series 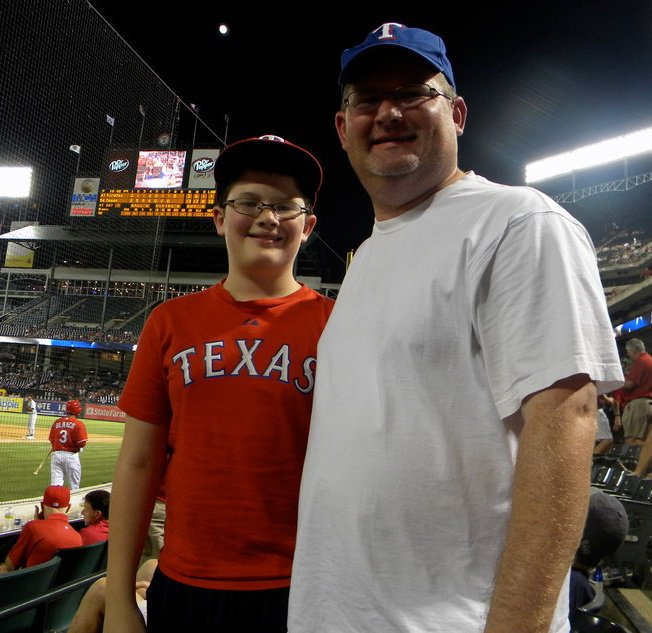 Bobby Ross Jr., with his son Keaton, at a Texas Rangers’ game earlier this season.

In July 2006, I wrote an Inside Story column for The Christian Chronicle titled “For love of God, family and baseball.”
In that column, I confessed my deep affection for the Texas Rangers:

The stadium felt like a furnace — think obnoxious Texas heat in early July — when I walked into my first major-league baseball game at age 14.
By then, of course, I was already a big baseball fan, with thousands of baseball cards, an autographed picture of Pete Rose and a dream of growing up to do radio play-by-play. For all the hours I had spent watching televised games and poring over newspaper box scores, though, I had never actually been to a game.
But in 1982, my family moved to Dallas-Fort Worth, and a heaven with the greenest grass I had ever seen beckoned us. We made it to our bleacher seats in the bottom of the first inning, just as Texas Rangers slugger Larry Parrish stepped to the plate with the bases loaded. That Saturday was “Bat Day,” so 10,000 wooden bats banged thunderously against the concrete and the crowd roared at an obscene decibel as the ball sailed over the fence — a grand slam! 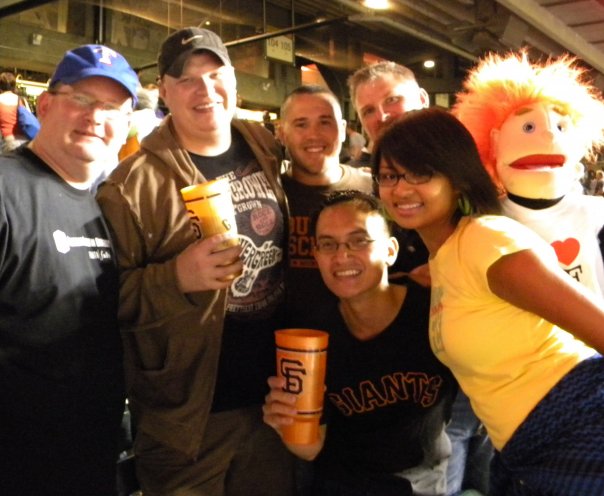 Bobby Ross Jr., Wes Woodell and other ministers and members of the Lake Merced Church of Christ at a San Francisco Giants’ game in 2009.

A young lifetime of rooting for the Cincinnati Reds suddenly vanished. I fell in love with the Rangers that day.

As you may have heard, my Rangers are going to the World Series. They play the San Francisco Giants starting tonight, and I am a bit excited.
Of course, I know that some of my friends will be rooting for that other team.
When I was in San Francisco on a Chronicle reporting trip last year, Wes Woodell took me to see a game at AT&T Park. I cheered for Tim Lincecum and the Giants that night. But I definitely won’t be doing that tonight.
Go Rangers! 🙂