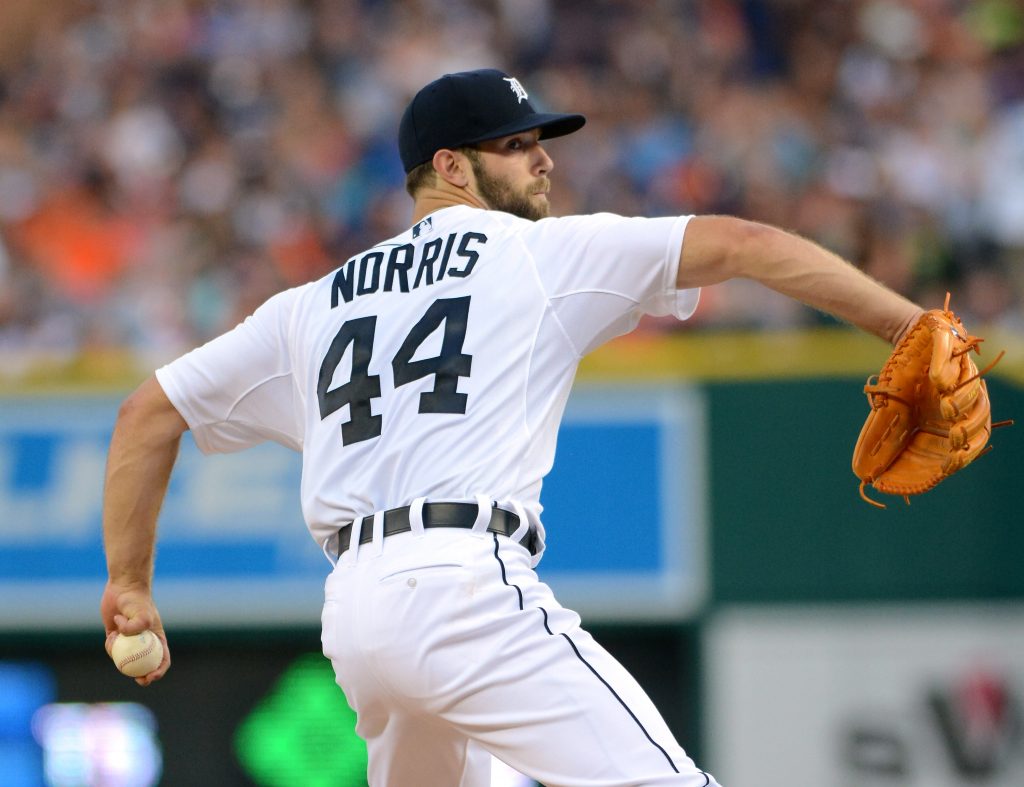 For the Detroit Tigers’ Daniel Norris, baseball is a means to glorify God

After homering in his first at-bat and suffering an injury while pitching, the faithful Christian says he knows 'God has a plan.'

“Always know who you’re playing for,” Norris, a faithful member of the Central Church of Christ in Johnson City, Tenn., said in an interview with The Christian Chronicle. “You’re playing to glorify God. I think when you do that, your teammates will be able to see that, and you can inspire them.”

Norris, 22, visited with the Chronicle in the home clubhouse at Comerica Park before this afternoon’s game with the Texas Rangers.

“There’s always going to be ups and downs — and failures and successes — but you’ve always got to keep the faith. God has a plan, and if you’re meant to do it, it’ll happen,” said Norris, whom ESPN the Magazine dubbed “The Most Interesting Pitcher in Baseball.”

After an up-and-down week that saw the top left-handed pitching prospect hit a home run in his first major-league at-bat, then suffer an injury that could sideline him the rest of the season, Norris has had to rely on his own advice.

Norris’ two-run shot off Chicago Cubs starter Jon Lester on Wednesday made him the first American League pitcher to homer at Wrigley Field — ever.

The Tennessee church member described hitting the home run as a surreal experience — “kind of hazy but clear.”

“When it was happening, I walked up to the plate, and I touched the plate, and I looked up, and I see Lester up there,” Norris told the Chronicle. “Like the whole thing looked like it was happening (while watching film) through a GoPro. … Even while hitting it and watching it go, it just felt like an almost out-of-body experience. It was really special, that’s for sure.

But later in the game, Norris tweaked his oblique and landed on the 15-day disabled list.

Asked if the injury occurred while batting, Norris replied, “I felt it on one pitch, and then every pitch after that, I felt it. But no, I didn’t feel anything on any of the swings. It was kind of weird.”

A newcomer to Detroit, Norris was traded to the Tigers in late July in a deal that sent former AL Cy Young Award winner David Price to the Toronto Blue Jays.

“It’s definitely frustrating to be hurt right now, especially with the new team,” said Norris, who is 1-1 with a 5.60 earned-run average and 16 strikeouts in 21-plus innings pitched for Detroit.

“I came in and made a good first impression, and I wanted to continue that, and now I’ve been sidelined,” he added. “But there’s a plan. I told somebody yesterday, ‘God has a plan, and this could be a blessing in disguise.’ That’s what I always try to look at it as.”

Look for more of the Chronicle’s interview with Norris — including why he decided to be baptized in his baseball uniform — in the October print edition.
MORE BASEBALL STORIES