For crusading Cadys, missions are all in the family

Erik Tryggestad
BELIZE CITY, BELIZE — Three of Dennis Cady’s grandsons dart along the streets of this Central American city, handing out World Bible School booklets.
The boys — ages 6, 6 and 4 — seem like natural missionaries, striding confidently up to everyone they see.
“We’re from the Church of Christ around the corner,” says Jackson Landes.
“Big yellow building,” his cousin, Mason Cady, chimes in.
When they run out of lessons, they head back to grandpa and yell, “Reload!”
“Dad’s in heaven,” David Cady says to his wife, Amy, as they watch the boys. “He’s in a Third World country, walking down a sidewalk with his grandsons, and they’re inviting people to church.”

It’s exactly howDennis Cady wanted to spend his vacation — on a mission trip with his wife, histhree children, their spouses and all six of his grandchildren.
“I have no desire totake my family on a cruise,” said the longtime missionary and elder of theFaith Village Church of Christ in Wichita Falls, Texas.
Mission work, in andout of the United States,has been a central part of his life and the lives of his children, he said. Andwhen it comes to his grandkids, “I’d like to see them growing up not knowing anyother way.”

FROM KUALA LUMPUR TO WICHITA FALLS
Dennis Cady’sglobe-trotting days began in 1966 when the young graduate of York Collegeheaded to Malaysiato work as a missionary. He was one of the first participants in the Master’sApprentice Program, a partnership between the York, Neb.,school and the nearby East Hill Church of Christ.
On the bustlingstreets of Kuala Lumpurhe gained a love of the people and mission work. He also fell in love with ayoung church member named Susan.
Susan Cady was one ofthe first converted by missionary Ira Rice Jr., who moved to Kuala Lumpur in 1961 after establishing a church in nearby Singapore.Susan served as a guide and interpreter for Rice.
When asked whatattracted her to her future husband, she gave an honest answer: “I didn’t likehim.” Her feelings were cultural, not personal. At the time it was “notappropriate to be seen with American men” because of the illicit relationshipsbetween Asian women and American G.I.’s in Vietnamand Korea.
But Dennis waspersistent, Susan said with a smile, her grandkids buzzing about her afterbreakfast in a Belize Cityhotel.
The two were marriedin 1968 and, during the 1970s, served as missionaries in Indonesia and the Philippines. Then they moved to Ryan, Okla.,and lived there for 22 years. Dennis Cady served as minister, deacon and elderin Ryan before the couple moved to Wichita Falls.
Dennis Cady stillmakes trips to Indonesia,assisting congregations on the island of Nias as they recoverfrom the December 2004 tsunami and an earthquake that shook the island a fewmonths later.
He narrowly escapedfrom a collapsing hotel during the earthquake, but injuries to his head andright foot didn’t deter him from the work.
The Cadys’ threechildren are involved in ministry. David Cady is equipping minister for theSoutheast Church of Christ in the Houston suburbof Friendswood, Texas. Another son, Michael Cady, iscontroller for Oklahoma Christian Universityin Oklahoma City.Daughter Sarah Landes serves on the board of WichitaChristian Schoolin Wichita Falls.
“It was a true giftto grow up seeing your family constantly pushing and living with the desire totake the gospel to others,” Landes said. “It shapes your world to let you knowthat life is not about yourself.”

SEEING IT IN PERSON
The immigrationofficials at the Belize Cityairport looked a bit bewildered as they watched six children break in and outof line, hugging aunts and uncles that had arrived on different flights.
Dennis Cady said hewanted to give his family a firsthand look at international mission work, but atrip to Indoensia or Malaysiawas too much for the young grandchildren and their working parents.
He began looking foran English-speaking country no more than a three-hour flight from Texas that neededshort-term workers. Belizemet his criteria.
Windle and BarbaraKee, of Onalaska, Texas, make regular trips to the small,Central American nation and gladly added the 14-member Cady clan to theirroster.
The trip cost thefamily about $14,000, and Dennis Cady said that, by funding it, he and his wifewere helping their children “spend some of their inheritance.”
During the five-daytrip David, Michael and son-in-law Lane Landes conducted devotionals and Biblestudies at the Belize City Church of Christ. Sarah Landes and daughters-in-lawAmy and Kimberlee Cady taught children’s Bible classes.
Amy Cady said she wasnervous about taking her kids to a foreign country, but they seemed to adaptquickly. Her 6-year-old daughter, Mackenna, said her favorite parts of the tripwere “trying to wear my hair like the Belize girls — like my friendHannah that I met,” and “seeing the iguanas outside the church building.”
Though he grew uphearing about his parents’ work, Michael Cady said, “until you experience itfor yourself, it is difficult to completely understand.”
The family plans todo another trip next year, Sarah Landes said. They also hope to coordinatetrips for other young families who want to introduce their children tointernational missions.
“We are an ordinaryfamily that enjoys being together, and we all love the Lord and love thechurch,” Dennis Cady said. “My goal was to expose my family to mission work ina Third World country in a way that they coulddo something helpful. That goal was certainly achieved.”
David Cady rememberspouring over maps as a child. Now he’s thankful to see that same spark in hisdaughter and son.
“I definitely feelblessed by seeing a broader view of the world,” he said. “I want my children togrow up with a sense of the world and our mission in it — across the street andacross the globe.” 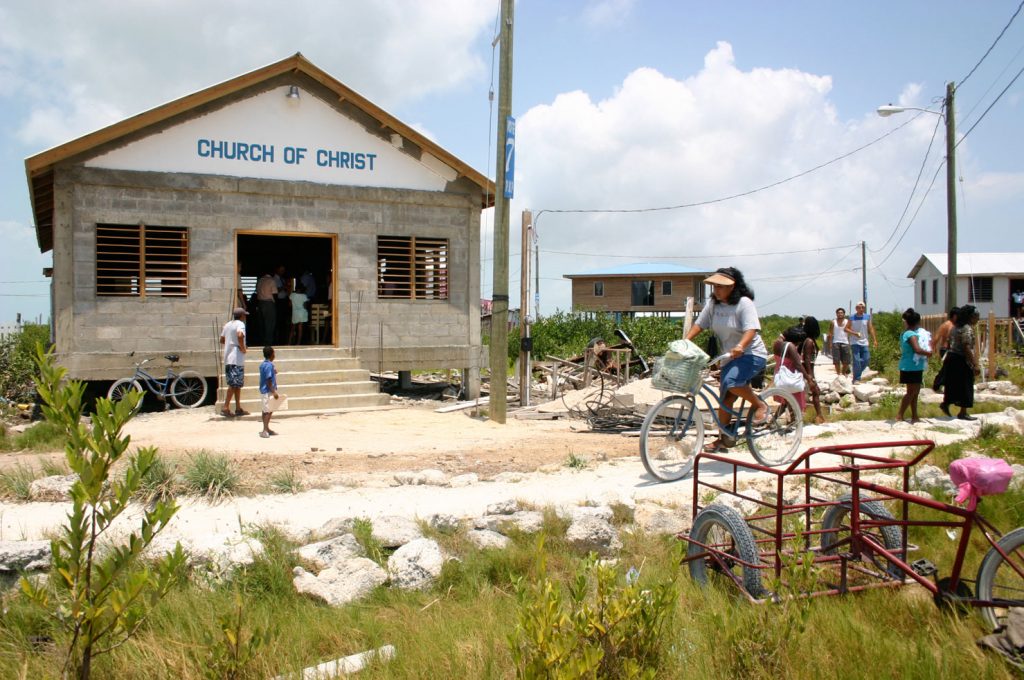 SAN PEDRO, Belize — By the end of the worship…