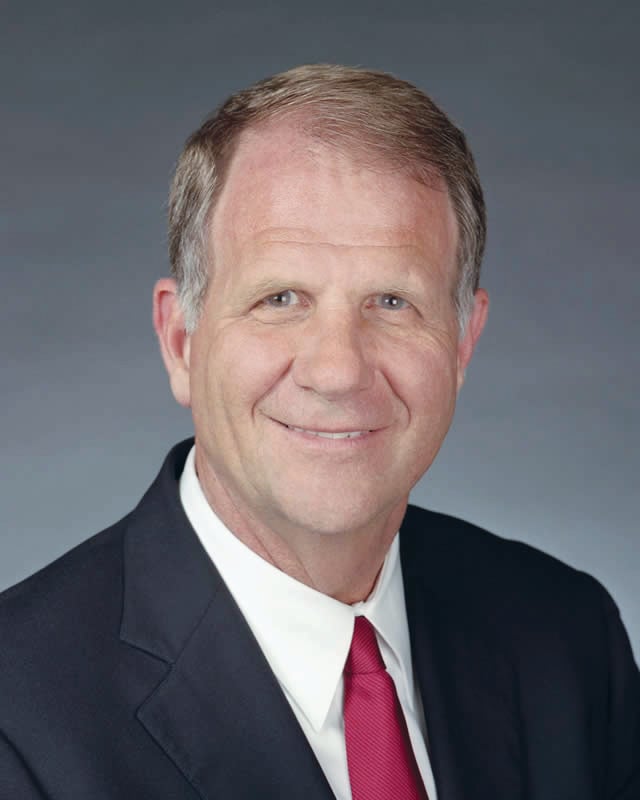 Bobby Ross Jr.
Editor-in-Chief
WASHINGTON — Rep. Ted Poe likes to joke that he “leaked a little oil on the president’s driveway” the first time he visited the White House.
The Texas Republican — the only U.S. House member who lists his religious affiliation as Church of Christ — said most politicians take a van when invited to go see President Bush. Not Poe, who has known the former Texas governor for more than 20 years.
“Early on, I got cleared by the Secret Service to drive my Jeep over there and park it right smack dab in front of the White House,” Poe, 58, told The Christian Chronicle in a Capitol hallway during a busy day of floor votes.
Poe, who flies home most weekends and worships at the Bammel Church of Christ in Houston, brags that the Jeep is “real gaudy.”
It boasts 35-inch tires, six floodlights in front and a bumper sticker that proclaims, “Texas is bigger than France.”
A Texas history buff, Poe wears cowboy boots every day and packs his congressional office with Lone Star State paraphernalia — including an autographed picture of himself with Willie Nelson.
“He is a conservative guy in his religion and in his politics,” said Jim Brooks, a friend and longtime member at the Bammel church. “He is a student of the Bible, and he loves the Old Testament.”
Before winning election to Congress in 2004, Poe taught an adult Bible class surveying the Old Testament, said Bill Poplin, a retired elder at Bammel.
“It started out being a 13-week study and ended up lasting about five years,” said Poplin, praising Poe’s preparation and thoroughness.

DEEP ROOTS IN THE CHURCH
For all his affection for Texas, Poe’s Church of Christ roots run just as deep.
His father and a grandfather both served as elders.
His parents, Virgil and Dorrace Poe, lead the 39ers seniors ministry at the Memorial church in Houston, where they are longtime members.
“My parents think the Lord is going to come back to Memorial first,” Poe said with a chuckle.
Poe and his wife, Carol, a schoolteacher, have four grown children, all of whom attended either Abilene Christian University in Texas or Harding University in Searcy, Ark.
But it was Poe’s late grandmother, Lucy Hill, a faithful Christian and a yellow-dog Democrat, who inspired him to go into politics.
“She influenced me growing up. I went to see her all the time,” Poe said. “We talked about the two forbiddens — politics and religion. Moreso than anybody, she encouraged me to go into public service.”
The second-term congressman got his start as a class president at ACU, where he completed a political science degree in 1970 before heading to law school at the University of Houston.
When he later ran for state district judge in Houston — as a Republican — the hardest part was telling his grandmother.
“The more I talked, the madder she got,” Poe said, laughing. “So, I’m not sure she ever forgave me. I said, ‘Well, what if apostle Paul were here and he were a Republican?’ She said, ‘Paul wouldn’t have been a Republican.’”
In 22 years as a judge, Poe earned a national reputation as the “king of creative sentencing.”
He ordered thieves to carry signs in front of stores from which they stole. He commanded sex offenders to place warning signs on their homes after serving jail time. He directed murderers to securely place a photo of their victims on their prison cells as a reminder of their crime.
“With my Church of Christ background, I always preached repentance,” Poe said. “I wanted them to know the error of their ways.”
In Washington, Poe has founded the Congressional Victims’ Rights Caucus and helped pass a law that tracks child predators across state lines once they leave prison. In his view, the Parable of the Good Samaritan provides a biblical basis for taking care of crime victims.
“The example in that story … was to have compassion on the guy who gets beat up and robbed,” he said. “The Lord didn’t say anything about having compassion on the robber.”
‘A STARTING POINT’
Poe’s right-wing positions on issues from immigration to the Iraq war — mixed with his “often colorful and always unconventional” style, as a Houston TV station put it — make him a frequent target of liberal bloggers and other critics.
But he said he votes his conscience.
“People are always asking about giving in to political pressure,” he said. “I have not found that to be an issue at all. … It’s not hard to do what you think is right.”
Republican John Cornyn of Texas is the lone Church of Christ member in the U.S. Senate. Poe said he and Cornyn, a member of the University Avenue church in Austin, share a special bond because of their faith.
In his own case, Poe said his faith provides a much-needed foundation.
“I think it helps me to be a better member of Congress,” he said. “It gives me a basis. It gives me a starting point.”