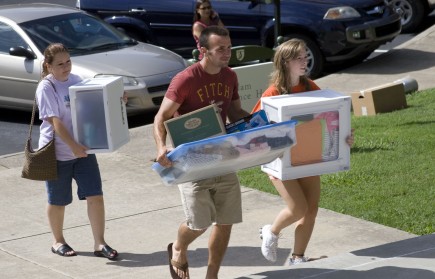 For Christian education, a mix of ups, downs

Staff
Despite troubled economic times, enrollment is booming at many Christian universities.
At least three universities associated with Churches of Christ welcomed record numbers of students this fall: Abilene Christian University in Texas, Harding University in Searcy, Ark., and Lipscomb University in Nashville, Tenn.
Oklahoma Christian University in Oklahoma City has its second-largest student body ever. Freed-Hardeman University in Henderson, Tenn., had its all-time best recruiting year, enrolling a record number of freshmen and transfers.
But flat enrollment and funding woes have prompted the planned closing of Magnolia Bible College in Kosciusko, Miss.
Similar problems caused at least five K-12 Christian schools — one in Michigan, one in Florida and three in Ohio — to shut their doors this school year.