Allan Trimble, who worships with a Church of Christ in Oklahoma, is the most successful high school football coach in the state's history. He begins his second season after being diagnosed with ALS.

Murray Evans
Correspondent
JENKS, Okla. – Allan Trimble has wondered more than once what Jenks Public Schools administrators were thinking when they named him as Jenks High School’s head football coach in 1996, after he’d spent a year away from the sport.

Thirteen state championships – and a life-changing diagnosis – later, there is little doubt that Trimble is beloved by folks in this suburban community just south of Tulsa. The school district gave an indication of just how much on Friday, renaming their football facility “Allan Trimble Stadium.” 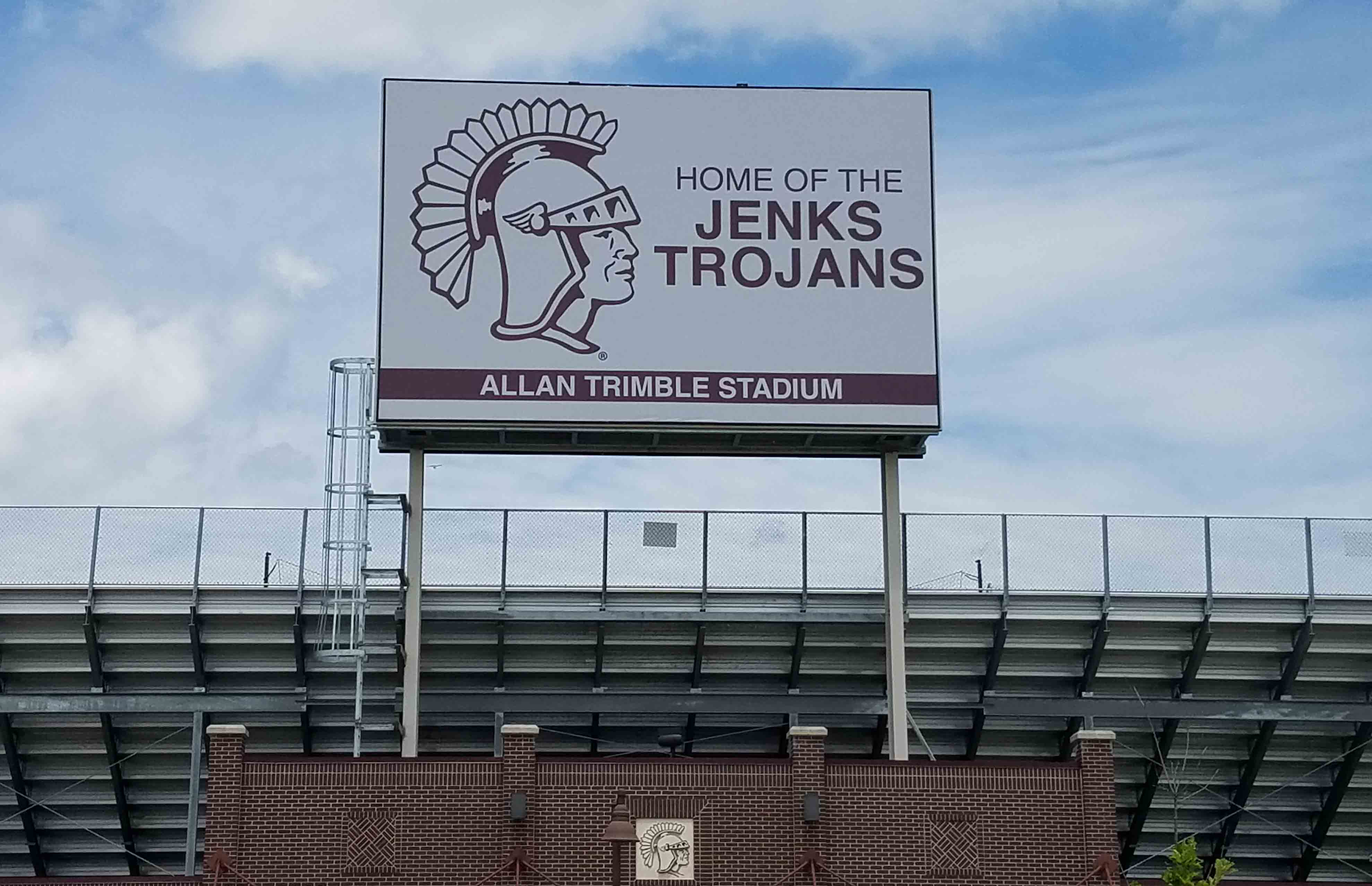 Trimble, who attends Park Plaza Church of Christ’s Jenks campus, is the most successful football coach in Oklahoma prep history. He has a record of 235-36 over his 21 seasons guiding the Trojans, who compete in Class 6A-Division I, Oklahoma’s highest level of competition. 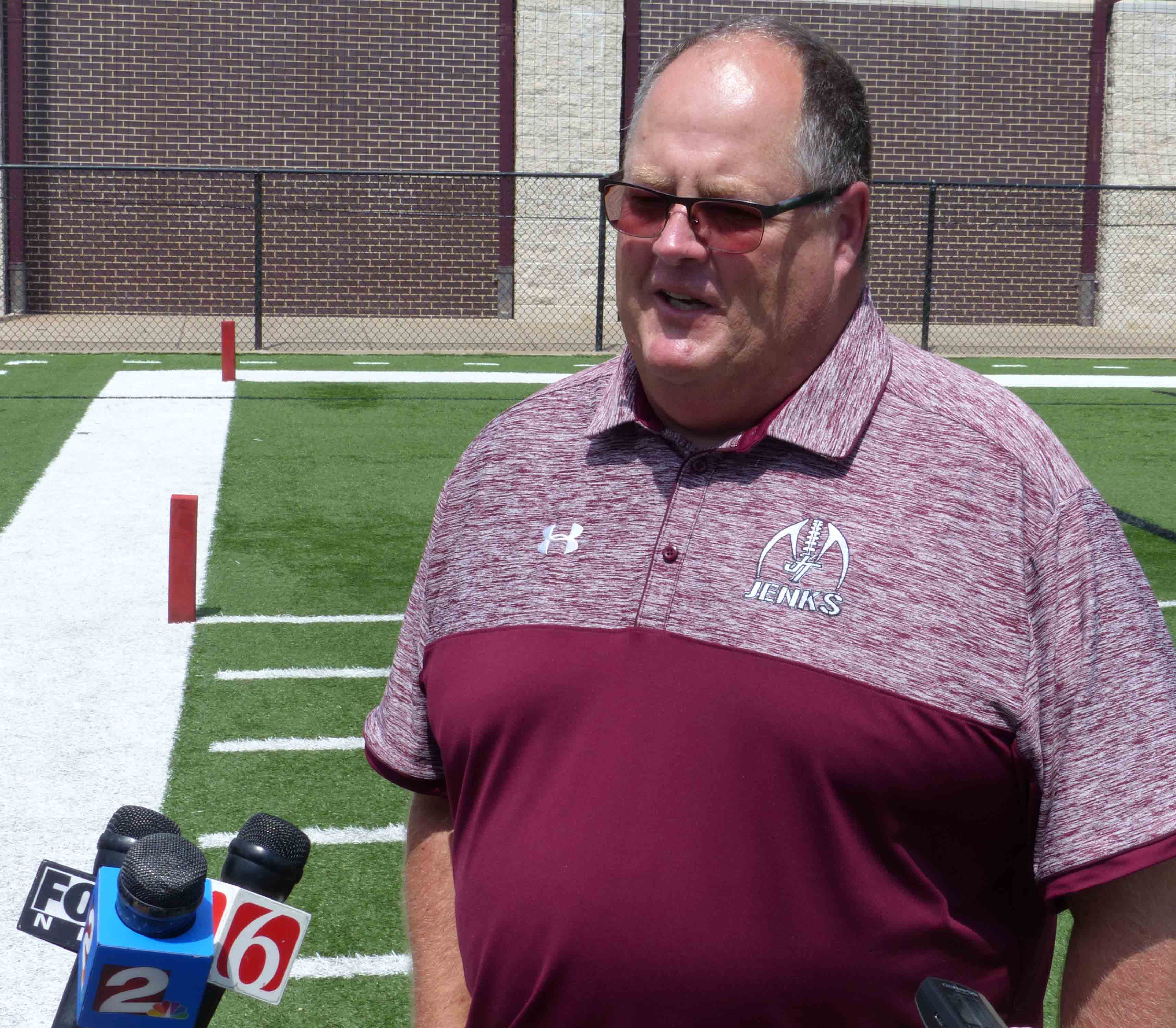 Allan Trimble speaks with the media about the district’s decision to name the stadium in his honor.“It’s very humbling,” Trimble said of having a stadium bear his name. “When you’re working and you’re trying to win games and trying to be a good educator, you don’t really think about things like that. Raised both of my daughters here, and the last 22 years has just flown by. It was definitely a surprise.

“I thought I maybe wanted to be a football coach somebody, but ultimately, God has called me into mentorship. That’s where I’ve settled. The Xs and Os have been kind of secondary. I know that’s easy to say, but honestly, I think we’ve done our work mainly hopefully making better players and making better kids. That’s kind of how we’ve been rewarded, with such good success.”

The season that will start next Friday will be the second for Trimble since he was diagnosed with amyotrophic lateral sclerosis (ALS), commonly known as Lou Gehrig’s Disease, after the former New York Yankees great who died from the condition. According to the ALS Association, ALS is a progressive neurogenerative disease that affects nerve cells in the brain and the spinal cord.

The ALS Association says about 6,000 people in the U.S. are diagnosed each year with the condition. The association says half of all people affected with ALS live at least three or more years after diagnosis. Twenty percent live five years or more and up to 10 percent will live more than ten years.

“I appreciate the little things more,” Trimble said. “I mentioned how fast the pace was the last 22 years and how much work, but when you find out your days are numbered, you tend to appreciate things a little bit more. You take the time to … smell the roses. You enjoy those relationships. You make that extra text or call or return that email to someone that’s meant a lot to you. You savor some of the best times in coaching, which are the relationships.”

.@coachtrim55 holding court with the media, just hours away from the official unveiling of Allan Trimble Stadium pic.twitter.com/CFxQjqWBvI

With 3,381 students, Jenks High School is the third-largest in Oklahoma. Since 1929, the Jenks stadium had been called Hunter-Dwelley Field, named after two students from the 1920s who died in oil-field accidents. Jenks’ athletic director, Tony Dillingham, said the idea for the name change came from top Jenks administrators.

Dillingham said the district wanted to honor Trimble not only for his success on the field, but for his work in teaching life lessons to students for more than two decades.

“As we knew what challenges Allan was facing with his health … we began to reflect on his tenure and what he has meant, not only to the program, but to the community as a whole,” Dillingham said. “It’s been the culmination of a lot of groups reaching out to find ways we can honor somebody who’s done a wonderful job for us.”
RELATED• Tulsa church is growing where God leads, elders say

• ‘We do not focus on winning here’ 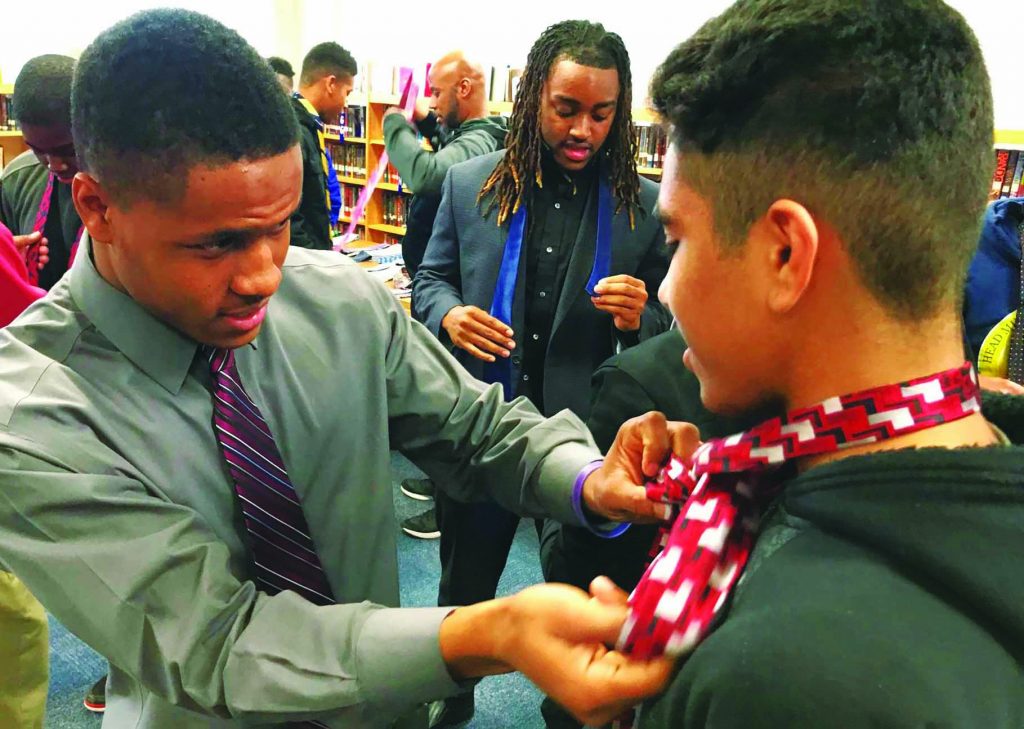 Partners: Heart surgery and a playoff win, dress for success and equipping for evangelism

FEATURED PHOTO (above) — Randolph Wilkerson, left, a student at…

AWARDED David Glasscock, preacher for the Beaver Church of Christ…