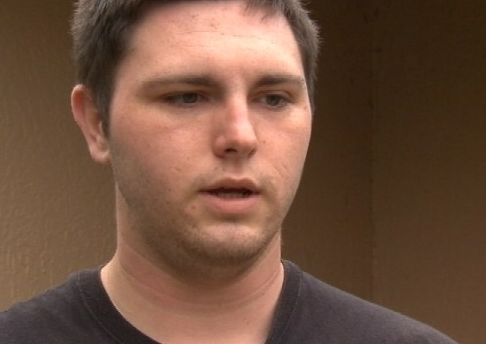 Florida high school senior is a new Christian — and a hero

The 18-year-old fended off a woman's attacker at a Dollar General store in the Orlando area.

Steven Conway has had an exciting few weeks.

Two weeks ago, he was baptized at his home congregation, the Orange Avenue Church of Christ in Eustis, Fla.

This past weekend, the Mount Dora Bible School senior fended off a woman’s attacker at a Dollar General store, as reported by MyFoxOrlando.com:

Eighteen-year-old Steven Conway doesn’t think what he did Sunday night is such a big deal, but it is. In all likelihood, officials say this high school senior saved a woman’s life.

“I helped a woman that needed help and that’s pretty much it,” is how he described it.

Steven and his buddy had just left Bible study and were waiting on their calzones when then ran into a Dollar General store in Eustis to get some sodas. That’s when a blood curdling cry stopped him in his tracks.

“I have no words to describe it, but it was more of a loud shriek that caught my attention.”