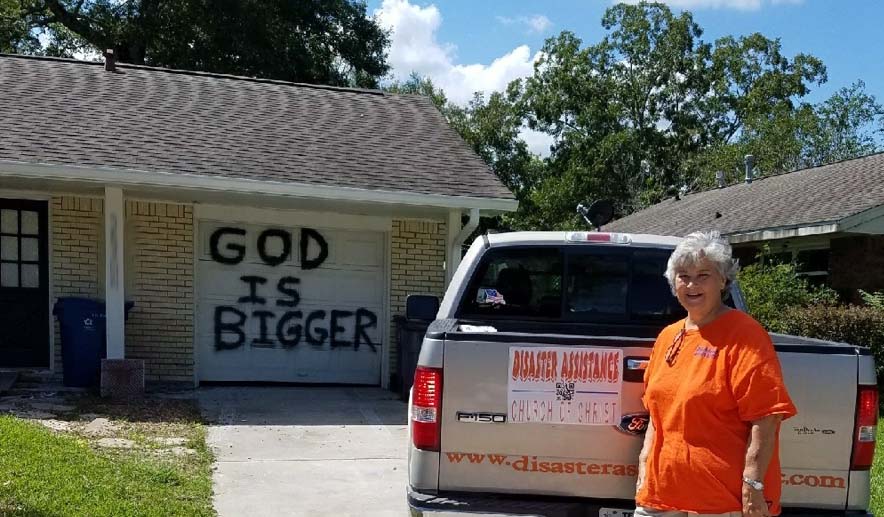 After the flood, cups of cold water

'We can't give out enough supplies to catch up with God's blessings,' says relief worker serving in south Texas.
Jane Smith

“And whoever gives one of these little ones only a cup of cold water in the name of a disciple, assuredly, I say to you, he shall by no means lose his reward.” — Matthew 10:42, New King James Version

LEAGUE CITY, Texas — How do you prepare for a disaster? Having no control of a storm is very daunting. The psychological impact alone is almost more than a person can bear. 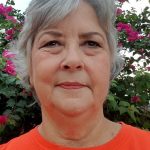 For that reason, Christians should be ready to come in and hold up those who are devastated and lost.

My dad, J. Bridges, believed this. He once told me that Christians should be the first on the scene of a disaster and the last ones to leave.

I’m a volunteer with Disaster Assistance CoC, an outreach mission of Churches of Christ that has been on the scene of more than 55 disasters across the U.S. We’re working with the League City Church of Christ in Texas, between Houston and Galveston, in the wake of Hurricane Harvey. So far our truck is the only one on the scene handing out food and water, day after day.

Here, I’ve encountered so many souls who have touched my life with their stories of survival and inspired me with their response to our efforts:

I am especially thankful for all of the volunteers that come our way. Understandably so, many have had to return to their homes. More volunteers are needed and will be for a long time.

This work cannot go on without volunteers — and a lot of prayers.

“Christians should be the first on the scene of a disaster and the last ones to leave.”

So many blessings come to us as relief workers. We can’t give out enough supplies to catch up with God’s blessings.

Just today, a contractor named Sonny Wilson gave me cash to buy sheetrock for an elderly woman. I asked him if there was anything else he and his crew needed.

This time I cried.

JANE SMITH is a member of the Church of Christ of Floresville in Texas, southeast of San Antonio. She volunteers with Disaster Assistance CoC, supported by board members and elders of the Lake Jackson Church of Christ in Texas. 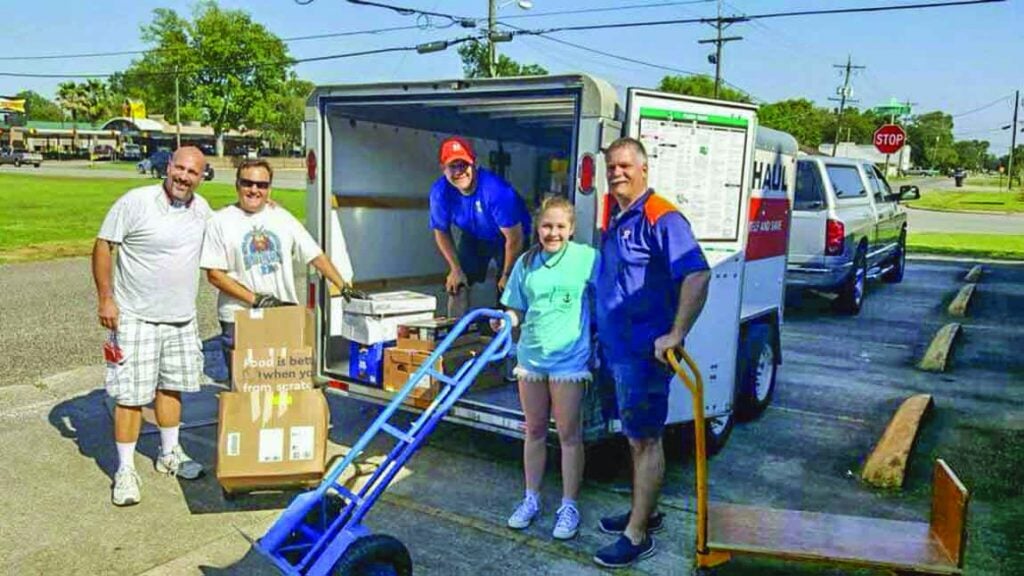