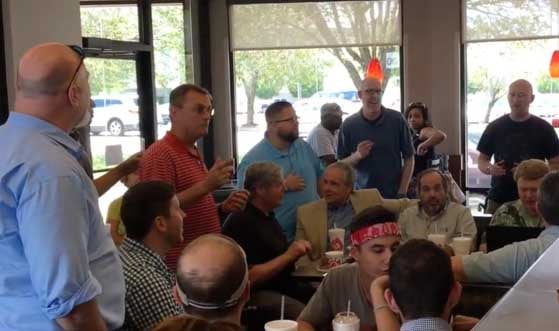 A group of song leaders burst into song at a Nashville Chick-fil-A.
Chellie Ison

It was more than those who stopped at a Nashville Chick-fil-A expected to get with their lunch. A group of men, “students” at the Worship Leader Institute, decided to break out in song while enjoying lunch.

Customers listened, many pulling out their phones to record, as the group sang “I Woke Up This Morning With My Mind On Jesus.”

The men had learned the song during their training earlier that week at the WLI, held at the Madison Church of Christ in Nashville, Tenn.

Several members of the group, as well as some of the customers at the restaurant, recorded the spontaneous outbreak of singing. Those videos were posted on Facebook and YouTube. One was even sent to a Nashville TV station. The station played the video, questioning if the men were professional singers.

Joshua Birney was one of the singers. He said the men had finished up at the WLI and decided to have a final lunch together. While at Chick-fil-A they decided to sing a final song together before they headed home.

“This was a song we learned that week and we all really loved it. It has a wonderful message and a catchy beat,” Birney said. “With all of the tragedy that had happened we wanted to share an upbeat positive message.”

Keith Lancaster, with the WLI, says the Worship Leaders Institute is a boot camp for song leaders dedicated to preserving and encouraging a cappella congregational singing.

Lancaster said the song is popular in many African American churches and will be featured on an upcoming a cappella Praise and Harmony CD entitled “Exalted God.” 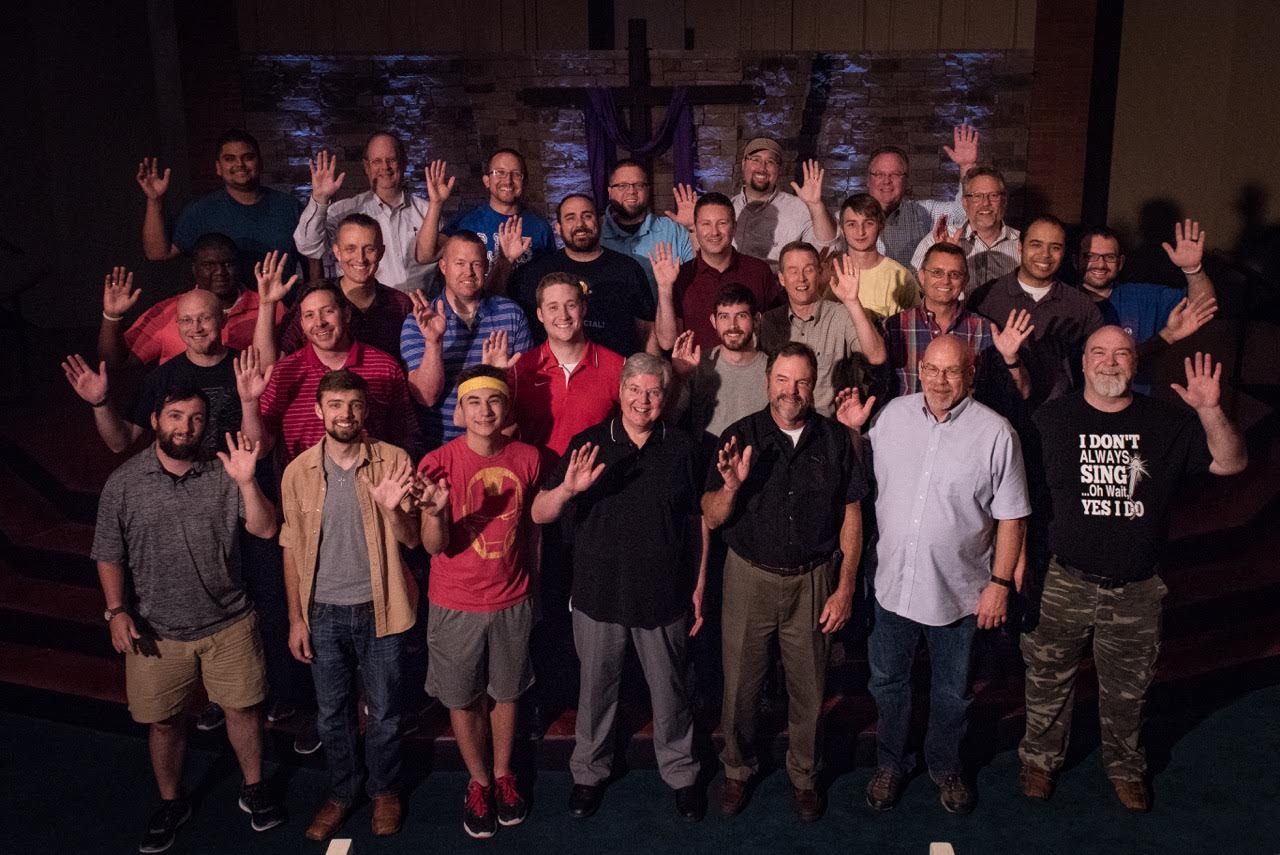 The students of the Worship Leader Institute (PHOTO PROVIDED) 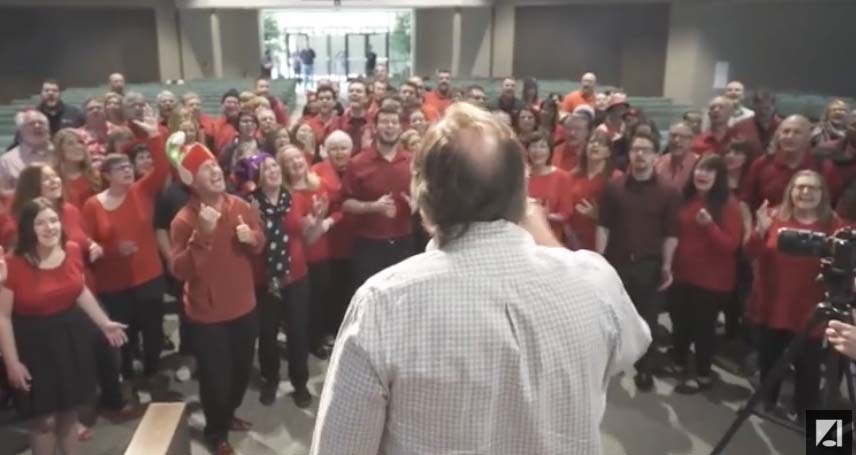 Voices only: Behold Our God 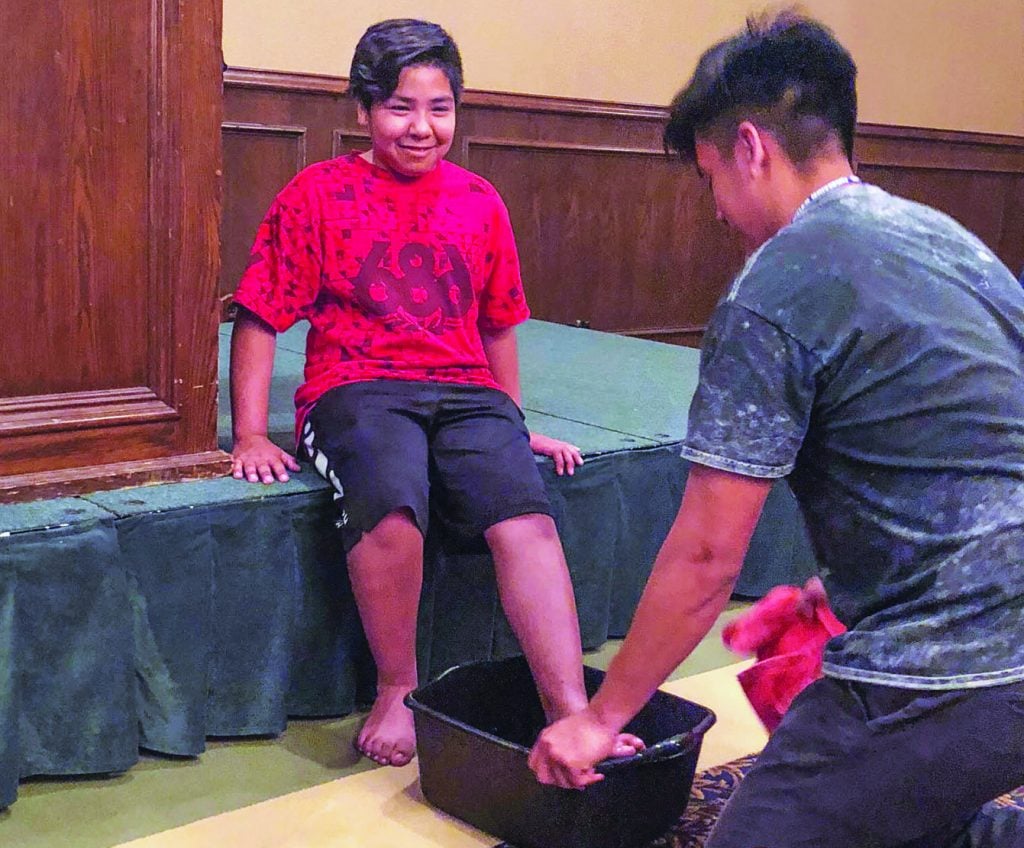 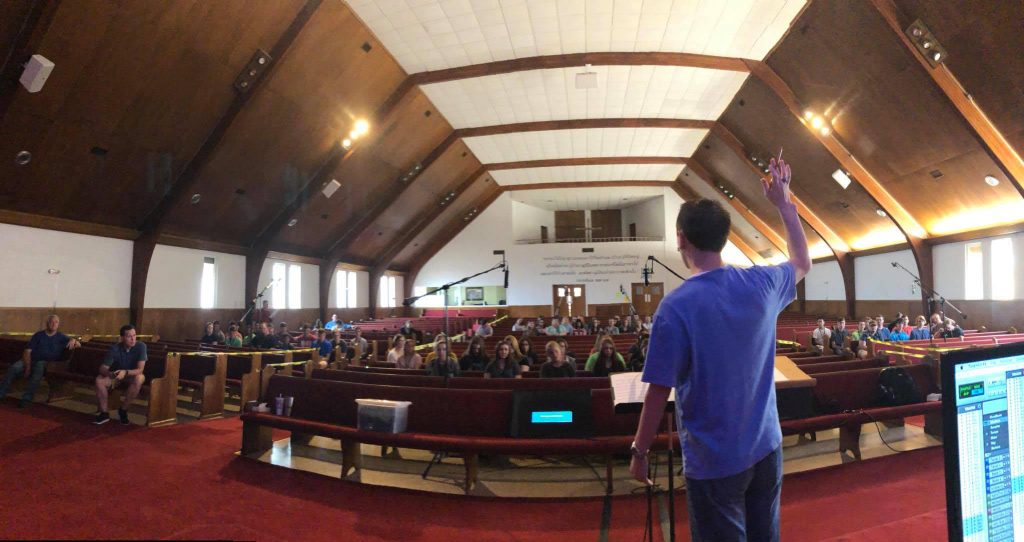 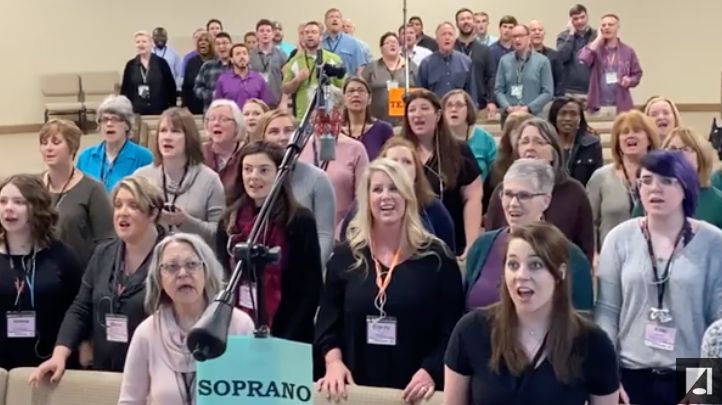 Voices only: I Am Bound For The Promised Land