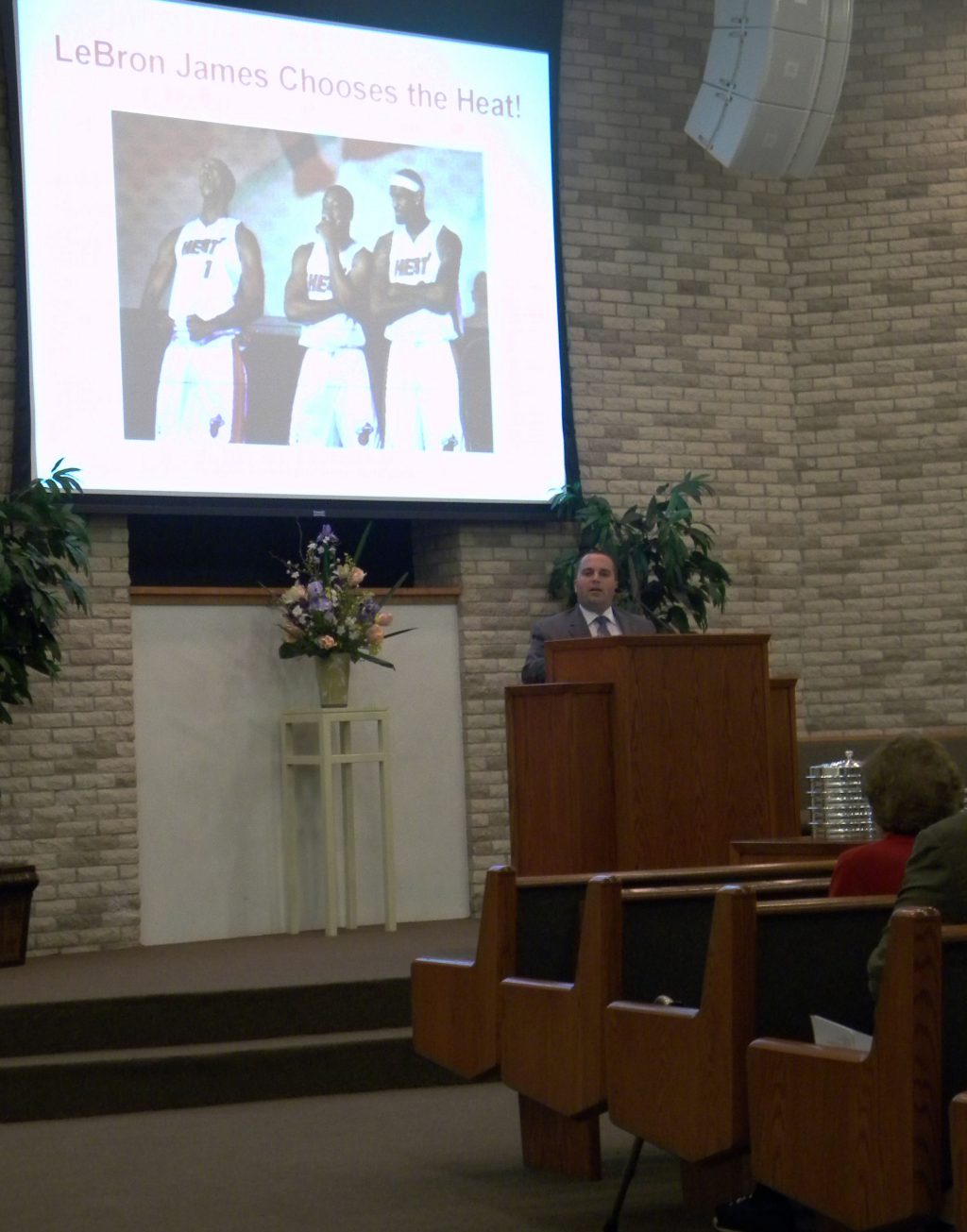 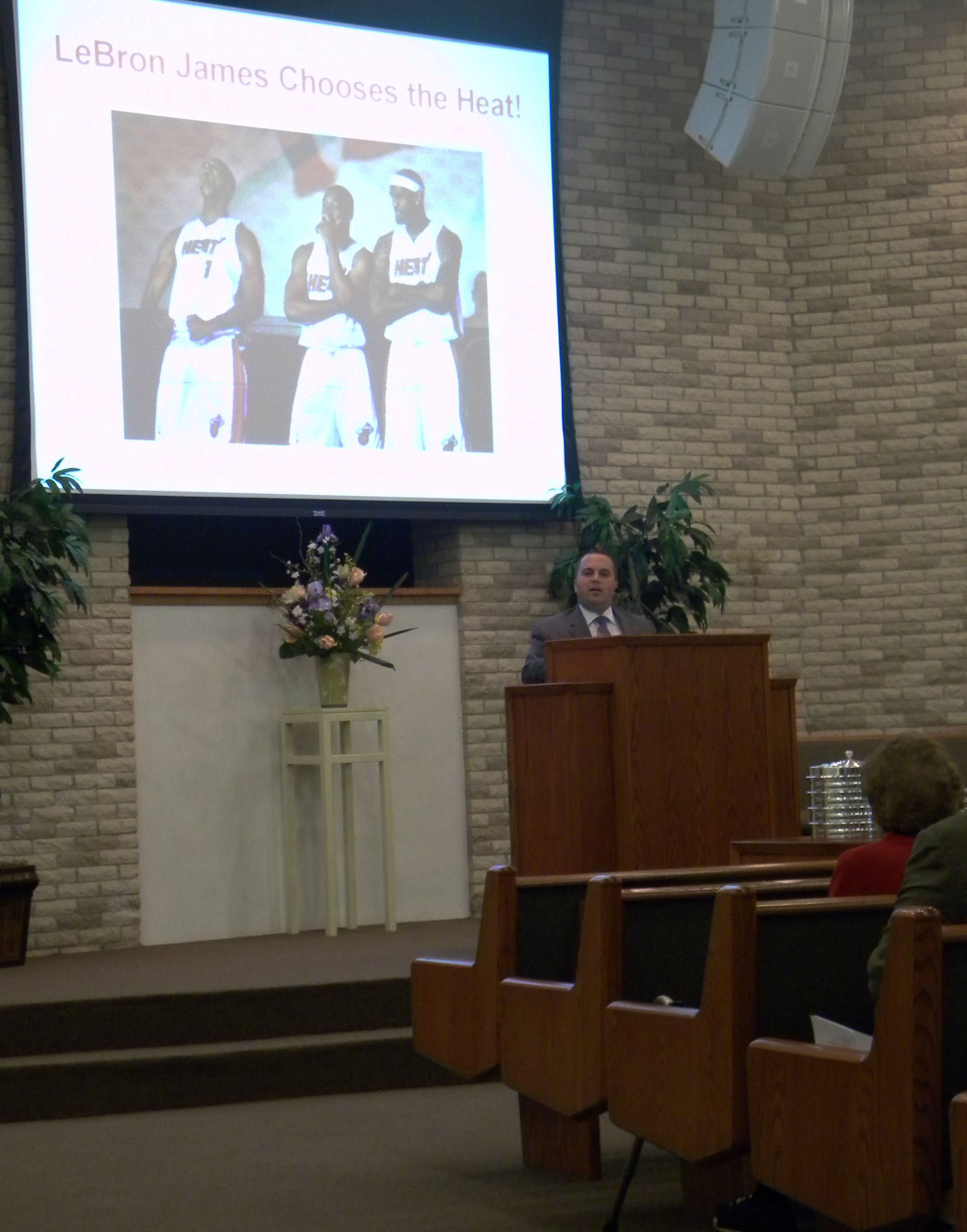 Blogging live from New Orleans
“King James” — the one not associated with a Bible translation — made his way into a sermon today.
At the Hickory Knoll Church of Christ west of New Orleans, where I worshiped this morning, minister Eric Dishongh referenced basketball star LeBron James’ high-profile move from his hometown Cleveland Cavaliers to the Miami Heat.
Dishongh titled his Sunday morning lesson “James Chooses the Heat,” taking the text from the first chapter of James.
The sermon was not about basketball or free agency, of course, but about Christian living.
I’m in the Gulf Coast region for a few days working on a package of stories tied to the five-year anniversary of Hurricane Katrina, which is Aug. 28.
I flew into New Orleans on Saturday, then made a quick trip to Gulfport, Miss., to visit with Les Ferguson Jr., minister of the Orange Grove Church of Christ. 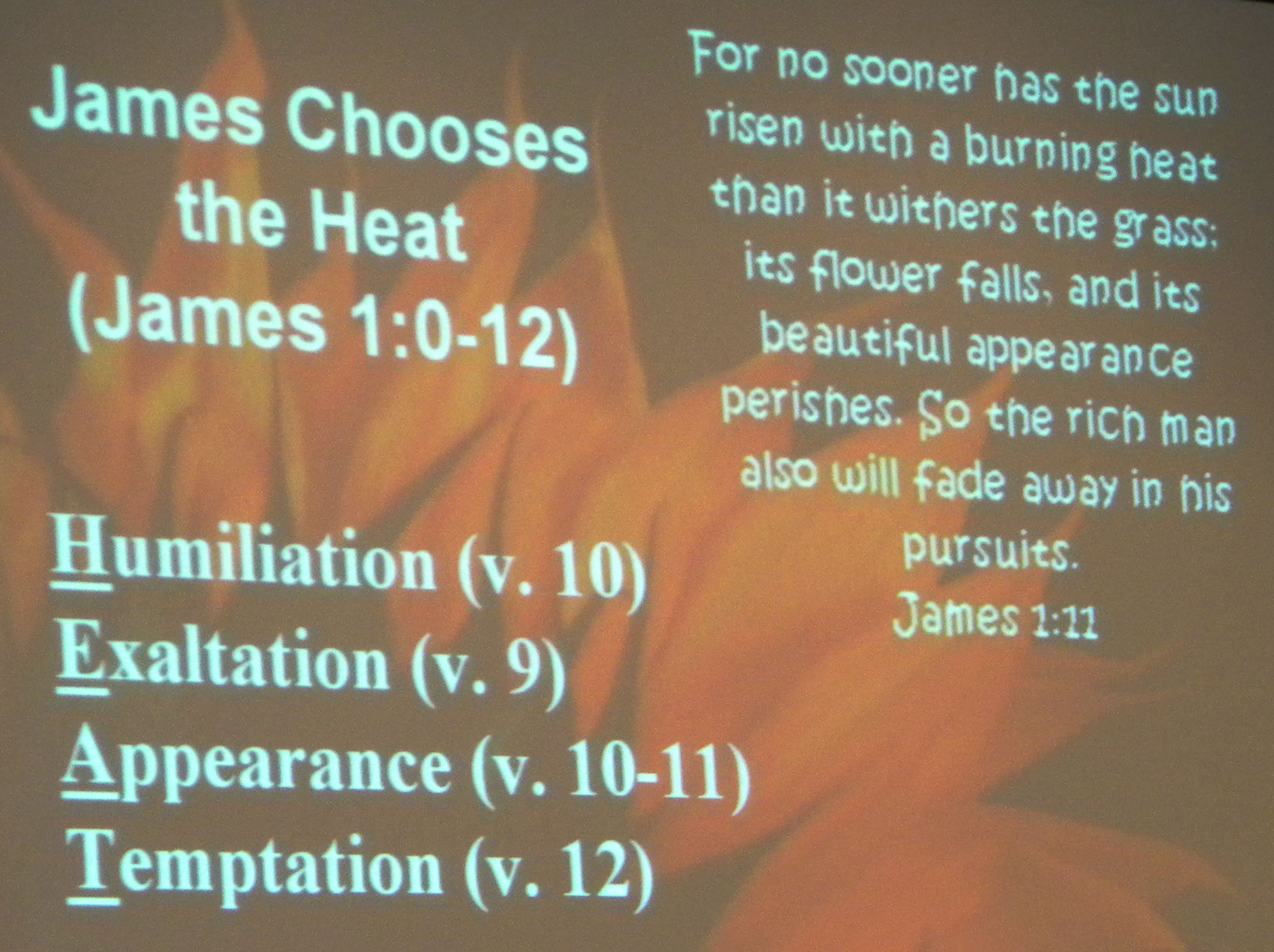 After worship at Hickory Knoll this morning, I visited other New Orleans congregations that suffered blows from Katrina — including the Louisa Street Church of Christ in the hard-hit Ninth Ward and the Elysian Fields Church of Christ.
I enjoyed lunch with Dennis Jones, president of Heritage Christian University in Florence, Ala., who travels to New Orleans each Sunday to help minister to the Hickory Knoll congregation.
My thanks to Dishongh, a New Orleans native who has taken on the temporary role of chauffeur during my trip.
This weekend, I’ve met a bunch of incredible Christians whose stories will touch and bless Christian Chronicle readers. And I’m not done yet. I’ve got another full day planned Monday. Stay tuned.
If you’re reading this and were a Katrina victim, please leave a comment and let us know how you and your home congregation are doing. If you were a volunteer after Katrina, feel free to share your experiences and reflections.