They join a dozen distinguished journalists and communicators already serving on the panel.

The Christian Chronicle has appointed six new members to its Journalism Advisory Council. They join a dozen distinguished journalists and communicators previously named to the panel.

The Chronicle, owned by Oklahoma Christian University and governed by a national Board of Trustees, is an independent newspaper committed to the highest standards of quality journalism.

The Journalism Advisory Council plays a different role from that of the Chronicle’s trustees and its Editorial Board, a seven-person group that collaborates on topics and stances for the newspaper’s editorials.

Journalism Advisory Council members — all members of Churches of Christ — offer guidance on journalistic and ethical matters and otherwise lend their expertise to the Chronicle’s effort to report real news that honors God.

Joining the journalism panel are: 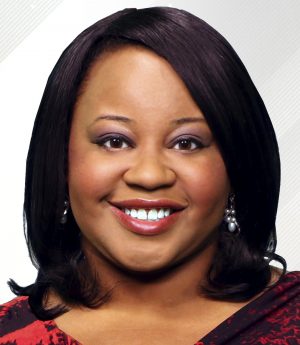 “I am excited to unite my passion for journalism and storytelling with my love of God and my faith. I look forward to serving on an advisory council that shapes thought and perspective both in the world and within the church. I am excited for the opportunity to share my church, newsroom and life experience as a young woman of God, of color, of thought and of an open mind. Equally, I look forward to hearing from others of similar faith but of varying thought and background.” — Shelby Coates

Coates is a news anchor and executive producer for WMGT-TV in Macon, Ga. She attends the Chapel Hill Road Church of Christ in Macon.

She earned her bachelor’s degree in broadcast journalism from Abilene Christian University in Texas. 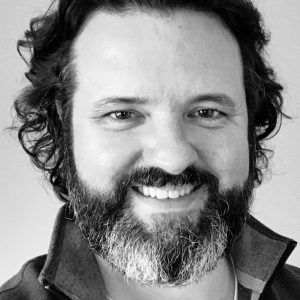 “Stories seem to be God’s favorite way of communicating with his people and with the world. So what ministry could be more enriching and uplifting to Christians and the church of Christ than a storytelling ministry like The Christian Chronicle? I am honored and humbled to join the other members of the Journalism Advisory Council in asking God to reveal the stories that his people need now.” — BT Irwin

Irwin, a member of the Rochester Church of Christ in Rochester Hills, Mich., is a blogger and podcaster who has served as a nonprofit director, public information specialist, project leader and minister.

He earned his bachelor’s degree in marketing/advertising from Harding University in Searcy, Ark. Rochester University, where he received an associate’s degree in business administration, honored him as an outstanding alumnus in 2015. 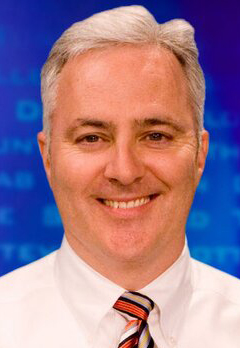 “I am honored to be invited to serve in this role. I have been a supporter of the Chronicle for more than 30 years. As a journalist, I admire the efforts of the Chronicle to keep our church family informed and involved. I have no doubt that many have been encouraged by stories they have read. Your articles have motivated, challenged and inspired others to keep the doors open, keep funding for various ministries, and encouraged countless thousands to stay informed.” — Timothy Hall

Hall, who spent most of his career as a TV news reporter and anchor, works for FEMA in external affairs.

The son and brother of ministers, he attends the Twickenham Church of Christ in Huntsville.

He earned his bachelor’s degree in communication and media studies from Freed-Hardeman University in Henderson, Tenn. 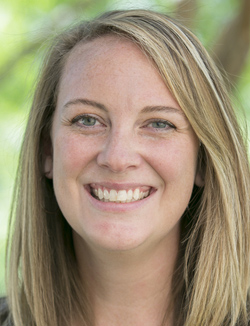 “I am honored and excited to join The Christian Chronicle in this role. The Chronicle has a stellar reputation among the brotherhood for presenting needed information in a professional way. I have long been impressed with The Chronicle’s commitment to journalistic excellence and look forward to contributing to its noble mission in any way that I can.” — Nia Johnson

Johnson is an assistant professor of communication and media at Samford University in Birmingham, Ala.

She is a member of the Deerfoot Church of Christ in Pinson, Ala., where her husband, Johnathan, serves as youth minister.

She earned her Ph.D. in communication and information sciences from the University of Alabama. 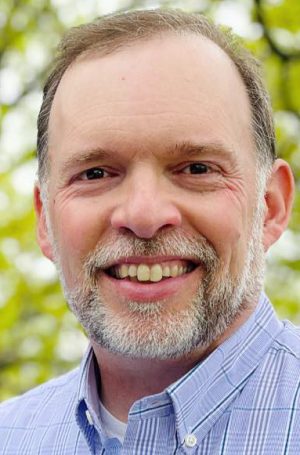 “It is an honor to be asked to serve in this role. It’s important for The Christian Chronicle staff to inform readers about what’s happening here in the U.S. and around the world. It’s also important to tell those stories that give Christians hope and encouragement.” — Stewart McKenzie

McKenzie is a senior news producer for CBS 11, a network affiliate serving viewers in Dallas-Fort Worth.

He is a deacon and Bible class teacher at the Legacy Church of Christ in North Richland Hills, Texas. 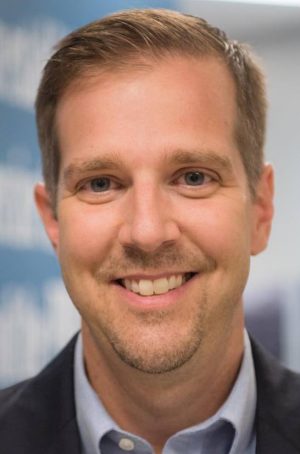 “Journalism is a noble profession that has much in common with the Christian life. We seek truth and share it. We shine light in dark places. We value transparency and accountability. The Christian Chronicle lives up to these noble ideals through its in-depth and courageous coverage of the people, events and topics relevant to our fellowship. It’s a privilege to serve alongside this strong team of journalists who honor God by informing, inspiring and uniting members of Churches of Christ.” — Jim Miller

Miller is an associate professor of communication and a faculty fellow in the Honors College at Harding University in Searcy, Ark.

A member of the Downtown Church of Christ in Searcy, he served as chair of Harding’s Department of Communication from 2014 to 2019. He teaches courses in writing and reporting, research methods and media ethics.

He earned his Ph.D. in communication from the University of Tennessee.

Twelve of the 14 founding members of the Chronicle’s Journalism Advisory Council — created in December 2019 — will keep serving.

Two members, Paula Harrington and Jana Rucker, decided to step down. The Chronicle thanks them for their service!

The remaining council members are: 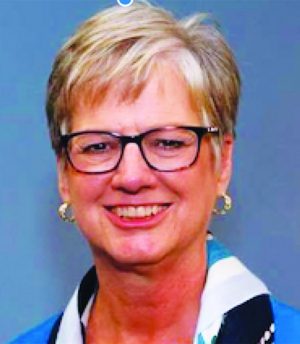 “The Christian Chronicle does excellent journalism.  It provides thorough coverage of important and sometimes difficult topics and events. In an era when many religious publications have resorted to preaching, the Chronicle provides solid news and commentary.” — Cheryl Mann Bacon

Bacon is retired chair of the Department of Journalism and Mass Communication at Abilene Christian University in Texas.

In retirement, she enjoys freelance writing and consulting, especially with churches. A regular contributor to The Christian Chronicle, she is a member of the University Church of Christ. 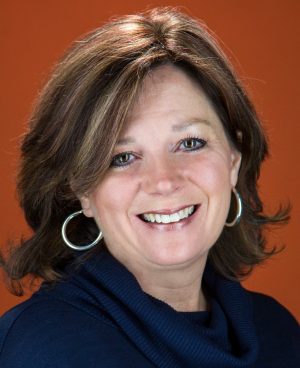 “The Christian Chronicle provides a timely, reliable and valuable communication tool for those who are seeking to follow Christ and glorify God around the country and the world.” — Dawn Bramblett

Bramblett is owner of the Bramblett Group, a public relations and marketing firm in Henderson, Tenn., whose clients include Freed-Hardeman University.

She is a member of the Jacks Creek Church of Christ, where her husband, Jason, serves as an elder. 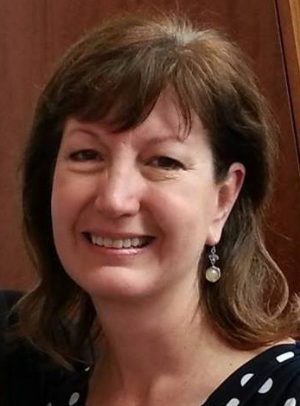 “As its mission indicates, The Christian Chronicle has a dynamic role to play in bringing Christianity to future generations. If there is anything I can do to help, I want to do so.” — Lisa D. Brewer

Brewer is a legal assistant for Brewer & Brewer Attorneys at Law in Wilkesboro, N.C.

A member of the Wilkesboro Church of Christ, she earned a master’s in English from Wake Forest University. She organizes the annual Carolina Bible Camp Bluegrass Festival to raise money for the camp. 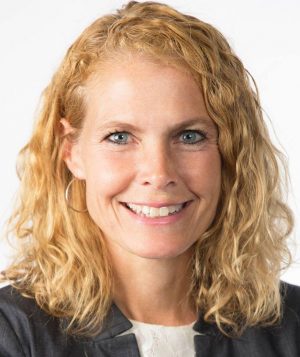 “It is an honor to be a part of this advisory council. I’ve read The Christian Chronicle since I was a child. I clearly recall my parents getting it in the mail and reading it all the way through. So, I have for nearly 40 years regarded the Chronicle as a quality publication. The paper has continued to grow in quality through the years and is a great source of information about the Churches of Christ and the work that is being done around the world through these congregations and people. Communication is vitally important, and I am excited to play some small role in this important work.” — Kimberly E. Chaudoin

Chaudoin is assistant vice president of public relations and communications at Lipscomb University in Nashville, Tenn.

She is a member of the Otter Creek Church of Christ in Brentwood, Tenn. 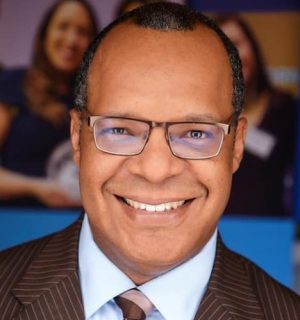 Edwards is a television news anchor for WFSB-TV in Hartford, Conn.

A journalism graduate of Abilene Christian University in Texas, he is looking for a new church home after relocating to Connecticut. 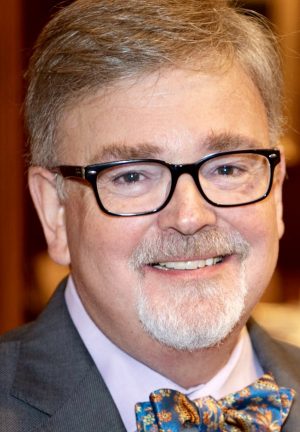 “I believe that Churches of Christ have much to learn from one another. The Christian Chronicle has an important role in connecting us in meaningful ways.” — Rick Gibson

He is a member of the University Church of Christ in Malibu. 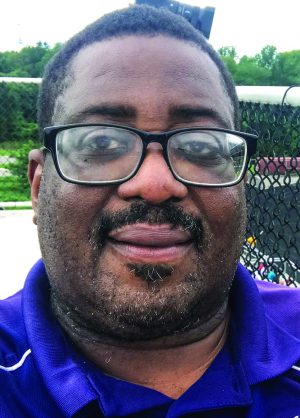 “I am excited about how the Chronicle writes about what Christians are doing around the world.” — Hamil R. Harris

Harris is director of the Innovation and Collaboration Center and an adjunct professor of journalism at Morgan State University in Baltimore.

He spent 24 years as a reporter for The Washington Post and now serves as a freelance correspondent for The Christian Chronicle. He preaches for the Glenarden Church of Christ. 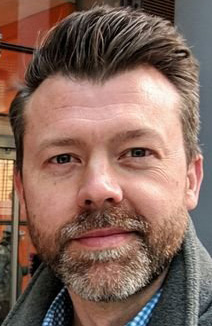 “During a time of deep fracturing among institutions around the world, there is life-giving hope in the church’s simple call to unity, liberty and love. I couldn’t be more proud to support the work of The Christian Chronicle as the paper of record for an endlessly diverse body of believers who aim to practice these profound virtues every day.” — E. Blake Jackson

Jackson is senior director of global communications at Walmart Inc. in Bentonville, Ark.

A graduate of Oklahoma Christian University, he is a member of the Bentonville Church of Christ. 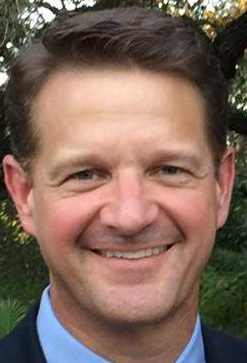 “Every community needs strong and thorough news coverage. The Christian Chronicle has always provided that and continues to play an important role in covering our branch of the Restoration Movement.” — Kenneth Pybus

Pybus is chair of the Department of Journalism and Mass Communication at Abilene Christian University in Texas.

He is looking for a new church home in Abilene. 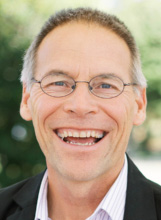 “I desire to make my small contribution to The Christian Chronicle because it is one of the few ways to give the Churches of Christ a wider view of our fellowship.” — Brian Simmons

Simmons is professor and chair of the Department of Communication at Oklahoma Christian University in Oklahoma City.

A former longtime minister in Portland, Ore., he is a member of the Memorial Road Church of Christ in Oklahoma City. He also is a member of The Christian Chronicle’s national board of trustees. 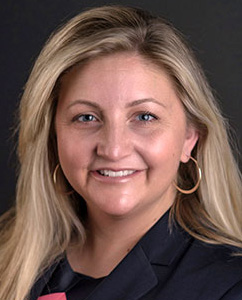 “I am excited to help support a publication that I have read my entire life. I am also excited to support this publication as it faces the challenges of technology and media consumption. I believe it fills a unique and important role in the media and Christian landscape.” — Elizabeth Smith

Smith is assistant professor of communication and director of Pepperdine Graphic Media at Pepperdine University in Malibu, Calif.

She is a children’s ministry leader for the Culver Palms Church of Christ in Los Angeles. 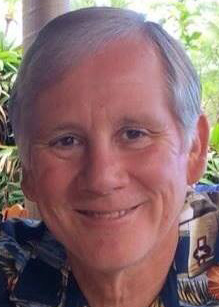 “We so appreciate and support The Christian Chronicle’s ongoing legacy of publishing fair, balanced global news coverage and its commitment to our foundation of steadfast faith in God.” — David P. Swearingen

He is an elder of the University Church of Christ in Abilene, Texas.