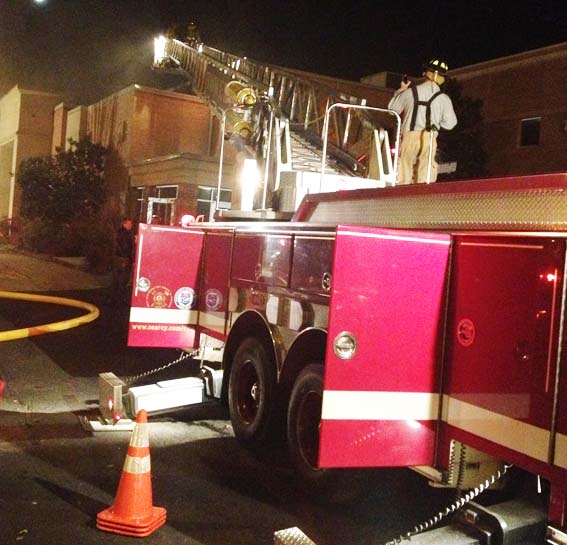 Firefighters respond to the Saturday night fire at the College Church of Christ across the street from Harding University in Searcy, Ark. (Photo by Noel Whitlock)

The 1,600-member College Church of Christ in Searcy, Ark., won’t be able to meet in its auditorium for up to three months after a weekend fire blamed on an electrical short, pulpit minister Noel Whitlock said.
The electrical short occurred in a baptistery heater shortly after 11 p.m. Saturday, Jan. 19, in the original part of the 62-year-old building, Whitlock said. He noted that the heater had been replaced in recent years.
“We’re either going to have to replace our baptistery or change our doctrine,” the minister joked.
Flames were contained mostly to a small area with a lot of plaster and concrete, Whitlock said. However, the entire building — including classrooms — sustained extensive smoke damage.
Several hundred gallons of water spilled out of the baptistery, which probably helped cool the blaze, he said. 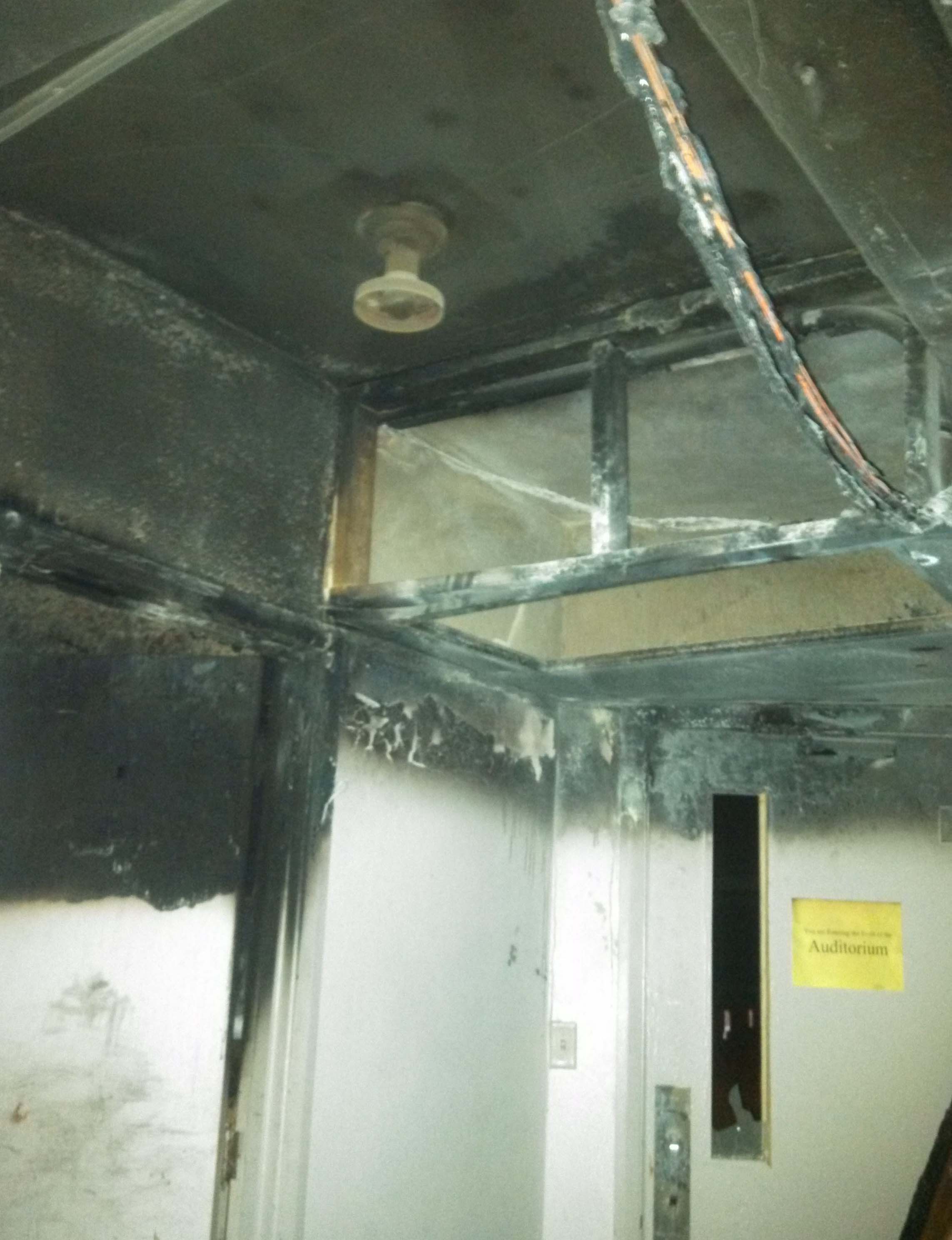 A view inside the burned church. (Photo by Ruth Simpson)

Fifteen to 20 firefighters responded and spent hours at the scene. Students who noticed smoke coming from the building notified the fire department about the same time as the church’s automatic smoke alarm alerted authorities.
The church may be able to resume using its Sunday school classrooms within a few weeks, but the congregation will worship in Benson Auditorium — on the Harding University campus across the street — for 2 1/2 to 3 months, Whitlock said.
“We’re blessed that we have Harding University and the big Benson Auditorium nearby,” Whitlock said.
Damages are insured, but the church does not have an estimate yet on what it will cost to make repairs.