Two youth events associated with Churches of Christ bring 25,000 believers to the Smoky Mountains — a spiritual and economic boost as the region recovers, organizers say.
Nathaniel Howard
PIGEON FORGE, Tenn. — Three months ago, traffic crept along the Spur — a section of U.S. Route 441 that connects this East Tennessee town to nearby Gatlinburg — as thick smoke darkened the sky. 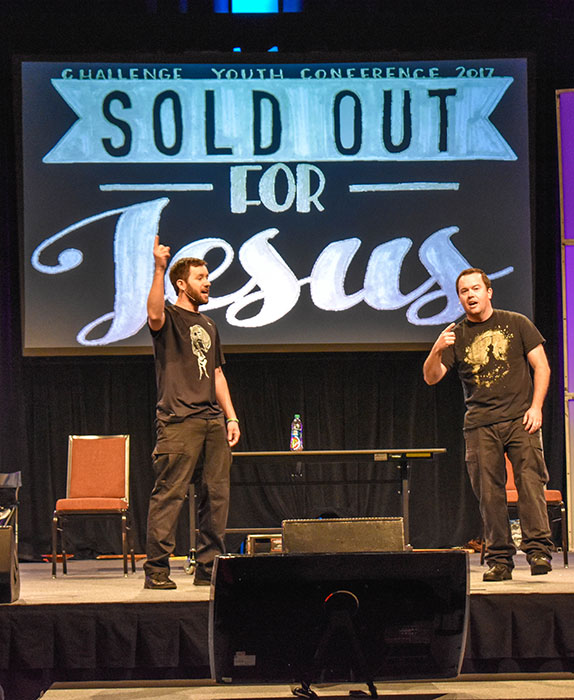 Flames licked the sides of the roads that evening, Nov. 28, 2016, while hundreds of motorists drove in the same direction on both sides of the highway to escape the blazes.

“We could smell the fires from Georgia,” said Cody Grill, a member of the Buford Church of Christ in Georgia, about 150 miles southwest of Gatlinburg. “I was worried about the cabins, that they were going to burn down.”

Many of them did. The wildfires killed 14 and damaged 2,500 buildings — including the meeting place of the Gatlinburg Church of Christ.
As homeowners returned to salvage what they could from the ashes, the future of two Tennessee youth events, both associated with Churches of Christ, seemed uncertain.

RELATED: Wildfire destroyed their building, but not their spirit
Nonetheless, Grill and nearly 13,000 other Christians gathered, as usual, at the LeConte Center in Pigeon Forge for the recent Challenge Youth Conference, or CYC. 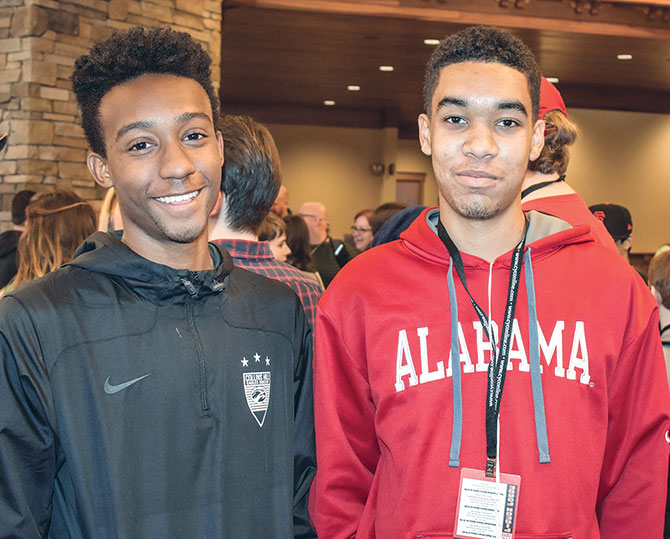 Bryan Adams and Cody Grill of the Buford Church of Christ, near Atlanta, traveled with their youth group to the Challenge Youth Conference in Pigeon Forge, Tenn. (PHOTO BY NATHANIEL HOWARD)

And a weekend earlier, traffic once again snaked along the Spur — back into Gatlinburg — as 12,000 more believers gathered for the annual Winterfest youth event.

Young Christians, parents and ministers who made the trip to the foothills of the Smoky Mountains told The Christian Chronicle they were amazed by the region’s rapid recovery.

Hundreds of volunteers with church-supported nonprofits — including Churches of Christ Disaster Relief Effort, Churches of Christ Disaster Response Team and Disaster Assistance CoC — worked alongside the Red Cross and other relief groups in the weeks after the fires. Country music legend Dolly Parton — perhaps the region’s most famous native — raised more than $9 million to help rebuild.

In Gatlinburg, hardest-hit by the fires, freshly seeded green grass replaced burned-out undergrowth on the roadsides, though the charred bases of still-living trees were reminders of the recent disaster.

“Honestly, I was kind of surprised. I thought it would have taken more of an effect,” said Madeline Miller of Bethalto, Ill., who attended Winterfest for the first time. “But it seems like the community’s really snapped back quickly. I haven’t really noticed all that much.” 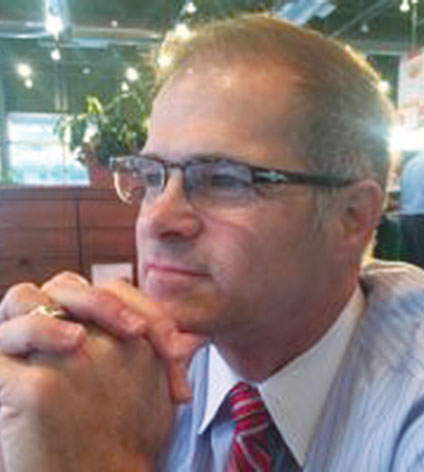 Larry Davenport
In Pigeon Forge, it was easy to forget that the fires happened. But CYC director Larry Davenport stressed to conference-goers that, for many East Tennesseans, the terrible impact of the fires lives on.

“There were either people directly affected that we would be coming in contact with in Pigeon Forge, or they knew someone who was directly affected,” said Davenport, a development official at Mars Hill Bible School in Florence, Ala.

Davenport, who helped launch the Challenge Youth Conference in 2000, said that he has formed meaningful relationships with the employees at the LeConte Center and the Gatlinburg Convention Center, where the event took place until 2015.

“They make it so easy to do the conference that we put on,” Davenport said. “I hope that we’ve been as encouraging to them as they’ve been to us.”

Organizers of Winterfest, launched 29 years ago, had contemplated using part of this year’s gathering for service projects to help Gatlinburg recover. But by the time of the event, however, much of the short-term recovery work was done.

Still, participants played an important role in the region’s recovery just by showing up, said Jeff Walling, a Winterfest board member and speaker at the event.

“When the fires took place, there was a lot of news across the country that Gatlinburg had just burned to the ground — and, quite frankly, they had a terrible Christmas because of it,” said Walling, a longtime minister and director of the Youth Leadership Initiative at Pepperdine University in Malibu, Calif. 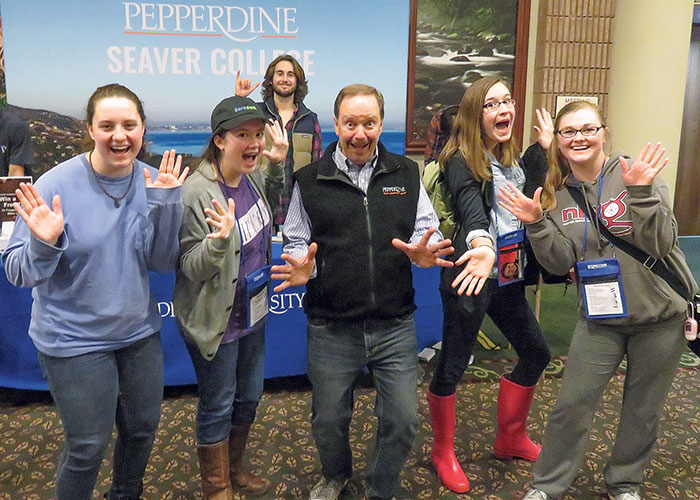 “I think our decision to continue to be here is a way of doing what we can to support this economy,” Walling said. “If we can do that and, at the same time, say ‘Don’t thank us, thank Jesus,’ then Christ’s identity will be helped.”