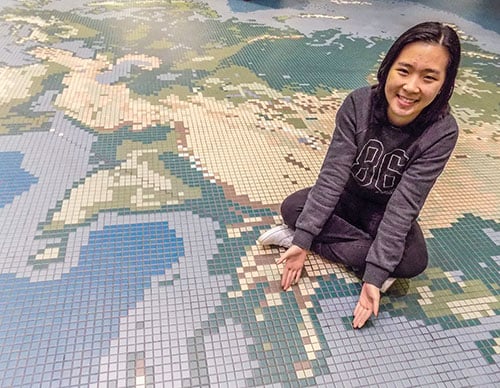 Finding faith in a far-off land

From Vietnam, Thao Pham journeyed to America for an education. In Arkansas, she became ‘a child of God.’
Savanna Distefano
Legs bouncing, heart racing, Thao Pham sat in the front seat of her brother’s car, anxious, anticipating.

Arriving at the Little Rock airport, she looked up a set of stairs and saw her father standing at the top.

“I couldn’t believe my eyes,” she said. “I thought, ‘Is that really him?’ I had been waiting for that moment for so long … I was beyond happy.”

And nervous. After all, a lot had changed since 2013, when she left her home in Vietnam and moved to Arkansas. She was not the same person she used to be.

She followed in the footsteps of her brother, Phu Pham, who attended Harding Academy in Searcy, Ark., a school associated with Churches of Christ, and earned a degree from nearby Harding University. Thao Pham completed her senior year of high school at the academy before enrolling at the university, where she’s now a sophomore.

She’s also a Christian, baptized Aug. 10, 2014, by the father of her host family. She told her family in Vietnam about her conversion.

“I was afraid my parents would reject (my faith),” Thao Pham said. “I was kind of scared they would not allow me to believe in what I wanted to believe. I was worried.” 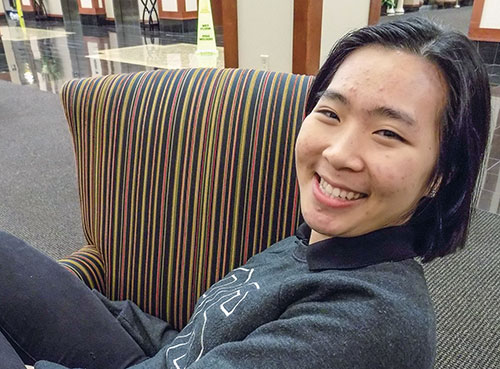 Instead, her parents told her they were content with her beliefs — even if they did not share them. They still respected her. And they love her.
That much was evident in her father’s smile from the top of the airport staircase.

“Since my kids were young, I taught them to be independent,” her father, Thai Pham, said. “(They) know how to take care of themselves, and they’ve been provided with a good education level and English skills.”

He sent them to the U.S. to “obtain greater technical skills in order to fall in line with the environment at any place on earth.”

His daughter believes she has found much more than that, though she struggles to explain her decision.

“It’s really hard to talk to someone about your belief” without appearing to force it on them, she said. So she tries to lead by example, following in the footsteps of her new Redeemer.

“I love them,” she said of her parents, “not only as their daughter, but as a child of God.”
‘A LIGHT TURNED ON’
Thao Pham is one of about 250 international students enrolled at 6,000-student Harding University.

Few are actively recruited, said Stacey Vaughn, assistant director of admissions. And many aren’t searching for a Christian university. Instead, they’re looking for job-related skills and the chance to improve their English — or play collegiate sports.

The Phams learned about Harding Academy from an uncle in Newport, Ark., about 40 miles northeast of campus. They heard good things about the school but didn’t know it was church-related, Thao Pham said, until her brother enrolled in 2007.

Growing up in Vietnam, her family visited a Buddhist temple, but she didn’t put a lot of thought — or faith — into any religion.

“I just kind of assumed that there was somebody up there,” she said. 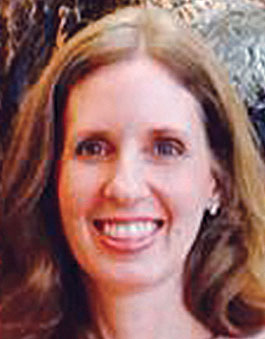 Tammy Brukardt
In Searcy, she lived with Scott and Tammy Brukardt, members of the College Church of Christ, while she completed high school. She attended church with her host family, though she didn’t understand the sermons or why members partook in communion.

“We studied with her quite a bit,” Tammy Brukardt said. “She had lots of questions — very good questions — which we did our best to answer.”

Her brother, Phu Pham, was baptized during his time at Harding University and is now studying in the university’s College of Pharmacy.

Despite the growing number of Christian influences around her, Thao Pham said she struggled with the reality of God’s existence.

Then God answered her prayer.

One afternoon, stressing to keep up with her schoolwork, Thao Pham realized she would not be able to finish an assignment for English class.

Her teacher agreed to let her turn it in after school. Relieved, she completed the work and raced to the teacher’s classroom — only to learn that the teacher was gone for the day.

Soon after, she crossed paths with another teacher, who saw her facial expression and asked to help. The teacher led Thao Pham to the staff mailboxes, where she delivered the assignment.

That seemingly simple act was evidence of a divine hand at work, Thao Pham recalled.

“After that time, I believed that (God) really exists,” she said, “and he will listen to you — listen to everybody — if you’re sincere and believe that he will do it.

“At that time a light turned on.”

For the Brukardts, studying the Bible with their adopted student was a double blessing.

Answering questions about Jesus from someone with no background in the faith “just really makes you think about Christianity in a different way,” Tammy Brukardt said. “I think she has really shaped us to grow.”
‘THEY’LL TAKE THAT SEED BACK HOME’
Vaughn, who helps guide international students through Harding University’s admissions process, said she enjoys forming relationships with people from around the globe.

Modeling Christian community for those from lands with few Christians is a “huge ministry opportunity for me,” she said. “Hopefully … they’ll take that seed back home. Who knows what kind of great work they can do in the Lord’s Kingdom?”

After her baptism, “I felt more energy,” Thao Pham said.

Though she still struggles to share her faith with her parents — and she isn’t sure where her path will lead — she knows God is guiding her footsteps.

“I think he was blessing me before I knew him,” she said. If not for God, “I would not have the chance to come here or really have good education.”

Regardless of what the future holds, “at least I still know I will do something good,” she said, “in his name, not just my name.”
RELATED