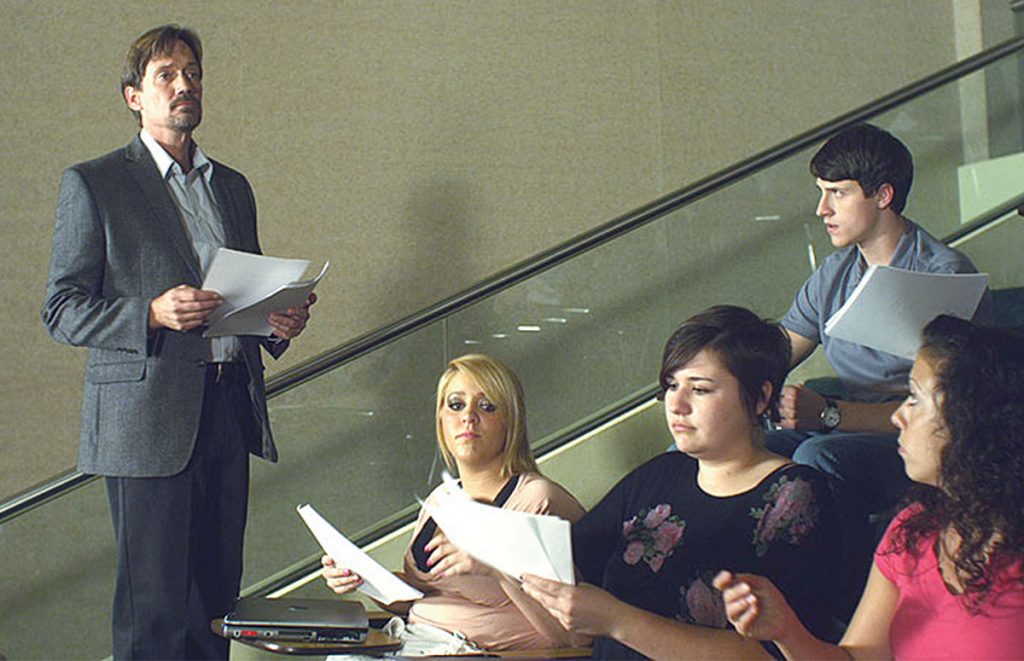 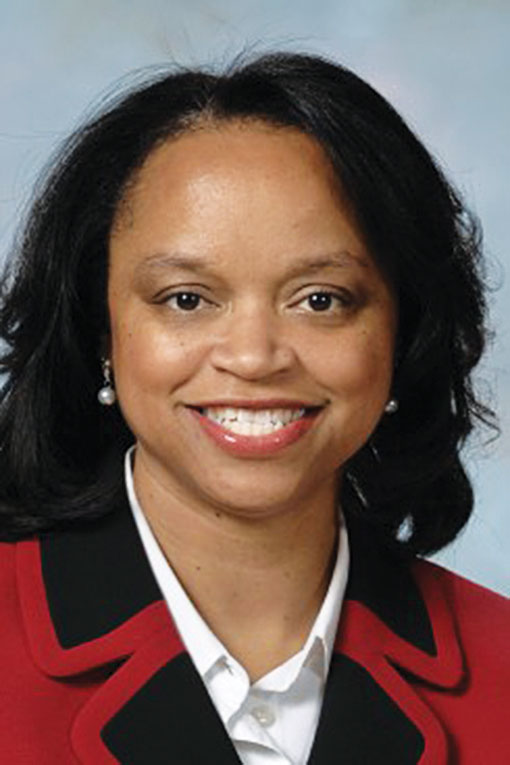 Review | Jeanetta D. SimsS uppose that, on your first day of college, an atheist professor required you to sign a declaration that “God is dead” or face a failing grade.

That’s the dilemma faced by students in “God’s Not Dead,” a Pure Flix production that debuts in theaters March 21. The faith-based film focuses on combating skepticism and atheism through equipping viewers with scientific evidence and reasoned arguments for God’s existence.

The movie features appearances by “Duck Dynasty’s” Willie and Korie Robertson, members of the White’s Ferry Road Church of Christ in West Monroe, La., along with a concert appearance by the Newsboys, whose 2011 rock anthem shares the movie’s title.

At fictitious Hadleigh University, Dr. Radisson (Kevin Sorbo, best known for his TV stint as “Hercules”) gives the dreaded mandate to his philosophy class. Every student takes the pledge that “God is dead” — except freshman Josh Wheaton (Shane Harper of the Disney Channel’s “Good Luck Charlie”).

After prayerful consideration and conflicting guidance from his personal network, Wheaton refuses to comply. His decision catapults the inexperienced college student into a series of one-on-one, Lincoln-Douglas style debates against tenured professor Radisson over God’s existence.

The debates are conducted at the end of multiple class periods in front of the lecture hall class of roughly 80 students. Wheaton can salvage his failing philosophy grade by defending his position and persuading the class with his arguments.

In many ways, the film is reminiscent of typical college life — gossip among upper-class students about the best professors, drop-date mentions during welcome week, students in the wrong location on the first day and frequent calls home to parents.

The film’s non-student characters also face real challenges. Busy professionals are too device-prone for face-to-face interactions. Young adults defy family tradition to find a faith of their own. Adult children are troubled with adequately caring for an aging parent who suffers from dementia. And couples face deteriorating relationships in the midst of a life-threatening illness — and the marital challenges experienced from being unequally yoked.

Each trial woven into the fabric of the film boasts real-world problems in the lives of faithful people.

However, not all educational aspects of the film are realistic. A professor determining students’ final semester grades in the class on the first day is unlikely. Equally suspect is the near-unanimity among students, which few professors achieve in a seminar class of 12 — yet alone among 80 students.

And, in a time when higher education is under siege by state and federal governments and under pressure to meet the standards of accrediting bodies, no faculty member can devote the equivalent of a full week of class to a single debate with one student.

The film’s depiction of higher education suggests the public university classroom learning environment is primarily about dismantling faithful followers of Christ rather than educating students to achieve learning objectives associated with disciplinary knowledge.

A more accurate reflection of higher education would be to portray universities as striving to enact the key tenets of their institutional missions while they seek to meet the demands of academic assessment. This requires documented assurances of student learning. These activities have taken hold at most public university campuses — something “God’s Not Dead” fails to adequately depict.

This slippage from God’s Word creates a dire predicament in which the true test of university life — living in obedience to God’s Word throughout one’s academic pursuits — is replaced with the affirmation that, because God lives, he supports our heart’s desires, whatever they may be.

Among believers, this position of pursuing self rather than revering the words of the living Creator is of far greater concern than debating one who denies God’s existence. Students of faith who put themselves before God are in a parallel plane with atheists. Neither is obedient to God.

Instead of affirming “God’s not dead,” perhaps a better declaration for students of faith is “God’s Word lives.” It is authoritative and vibrant. It comforts and cuts. It should be studied and respected. And, it should have preeminence in our daily walk. When obeyed, it is capable of guiding the faithful from here to eternity. Without it, we have no hope and are akin to people such as Radisson who defy God.

As a film, “God’s Not Dead,” succeeds at underscoring the importance of demonstrating rather than merely talking about faith. It reminds us that God is good all the time. And it highlights the spiraling impact of a single courageous person of faith on those who believe and those who are frustrated by disbelief.

While the vindictive, spiteful threats from the professor defy realism, the arguments for and against the existence of God are commonplace. The debate reaches a life-changing climax and standoff as the student challenges the professor in an intense yelling match of personal discovery for both individuals.

If for no other purpose than arming oneself with relevant reasons and stellar arguments steeped in science to refute claims that God is dead, go see the movie.

Jeanetta D. Sims is an associate professor in the marketing department of the College of Business at the University of Central Oklahoma in Edmond, Okla. She earned a doctorate in communication, is accredited in public relations and attends the South Edmond Church of Christ.