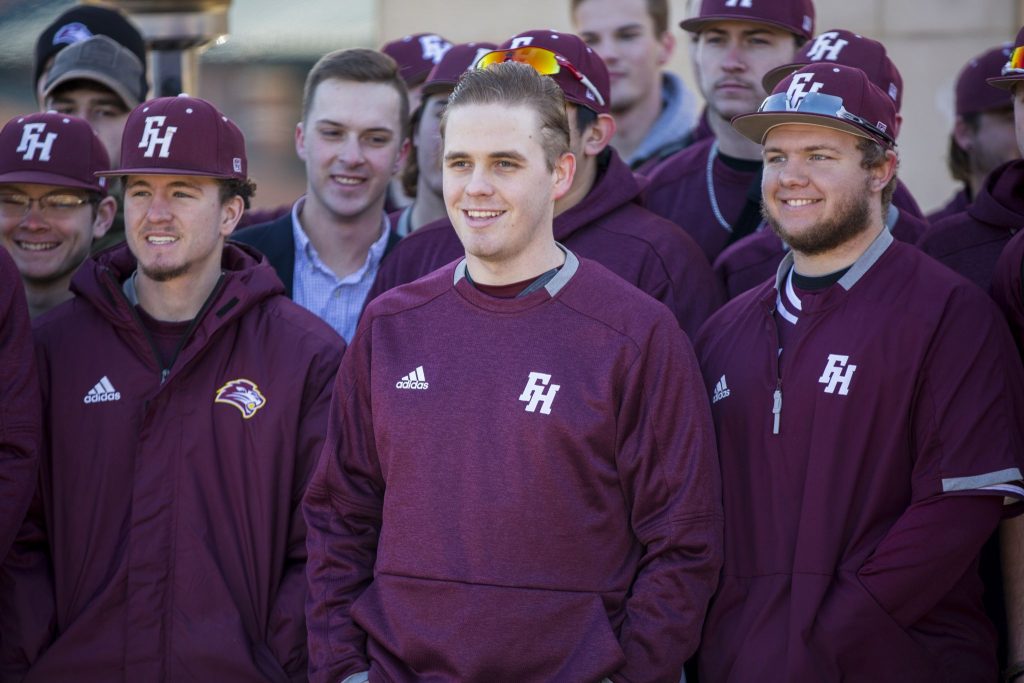 FHU baseball player, who collapsed during practice, returns to campus

Thank you to each member of the FHU family who praised and thanked God for His indescribable blessings at a special chapel Friday, Feb. 8, during Slater Springman's first visit back to campus!

Corinth, Miss.— ‘I’ve had a lot of doctors tell me they don’t know how I survived what I went through,” said Slater Springman, who collapsed during baseball practice at Freed-Hardeman University on Aug. 27 and didn’t wake up until mid-September.

“But I and my parents know. It’s the power of prayer and our faith in God that got us through.”

Five months after he left the campus of the 1,900-student university associated with Churches of Christ, the 22-year-old senior returned to throw the opening pitch at his team’s home opener, played in Corinth, about 40 miles south of the university’s Henderson, Tenn., campus, due to wet field conditions there. 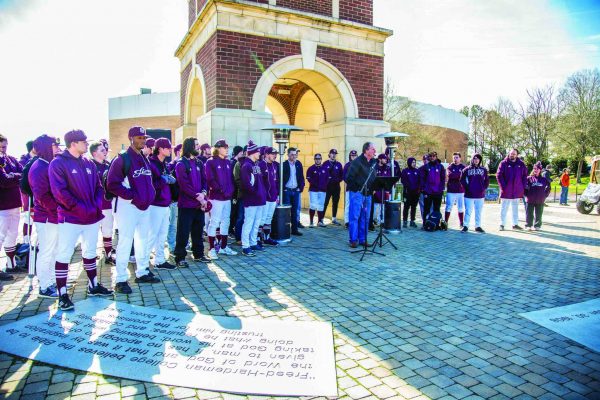 During a chapel service at Freed-Hardeman’s Bader Green, Bill Springman thanks the community for their continued prayers and support of his son, Slater.

Before they left for the game, the team and Freed-Hardeman students gathered near the university’s Bucy Tower for a brief devotional.

At one point doctors said they had “exhausted their resources,” Bill Springman said, and they encouraged the family to pray.

“Through your prayers and petitions, the almighty God saved my son’s life,” Springman said. “We will always be grateful.” 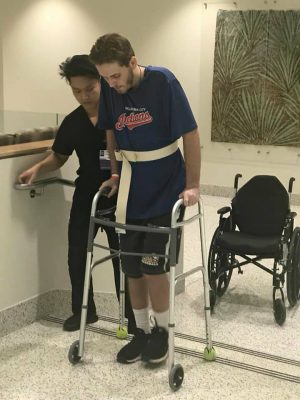 Slater Springman works to regain his strength following a heat stroke in Aug. 2018.

Slater Springman, a graduate of Holland Hall School in Tulsa., Okla., and his family worship with The Park Church of Christ in Tulsa. He played catcher for Oklahoma Christian University before transfering to FHU on a baseball scholarship.

He had just started classes when he suffered heat exhaustion while running laps with the team. Rushed to the hospital in nearby Jackson, Tenn., his Creatine phosphokinase (CPK) levels, normally about 200, were measured near the million-number mark, confusing doctors across the country who saw his case, the Jackson Sun reported.

“I remember collapsing and being on the floor at Freed,” Springman told the Sun. “And then the next thing I knew was when I woke up in the hospital, and I first assumed it was maybe a couple hours later.

“I looked on the board and saw what day it was on a sign, and they had to explain to me how long I’d been out.”

After more than two months in the ICU, he was moved to a hospital in Tulsa and allowed to go home Dec. 14 to continue his rehab.

“Right now, it’s mainly about rebuilding my strength,” he told the Sun, “because I lost 50 or 60 pounds of muscle during this whole thing that I’m trying to get back.”

His father sent a letter to FHU coach Jonathan Estes, thanking him for the opportunity to spend time with the team.

“He will be back better than new and wearing a uniform this fall,” Bill Springman said of his son, “because that is in his heart’s desire.” 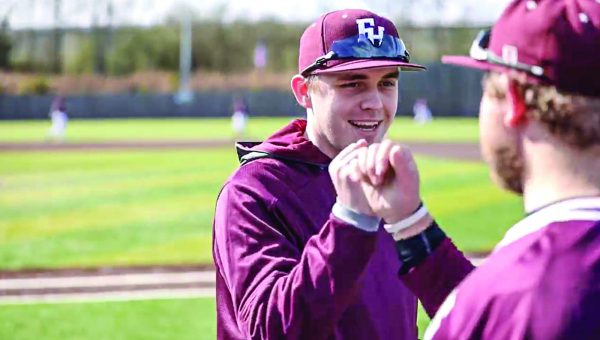 Slater Springman fist-bumps one of his Freed-Hardeman teammates. 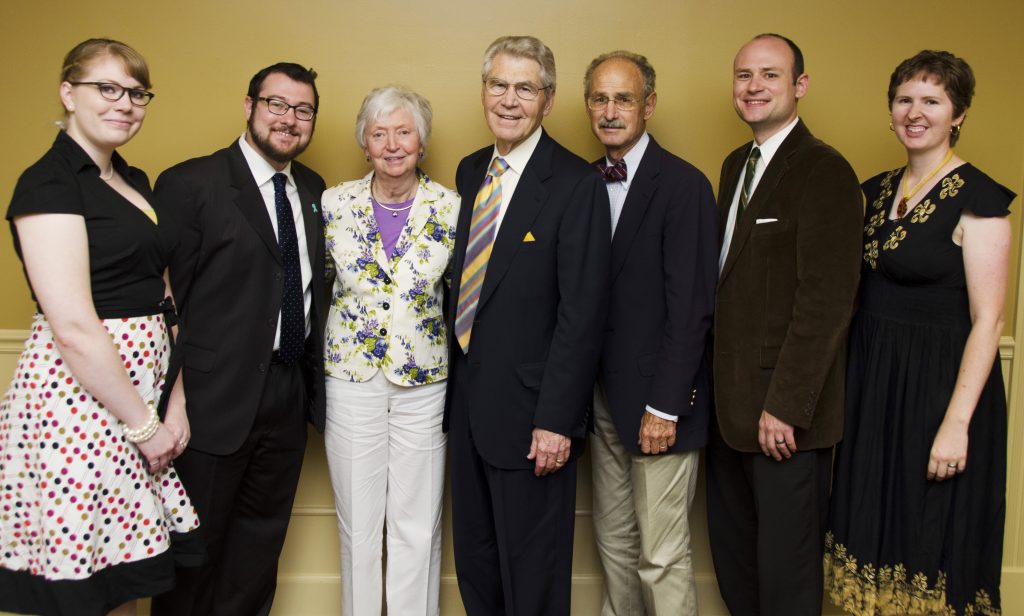 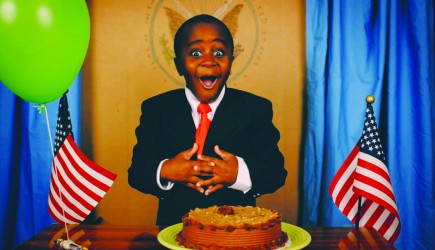 Robby Novak first dressed up as “Kid President”  as a…