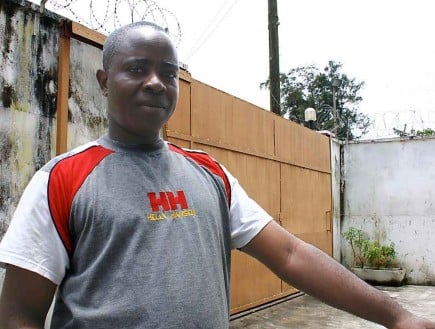 Erik Tryggestad
Can Christians reach a planet of 7 billion souls?
The Christian Chronicle asked church members, ministers and ministry leaders around the world about the population milestone and its implications for Churches of Christ. The survey included questions about natural resources, the increasing diversity of ages on the planet and whether or not the rapidly growing population should create a sense of urgency in Christians to spread the Gospel.
Following is a sampling of responses.
Bill Brant, president, Herald of Truth Ministries:
“While there are 7 billion people in our world, the most striking statistic is that it is estimated that two-thirds —  4.4 to 4.6 billion — still don’t know who my Jesus is.
“Our ancestors are 13 guys who turned the world upside down, which means we still have a lot of telling to do. We must take the words of Jesus to his world, everyday.”
David Kolleh , minister in Gbarnga, Liberia:
“More than one million identified species of animals and plants inhabit the earth. Of these, only man can in part control and modify his environment. Because of this ability, he now dominates the earth to an extent probably never before approached by any species. This reproductive potential has been and still is controlled by disease, limitation of the food supply and interspecies competition in the struggle for existence. With the world’s population at 7 billion, there is no doubt that the challenges before the human race are enormous.
“As more people inhabit the earth, the issues of jobs, employment and sustainability become crucial. Urbanization also becomes a problem to tackle. As people continue to rush to urban areas for better life, rural areas are abandoned, leaving aging populations that cannot carry out any development. Overcrowding, street prostitution and crime often increase.
“This therefore calls for action to increase the campaign to reach the souls and design strategies that will cope with the population explosion so that many people are not left abandoned. Every plan should be put into place to tackle the problem of the unsaved.”
Denise Dickinson, member of the Grace Chapel Church of Christ in Cumming, Ga.:
“I do not believe that, as Christians, we should feel any more urgency with 7 billion (or the projected 8 billion) than with the 6 billion of past decades. The parable of the lost sheep had the shepherd leaving the 99 for the one lost. We should never feel comfortable turning as a flock and leaving one behind. That doesn’t mean they will choose to come with us, but we should try. That is all God asks of us.”
George Hall, director, Biblical Institute of Central America:
“We must reach the world with the Gospel! Jesus’ apostles were to take the Gospel to the whole creation (Mark 16:16).They did it! They preached the gospel to the whole creation (Colossians 1:23). We can do it with very little money, but we can only do it with great resolve. We can only do it by biblical methods.”
John Reese, president, World Bible School:
“Jimmie Lovell (the founder of World Bible School) used to say, ‘Every person has more right to hear the Gospel once than any person has to hear it twice.’ His aim to give every person the opportunity for rescue remains valid. But, in the decades since Jimmie, our lack of focus on the mission has only increased the ratio of those who have never heard to those who have.
“At 7 billion, the task now seems harder than ever. On the other hand, God has given means of communication that are faster and better than ever. The challenge is not in the numbers. The challenge is in our hearts. Will we take the mission seriously this time? Will we focus on spreading the Gospel seed? Are we willing to sacrifice so that others can hear once what we have heard so often?”