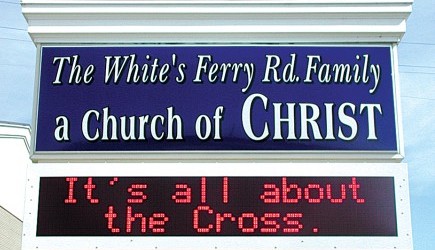 Father, son arrested for burglarizing church that helped them

Joy McMillon
Police in West Monroe, La., say a father and son sought benevolent help from the White’s Ferry Road church — then stole from it.
The church was hit twice: once on April 5, when cash taken from the church office and damages totaled $6,500, and a second time on April 12. Church leaders notified police about the crimes.
An arrest affidavit said Ronald Layne Rowton, 57, and Preston Layne Rowton, 23, both described as homeless, became suspects after the second burglary.
The 850-member church had been helping the men for several months. Minister Mike Kellett said they came in November asking for food and a place to stay in the building. He worked with the family, including driving the men to several job opportunities. Additionally, a church member hired them to do a remodeling job for three months.
“They came to my house church meetings several times, and I shared the gospel with them,” said Kellett. “I think they were trying to do good for a while, even though they had a drug and alcoholic background.”
Preston Rowton, who is on probation for possession of stolen goods and aggravated burglary, told police he and his father committed the church burglaries, the affidavit said. They were booked April 13 at the Ouachita Correctional Center in Monroe, La., on bonds of $30,000 each.
Kellett said the church has a jail ministry, and he thinks those involved will follow up on further teaching opportunities with the men.
“We were disappointed, but we’ve seen this before, and we feel good that we gave them an opportunity to hear the gospel and to come out of that kind of life,” Kellett said.
Does the church plan to change any of its benevolence policies?
“No,” Kellett said. “We try to be wise in how we help people, but you are never going to practice Christianity in a risk-free environment.”