NEW YORK — New Yorkers streamed out of the subway at 125th and Malcolm X Boulevard on a Friday night.

Some headed toward a line of neon-lit stores and restaurants like Sylvia’s Queen of Soul Food. 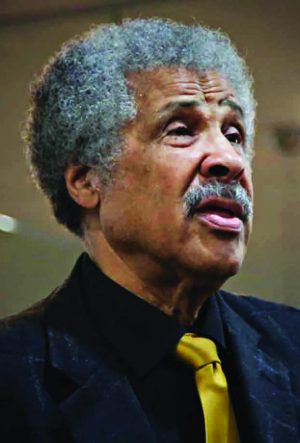 But most of them, it seemed, headed toward the meeting place of the Harlem Church of Christ. The main sanctuary and overflow room were packed with ministers and people who came from across the country to celebrate the life of Roosevelt C. Wells, a tall defender of the faith who preached the Gospel for three-quarters of a century.

This was the second of two memorial services to honor Wells, who died Jan. 3 at age 84. The minister emeritus and elder of the Harlem church was a crusader for racial equality within Churches of Christ. The first service was the night before.

Even with two services, organizers knew it would be a tight squeeze.

“It was our beloved Dr. Wells’ wish that all of his final services be held in the place where he labored, where he worked, where he loved, where he baptized, where he counseled,” said the Harlem church’s minister, O.J. Shabazz, “and we are going to honor that request.”

Preachers, former students of Wells, community leaders and singers filled the humble church building for the Friday night memorial, which quickly turned into a gospel campaign.

Posted by Harlem Church of Christ on Friday, January 11, 2019

Wells would have wanted it no other way, friends of the minister said.

“Let me sound my trumpet!” boomed Eugene Lawton, who ministers across the Hudson River for the Newark Church of Christ in New Jersey. “When God needed someone to evangelize people in New York City and turn things upside down, he found Roosevelt and wife, Dorothy Wells.”

Lawton, 80, and Wells participated in efforts to promote racial unity, including a meeting in Atlanta among black and white ministers in the turbulent summer of 1968.

The packed room reverberated with amens.

A PREACHER FROM AGE 10

“Can anything good come out of Waco?” joked Ruth Wyrick, Wells’ sister, as she read a letter of tribute to her brother, who was born March 8, 1933, and grew up in the Eighth Street Church of Christ in Waco, Texas. Their mother was widowed when they were young, Wyrick said, and “for so long it was my mother, my brother Roosevelt and me.” 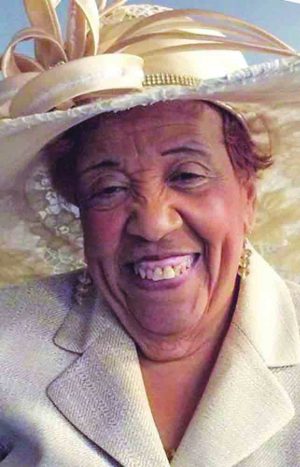 Wells was baptized at age 9. Only a year later, he started preaching.

“Other than throwing a newspaper as a boy, he’s been a preacher, Wyrick said, “And he was a mighty one at that.”

In Waco, the young Wells caught the attention of R.N. Hogan, a minister and church planter in Texas and California, who asked him to read Scripture at gospel meetings.

Another minister, J.S. Winston, served as a mentor for Wells and encouraged him to enroll at the Nashville Christian Institute in Tennessee, a preparatory school for African-American youths associated with Churches of Christ. There, Wells studied under Marshall Keeble, the African-American evangelist who brought an estimated 30,000 souls to Jesus in his 71-year ministry career.

But Wells’ time at the institute was short-lived. An illness in his family sent him back to Texas, where he graduated from high school before earning a degree from Southwestern Christian College in Terrell, Texas, the only historically black college associated with Churches of Christ. There he met his wife. Later, when his sister married Deacon Wyrick, Wells walked her down the aisle.

Wells’ first ministry assignment was in Okmulgee, Okla. He later preached in Pontiac, Mich., and his travels took him to pulpits in Jamaica, Los Angeles, Arkansas, Florida and Virginia. Wherever he preached, he also trained ministers.

In 1965 he began preaching for the Harlem church, where he served as minister until 2000.

Throughout his ministry, his sister said, “He only spoke the truth and God’s love.”

PREACHER WITH ‘A TENDER HEART’

All of Harlem, it seemed, was grieving for Wells, one family member said.

The crowd that gathered for the four-hour Friday night service was a mix of faces black and white, some wearing fur coats and others clad in tennis shoes. Some came in black suits and others in leather pants. It was a testament, friends said, to Wells’ ability to minister to people from all walks of life. 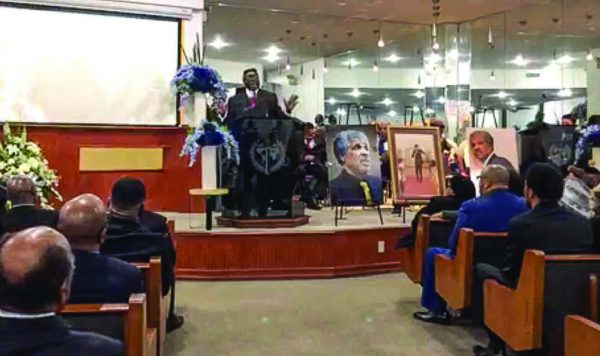 W.F. “Billy” Washington Sr. preaches about Noah, ravens and doves at the second of two memorial services for R.C. Wells hosted by the Harlem Church of Christ

The night before, a slate of ministers from predominantly black Churches of Christ across the nation offered tributes to Wells. Daniel Harrison of the Chatham-Avalon Church of Christ in Chicago led the event, which included remarks from:

• Walter Maxwell of the Roosevelt-Freeport Church of Christ in New York, who spoke on behalf of minsters from the northeastern U.S.

• John Dansby, chair of Southwestern Christian College’s board, who spoke about Wells as an educator. 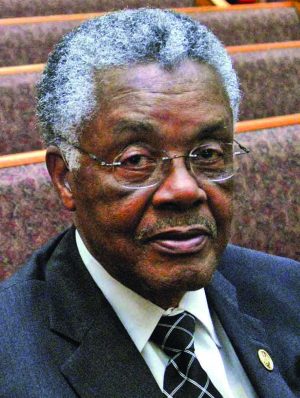 • Andrew Hairston, longtime minister for the Simpson Street Church of Christ in Atlanta, who spoke about Wells in terms of missionary work.

In addition to his fame among Churches of Christ, Wells was known by public figures in Harlem, including Malcolm X and former New York congressman Adam Clayton Powell Jr.

Wells “had an air about him” that projected importance, said Billy Washington, minister for the New Golden Heights Church of Christ in Fort Lauderdale, Fla., “but Roosevelt had a tender heart. … He was a stalwart child of God. He was a soldier, and he was God’s man.”

MENTORS FOR MINISTERS AND SINGERS 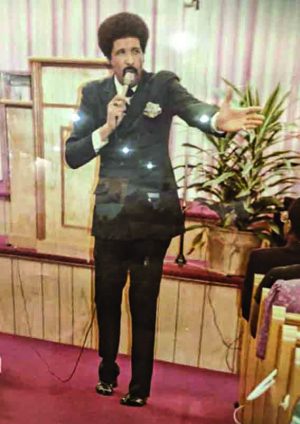 The service included photos of Wells preaching throughout his ministry.

“I was blessed to be with him in Bermuda and in Jamaica,” Turner said. “I was studying with a young man, and I remember how he placed his hand on my shoulder when we baptized that young man.”

Wells also served as a mentor for Richard Price, who worked with the Harlem church for a decade before he became minister for the North Green Street Church of Christ in Tupelo, Miss.

“Dr. Wells allowed me to go on rides with him,” Price said, “and he taught me the business of preaching and how to wear the mantle of preacher and how to make good choices.”

During the Friday service, Price read Pslam 1 (“Blessed is the man that walketh not in the counsel of the ungodly …”) and Donald Ballard of Brandon Fla., read John 14:4 (“And if I go and prepare a place for you, I will come again …”)

Dorothy Wells, R.C. Wells’ wife of 65 years, sat in the corner of the front pew and smiled as minister after minister took the stage behind a line of portraits of her husband.

Some of the tributes were musical.

A half-century ago, Dorothy Wells  launched a singing ministry for young Christians. Former members of that group, The Easternaires, filled the stage for a rendition of the hymn “God Is.”

“Brother Wells and sister Wells have been parents to us,” said Denise West, who grew up singing  with the Easternaires. Now she is a counselor for a church youth group. “They mentored us, and they have been living examples of biblical characters, like Paul, living among us.”

Washington, a seasoned preacher, struggled to contain his emotions as he talked about his friend R.C. Wells.

The best way to honor his memory was to preach, Washington concluded, so he retold Genesis 8 — specifically, the story of Noah sending out a raven and then a dove from the ark to see if the great flood had receded from the land. The raven it “kept flying back and forth,” the chapter reads. The dove “returned to Noah in the ark.” 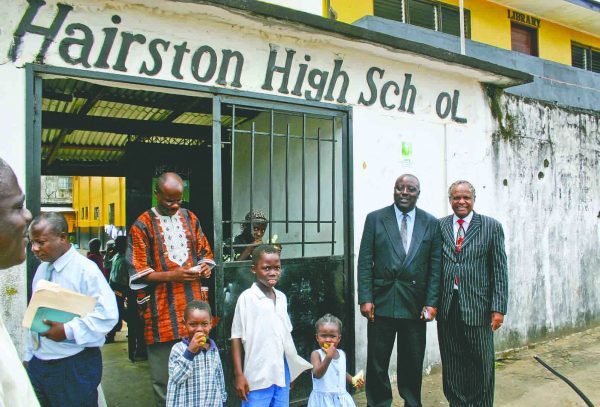 The Wells-Hairston High School in the West African nation of Liberia was co-founded by R.C. Wells and Andrew Hairston. Jack Evans (right, red tie) visited the campus in 2005. Evans, a longtime friend of Wells, is president emeritus of Wells alma mater, Southwestern Christian College in Texas. Next to Evans is Liberian minister Ofusu Bomeo. At left is Liberian evangelist and Southwestern alum Arthur David.

“Are you a raven or a dove?” Washington asked. By its nature, a raven feasts on things that are dead. Doves do not. Washington called those gathered to “come back,” to the Church of Christ.

Russell Pointer, senior minister for the Minneapolis Church of Christ, led a closing prayer. Then church members handed out plastic cards bearing R.C. Wells’ picture and carry-out dinners of fried chicken, collard greens, potato salad, cornbread and rice. The grateful participants returned to the subway and disappeared into the streets of New York.

We’ve lost a great number of servants of late —… 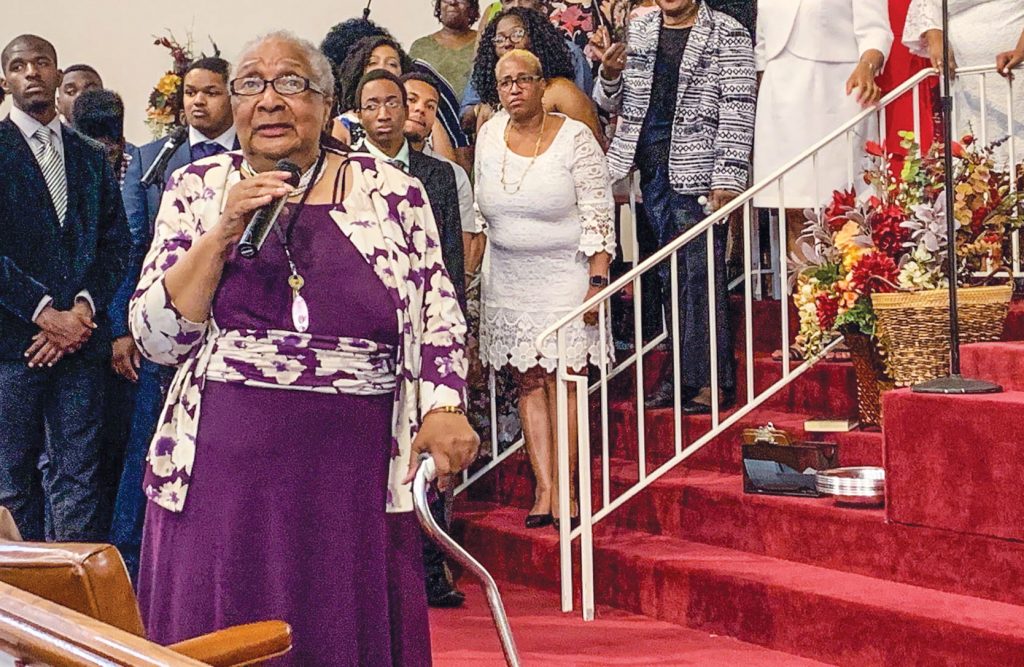 For more than five joy-filled decades, Dorothy Wells was the… 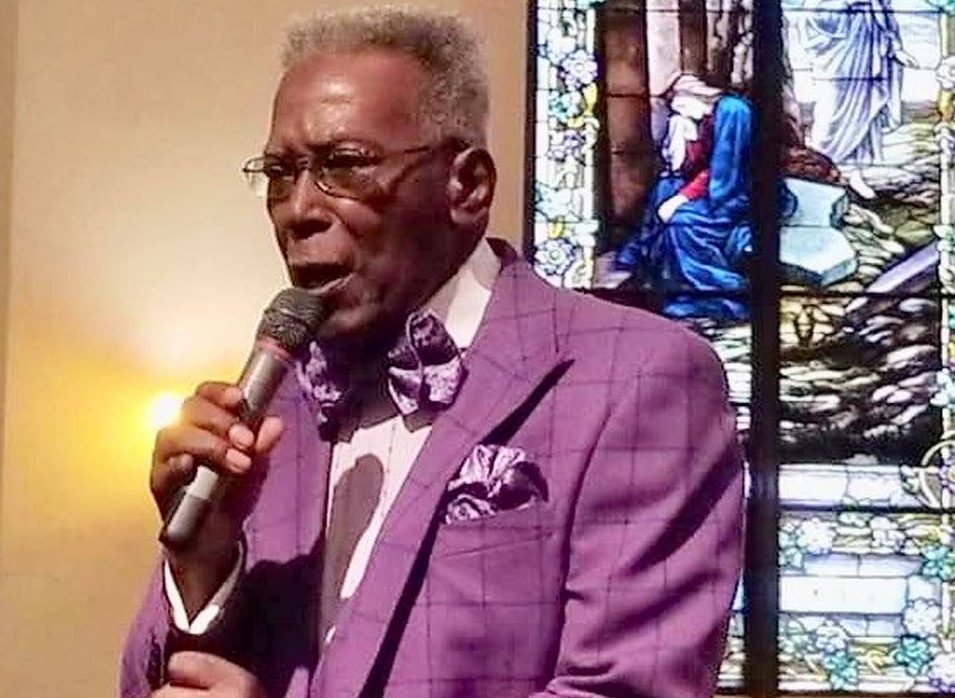