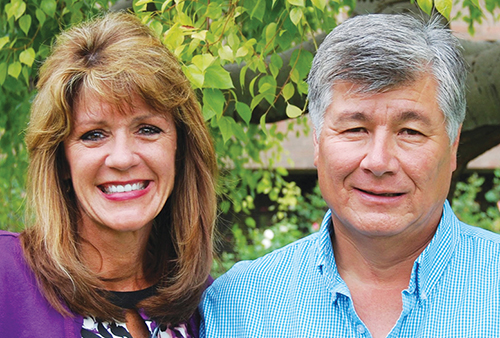 Faithful in setbacks and success

Dawn Ainger isn’t one to let an obstacle — or three — stand in her way.
As CEO of Genova Technologies, an information technology services firm, she has faced personal and professional setbacks.
But she credits her faith — and her church family — with helping her overcome them.
In 2013 she was named one of nine recipients of the Entrepreneur of The Year Award for the Upper Midwest by business consulting firm Ernst & Young.
That’s not bad for a girl from “a small little po-dunk town named Hull,” Ainger joked about her home in northwest Iowa, where her parents became members of the Church of Christ. She married her high school sweetheart, also a member of the church.
She graduated from the University of Iowa with a bachelor’s degree in computer science. Her next goal was to finish her master’s, followed by a doctorate.
But, as she learned, plans change.
On Halloween in 1993, as she got their sons — then ages 7, 5 and 1 — ready to go trick-or-treating, she learned that her marriage was ending. 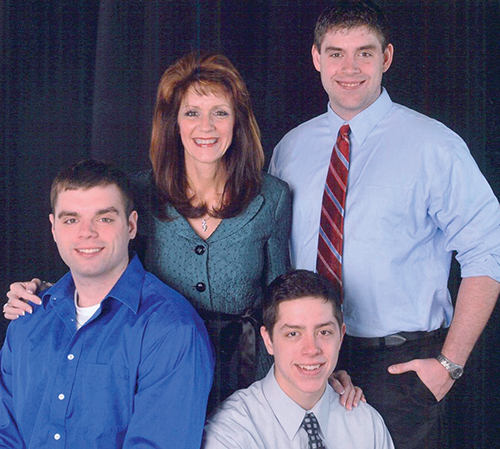 For a long while, Ainger was “just kind of in shock and denial,” she said, “but the church helped me through. I had friends from church I could call at any time, and they’d listen to me.
“Also, our house needed a new roof, and I couldn’t pay for the labor, so a couple of guys at church hired a crew and they came out and did the work.”
She didn’t have the luxury of falling apart. Her sons were depending on her. She finished her master’s and got a job as a software engineer at Genova Technologies. Her dream of earning a doctorate would have to wait. Still, she enjoyed her job — in spite of lingering concerns about the company’s future.
“I knew the company wasn’t doing well, because employees would leave and not be replaced,” she said.
Then, one day in 1998, she and her coworkers arrived at work and found the doors locked.
Rather than panic, Ainger saw opportunity.
“I went to investors and said, ‘I can make this company work.’ I bought stock with my savings, and within a couple of years, I bought out the rest of the stock, and the investors doubled their money.”
Much of her financial success came from simple frugality, she said, adding that “those of us in northwest Iowa of Dutch heritage know how to pinch a penny.”
She remarried the same year.
Six years ago, doctors diagnosed Ainger with multiple sclerosis, a disease of the central nervous system. She immediately thought of the impact it could have on those around her — including 150 families depending on Genova’s success. She didn’t have time for self-pity.

‘I think it’s a Christian’s duty as an employer to be honest, even if it’s bad or scary news.’ — Dawn Ainger

“I thought, ‘If I go down in a heap, then my company and these families do, too,” she said. She assembled a team that would allow her to manage the business and her health.
Now she splits her time between Iowa and Arizona. During the summers, she and her family worship with the Cedar Rapids Church of Christ in Iowa. During the winter, they worship with the Tempe Church of Christ in Arizona.
Members of both congregations consider her an asset.
“She’s very willing to work,” said Patti Schollenberger of Tempe. “She’s an excellent teacher and has taught women’s classes and facilitated several Bible studies.
“But she’s also always up for fun. She never talks about her MS, never complains.”
Chuck Juhl of the Cedar Rapids church agreed.
“For the longest time, I didn’t even know Dawn had been diagnosed with MS,” he said. “It wasn’t something she talked about, and she was never, ‘oh, woe is me!’ She’s always been more, ‘OK, this is where I’m at, and we’re just going to deal with it.’”
The diagnosis has meant some changes. She now walks two miles a day instead of running six, and she recently sold one of the divisions of Genova so that she could focus more on her health. She let her east coast staff know about the sale before it happened.
“I’ve always been very up-front with my staff,” she said, “and I promised I wouldn’t sell them unless I could find them a good home. I think it’s a Christian duty as an employer to be honest, even if it’s bad or scary news.”
Juhl said he believes that Ainger’s concern for others has made her successful both in business and in her personal life.
“My wife has leukemia,” he said, “and almost every day, Dawn will text to let us know she is thinking of and praying for us. Even though she has her own health issues … she isn’t too busy to stop and think about somebody else.&rdquo