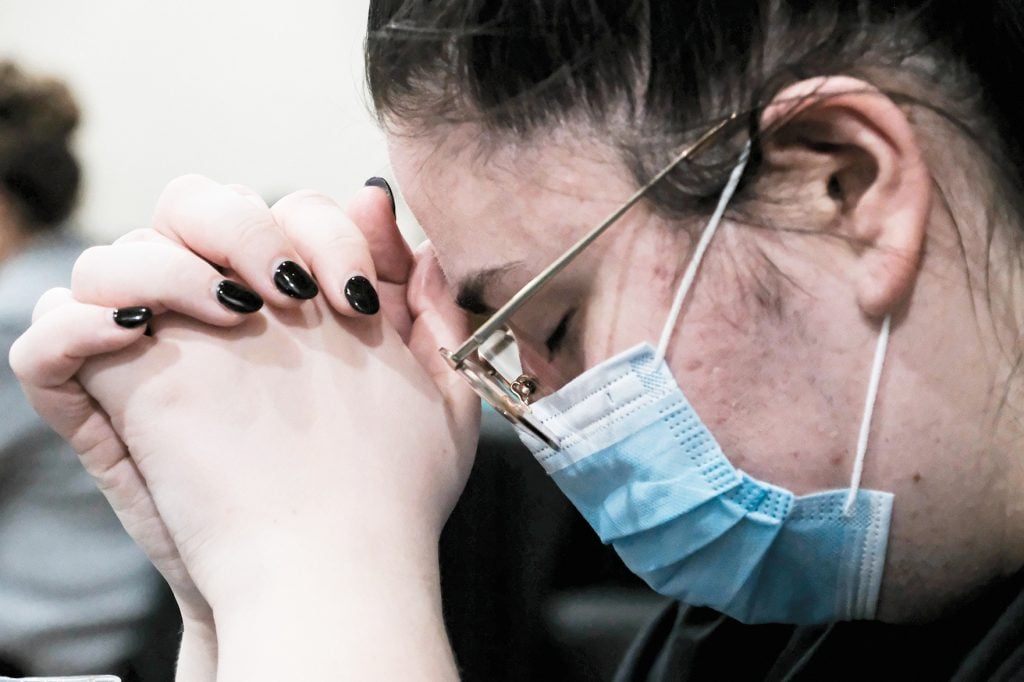 COVID-19, new ministry initiatives and resources — including the use of government grants — dominated the recent discussion.

Jim Harbin Jr., minister for the Raleigh Community Church of Christ, which hosted a portion of the conference, shared good news.

“A lot of care centers during the pandemic either closed temporarily or permanently because they couldn’t afford to keep their staff,” he said. “The government was trying to provide some assistance that would help child care centers stay in business, and we were fortunate enough to be one of those that was selected.”

The congregation began the center 16 years ago after seeing a need. From 6 a.m. to 6 p.m., the urban church transforms into the Raleigh Community Christian Child Care Center, a certified center through the Tennessee Department of Human Services. 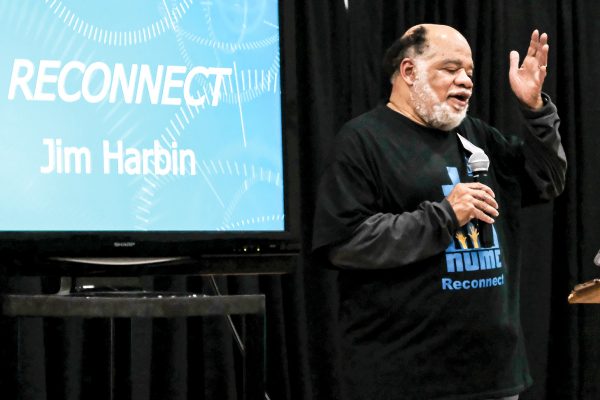 Jim Harbin Jr., minister for the Raleigh Community Church of Christ, speaks to attendees at the National Urban Ministry Conference in Memphis, Tenn.

Infants through 5-year-olds fill the space during school hours. After school, children under 13 join the group. When schools closed due to COVID-19, the center transformed into a remote learning center .

Running a ministry beyond the congregation’s normal outreach required extra staff — and money.

“We kept telling the congregations that this is hard work,” Harbin said, “that sometimes it’s lonely, under-resourced.”

Harbin had learned about government grants through his work as a coordinator with Agape Child & Family Services, a nonprofit associated with Churches of Christ that offers social services in Memphis.

Yet, after seven years of service with Agape, Harbin felt called to make a change. 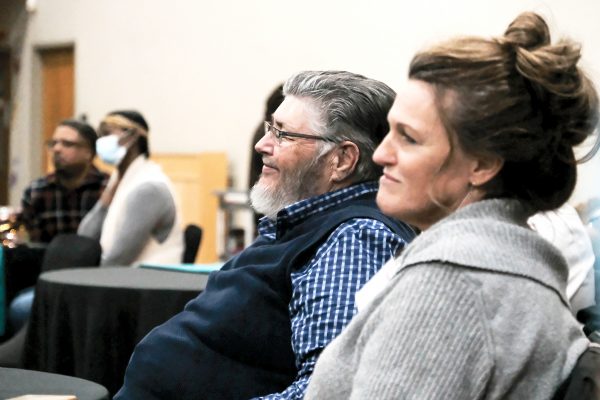 Paul Wilkerson, center, listens to a speaker at the National Urban Ministry Conference.

This does not forbid faith-based organizations from performing religious activities. It merely restricts the use of taxpayer dollars to fund them, according to the U.S. Department of Health and Human Services. 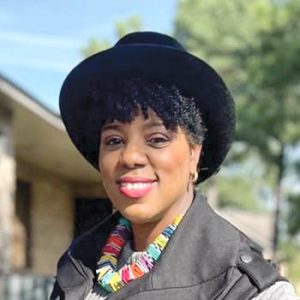 “Unfortunately, we cannot pray with them (clients) because that would be crossing a boundary,” she said. “But we can recommend them to our faith formation program.”

The organization writes its grant applications for government funding to align closely with its social service mission, Garland explained, while privately funding anything related to the spiritual element and partnering with over 50 churches in the area.

“We tell them on the front end, ‘Hey, we’re not going to break any of your rules, but we are Christians — we talk about the Lord, and we ask people to pray,’” said Paul Wilkerson, River City Ministry’s executive director.

Despite its approach, the North Little Rock ministry has received city and state contracts and county, state and federal grants without religious limitations.

“I think one reason they don’t fuss is because we don’t push that envelope too much, but we are not going to draw the line at talking to people about the Lord or praying with people if they want to pray,” Wilkerson said. “You just have to make sure that everybody is getting the exact same offering.” 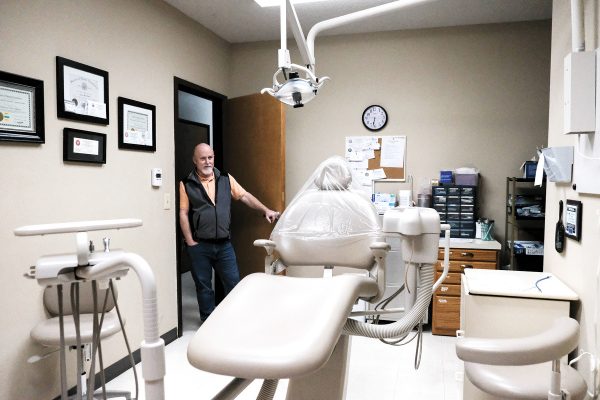 Domestic missionary Keith Lape stands in the doorway of the River City Ministry’s dental clinic, which is funded by an Arkansas Department of Health grant and treats about 1,200 patients per year.

‘Bureaucracy is my boss’

River City Ministry assimilated grants into the nonprofit’s funding when it outgrew the support of its three-tiered financial system — churches, individuals and fundraising — that the organization relied on at its inception in 1989.

At the peak of River City Ministry’s grant funding, the ministry had 24 full-time employees, several of whom the ministry hired to process and document its use of government funds.

While the funds expanded the outreach, they limited the time ministry employees had to foster personal connections with the people they served. Wilkerson said he was soon spending more time on phone calls about grants than meeting with the individuals receiving care from River City Ministry. 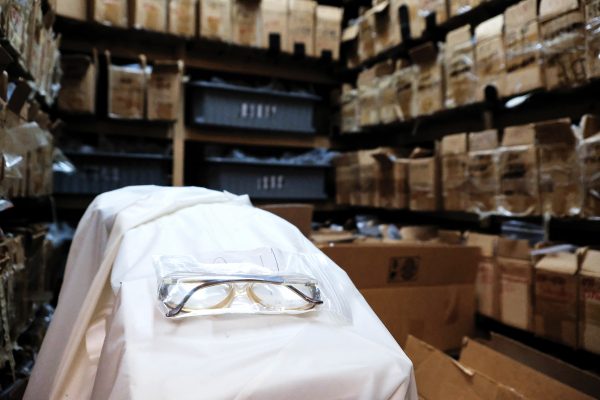 A pair of recycled glasses sits in a closet with boxes of donated eyewear at River City Ministry. The nonprofit’s optometry clinic treats about 135 patients per year.

The changes led to the end of the ministry’s housing initiative, which partnered individuals in need of permanent supportive housing with social workers who monitored their well-being in apartments the Christian nonprofit paid for using government funds.

River City Ministry’s yearly budget, once over a million dollars with government funding, totals $600,000 for 2022, with more than half of that budget still coming from grants.

“What we’ve done with the homeless, we would do anyway. We’d have to dig harder and add a fundraiser probably, but we’re not going to stop doing those things. Those things are in our DNA.”

Despite its struggle with bureaucracy, Wilkerson said he was still thankful for the contribution of government grants. Certain programs — like the clinics — would be significantly reduced without grants through the Arkansas Department of Health. Other outreaches would continue even without government funding.

“What we’ve done with the homeless, we would do anyway,” Wilkerson said. “We’d have to dig harder and add a fundraiser probably, but we’re not going to stop doing those things. Those things are in our DNA.” 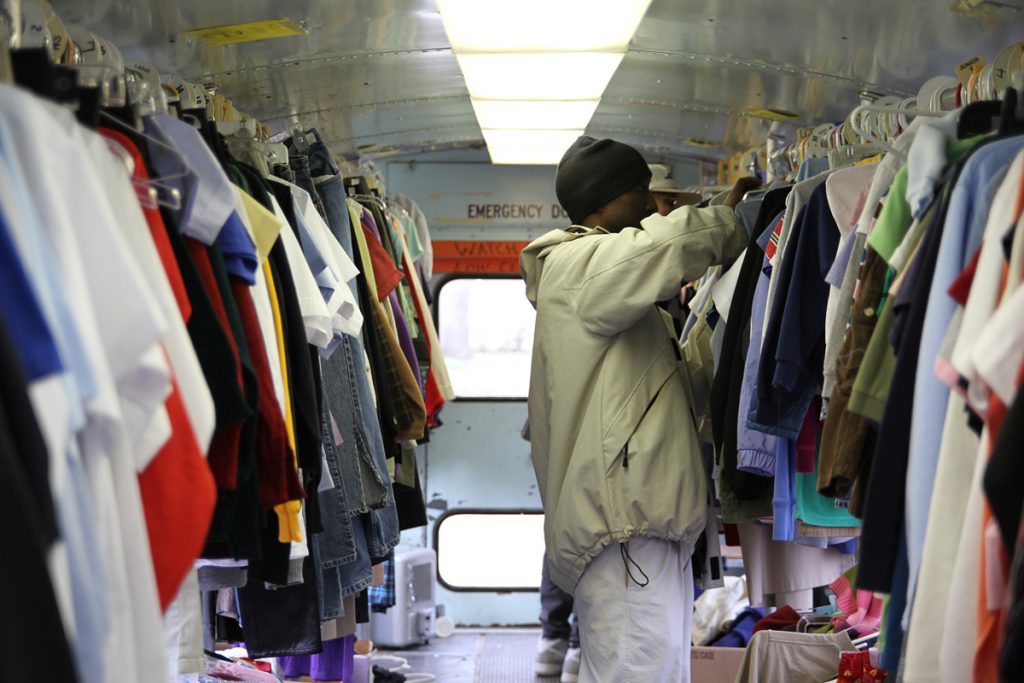 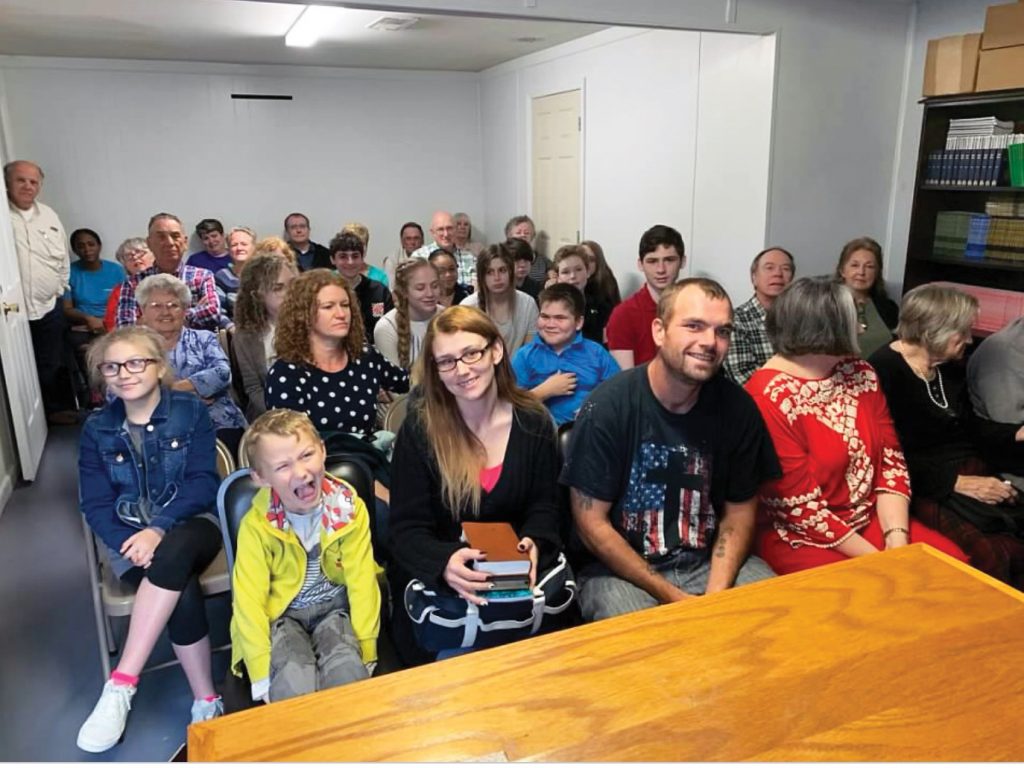 Feeding children on the ‘Forgotten Coast’

Jesus said, “Let the little children come to me.” In… 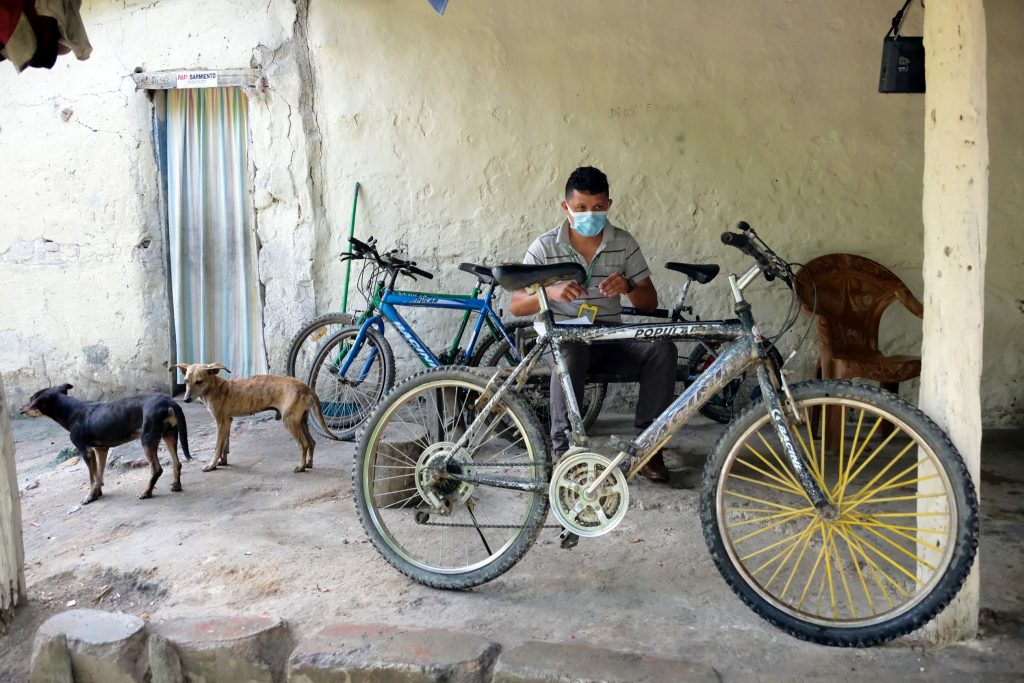 A mission of primary care

LA CAMPANA, Honduras — A military helicopter landed in a…