The surprising ties that bind some of country music’s biggest stars to Churches of Christ.

The black-and-white picture of the newlywed couple appeared in a 1966 directory of the Radnor Church of Christ in Nashville, Tenn.

Mrs. Dean, who met her future husband on the day she moved to Music City after her 1964 high school graduation, is better known as country music superstar Dolly Parton. 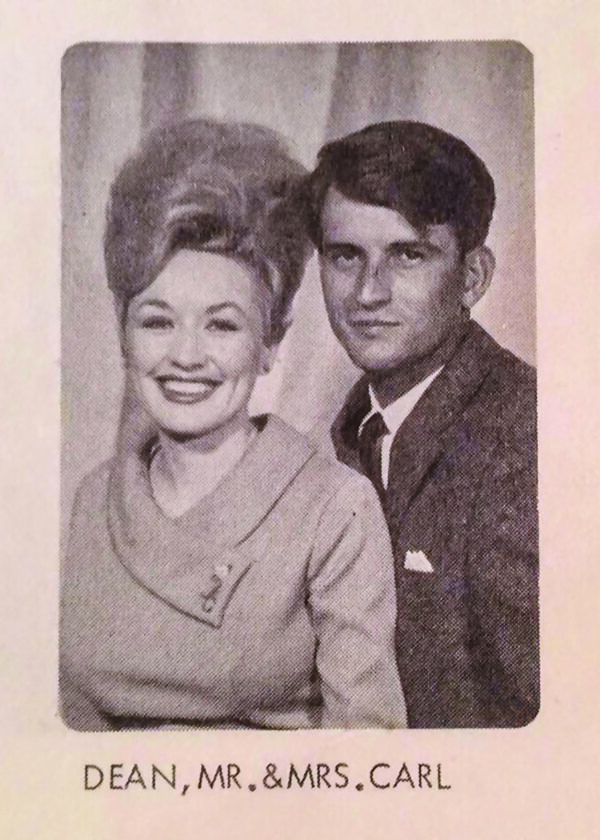 A portrait of Carl Dean and his wife, Dolly Parton, from a 1966 church directory.

The 75-year-old entertainment icon talked about her little-known — and apparently brief — connection to Churches of Christ in her 2020 book “Dolly Parton, Songteller: My Life in Lyrics.”

“I loved my husband’s mother. She was very sweet, and we were like best friends. Her name was Virginia, but everybody called her Ginny,” Parton wrote concerning her mother-in-law, who died from cancer at age 71 in 1991. “Carl’s mother was very religious. She was in church every Wednesday and every Sunday morning.

“The Deans were Church of Christ people. They don’t believe in having any instruments in their church; they just use their voices,” added Parton, who wrote her 1971 song “Lord Hold My Hand” with Ginny Dean. “Ginny had this big, beautiful, ‘church’ kind of voice. Very proper. It sounded totally different from our ‘Holy Roller’ church back home.” 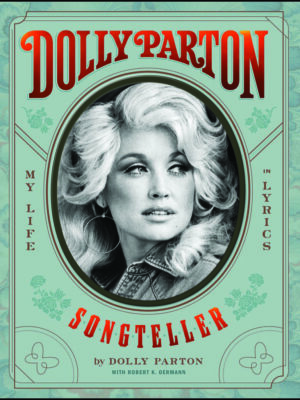 Parton sang an a cappella version of the hymn “Whispering Hope” on her 2003 album “For God and Country,” noted Shane Robinson, a member of the Henderson Church of Christ in Tennessee.

In a promotional video from that time — shared with The Christian Chronicle by Robinson — Parton described “Whispering Hope” as her husband’s favorite song and said she recorded it as a surprise to him.

She recalled that “you could bang on a tin can if you wanted to” at the Pentecostal church where she grew up.

“But when I first married my husband, or even when we first started dating and I would go to church with them, I would sit there — it was so sacred, beautiful, great voices,” Parton said. “Especially that song ‘Whispering Hope.’ … Of course, we used to sing it at our church, too, but it was really special at theirs.”

Like Parton, a number of country music’s biggest stars have had ties — some fleeting, others lasting — to Churches of Christ.

That’s not to mention pop singers such as Nashville-bred Pat Boone, for whom Elvis Presley opened in the mid-1950s.

The late Merle Haggard, whose 1968 hit “Mama Tried” referenced all his Sunday learning, was the son of a “a strict and pious member” of the Church of Christ, The New York Times reported in his front-page obituary in 2016.

The late Kitty Wells, dubbed the “Queen of Country Music” for her pioneering success in the 1950s and 1960s, was a member of the Goodlettsville Church of Christ, north of Nashville.

In “Forever and Ever, Amen: A Memoir of Music, Faith, and Braving the Storms of Life,” Randy Travis recounted his 1991 immersion by minister Dan Harless Jr. at a Church of Christ in rural Ashland City, Tenn.

The late Sonny James, a 2007 Country Music Hall of Fame inductee known as “The Southern Gentleman,” was a member of the Brentwood Hills Church of Christ in Nashville.

Thomas Rhett, who shared the Academy of Country Music’s 2020 Entertainer of the Year Award with Carrie Underwood, grew up in the Madison Church of Christ, north of Nashville.

Related: Wife of Thomas Rhett opens up about life in the spotlight

Tennessee is, of course, the heart of the country music universe. It’s also an epicenter of Churches of Christ, with roughly 200,000 men, women and children in the pews statewide. That’s the fellowship’s second-highest number of adherents in any state, behind Texas. 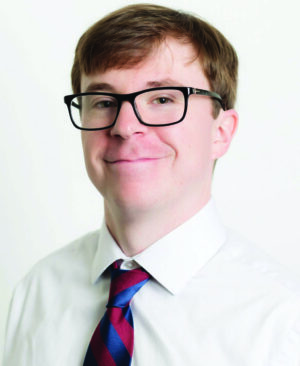 “Geography is almost certainly a major factor,” said John Young, a theology professor at Amridge University, a Montgomery, Ala., institution associated with Churches of Christ.

“Even branching out beyond Nashville, one would expect the geographic footprints of country music and of the Churches of Christ to overlap pretty significantly,” the professor said in an email. “So it’s not too surprising that many of ‘our’ most famous musicians, ranging from Patti Page to Glen Campbell to Dwight Yoakam, had or have deep ties to both worlds.”

The prevalence of hymns within the broader country music tradition likely plays a role as well, Young said.

“I also think, however, that the participatory nature of congregational singing instills within many members a passion for music from a young age,” he said. “This might help explain how performers as different as ‘Weird Al’ Yankovic, Billy Joel, Meat Loaf and Daniel Johnston all have some sort of meaningful connection, past or present, to the Churches of Christ.”

Baptism of a ‘Coal Miner’s Daughter’

In her 1976 autobiography “Coal Miner’s Daughter,” Loretta Lynn, then 44, reflected on her “funny beliefs,” which she said sometimes mixed religion and superstition.

“I’m trying to lead a good Christian life, especially since I got baptized two years ago,” she wrote. “So there ain’t too much spicy to tell about me — just the truth.”

Elsewhere in the book, she proclaimed, “Nobody’s perfect. The only one that ever was, was crucified.”

She attended church on Sundays and listened to preacher Elzie Banks “tell us about God and the devil.”

“I believed it all, but for some reason, I was never baptized,” she said. “After I started in music, I got away from going to church and reading the Bible. I believe I was living the way God meant me to, but I wasn’t giving God the right attention.” 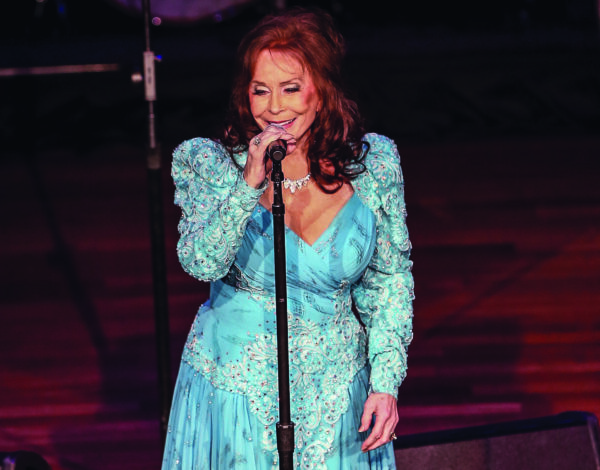 Loretta Lynn discusses her decision to be baptized in her 1976 autobiography “Coal Miner’s Daughter,” which became the basis for an Oscar-winning film.

But then her band member John Thornhill, twin brother of her band leader Dave Thornhill, was baptized.

John Thornhill stopped drinking and staying out late. He began praying whenever he got the chance. He bought grape juice and crackers for the Lord’s Supper on Sundays.

“I was real nervous because the Bible says you have to be immersed, and like I’ve said so many times, I’m scared to death of water.”

Eventually, the country star decided to be baptized.

“I was real nervous because the Bible says you have to be immersed, and like I’ve said so many times, I’m scared to death of water,” Lynn wrote.

“I’ve tried to keep up my religion since then,” she said in the 1976 book. “I can’t get to church most Sundays because of my traveling, but I’ll read the Bible whenever I can.

“I want to make another religious album someday, but it will have to be without instruments. The Church of Christ feels you should make music in your hearts, but they’re against instruments for religious music.” 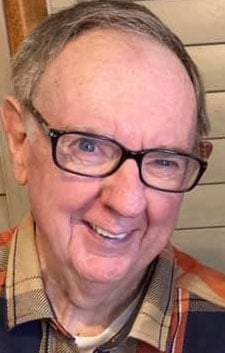 Terry Rush, retired minister for the Memorial Drive Church of Christ in Tulsa, Okla., went to see his friend Dave Thornhill before one of Lynn’s concerts in the 1980s.

Dave Thornhill introduced Rush to Lynn, and the preacher and the singer became close friends.

“She just adopted me because I was a preacher in the Church of Christ,” said Rush, who for many years directed the now-defunct Tulsa Workshop, originally known as the “International Soul Winning Workshop.” “I ended up going out to her farm in Tennessee and meeting her husband.

“The neat thing,” he added, “is that she really was serious about her faith and a devout member of the church.”

‘It worked out for them’

Combs grew up with Carl Dean and attended the Radnor church with him. They were good friends. 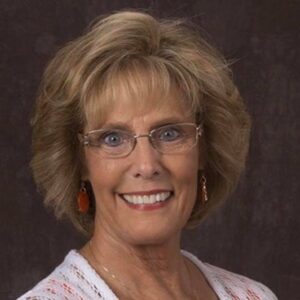 (Parton, Lee and their husbands became friends and visited each other’s houses to eat and play cards, according to Parton’s book.)

Carl Dean was extremely shy, Tubb said, but on a summer day in 1964, Combs urged his friend to talk to “the gorgeous chick walking by with a basket of clothes.”

Dean was 21, and Parton was 18, when the two met at the Wishy Washy laundromat in Nashville.

“It worked out for them,” said Tubb, a member of the West Seventh Church of Christ in Columbia, Tenn.

It worked out for Tubb and Combs, too. Ginny Dean, Carl’s mother, knew Tubb from a Nashville-area Church of Christ where both were members. She introduced Tubb to her son’s friend because she thought the two would be a good match. They married in 1976.

Ironically, Dolly Parton wasn’t even the most popular singer at the Radnor Church of Christ in the mid-1960s.

“The last 19 days of his life, Carl came every day,” said Tubb, a mother of three, grandmother of nine and great-grandmother of eight. “Carl would get a Mason jar and take it to Red Lobster and ask them to fill it up with their little cheesy biscuits, and he would bring them.”

Dean and Combs didn’t talk much about Parton, Tubb said. “They talked about their own fun stuff that didn’t have to do with Dolly,” she said.

Parton is famous for hits such as “Coat of Many Colors,” “I Will Always Love You” and “Jolene,” which was inspired by a red-headed bank clerk who flirted with her husband.

Through a publicity agent, Parton declined an interview request from the Chronicle. It’s unclear if the very private Dean remains a member of a Church of Christ. 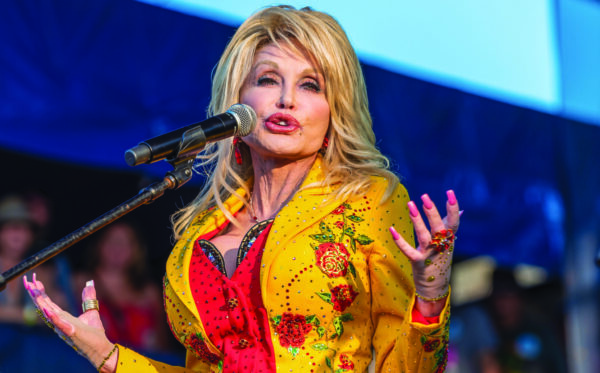 In her 2020 book, Parton said: “I’m not that religious, but I’m very, very spiritual. I grew up in very religious surroundings. I grew up with a Bible background, and I’m glad I did. I know my Bible stories like the ones I mention in this song (‘The Master’s Hand’).

“I’m glad I’ve been everywhere, done everything, and been exposed to other people’s beliefs. I ‘get’ all of it. And I don’t condemn the sincerity of anybody’s faith.”