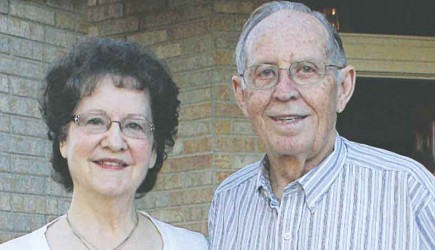 Erik Tryggestad
Tex and Mary Jane Williams
When Robert Harold Williams was 7 or 8 years old, his Sunday school teacher kept him after class and told him he would be a missionary one day.
“No, I’m going to be a cowboy,”  he replied.
But Williams, who acquired the nickname “Tex” for his cowboy shirts, eventually fulfilled his teacher’s prediction. He and his wife, Mary Jane, served as missionaries in South Africa for nearly 13 years.
In 1987, Tex Williams became president of World Bible School. He recruited another missionary to Africa, John Reese, to join the ministry in 1991.
In 2006, Reese succeeded Tex Williams as president.
Ernest Bullard
“There’s nothing like World Bible School,” Ernest Bullard said.
Before he became a Christian, Bullard’s lifestyle and temper resulted in multiple convictions.
“My longest sentence was 10 years,” he said. “That one involved Church’s fried chicken, a whiskey bottle and a slit throat.”
In a Texas prison, Bullard enrolled in WBS and studied the Bible. He worshiped with Freedom Church, an outreach of the Westover Hills Church of Christ, at a transitional center.
Baptized in 2006, Bullard has sent more than 13,000 WBS lessons around the globe. He studies with more than 2,100 students.